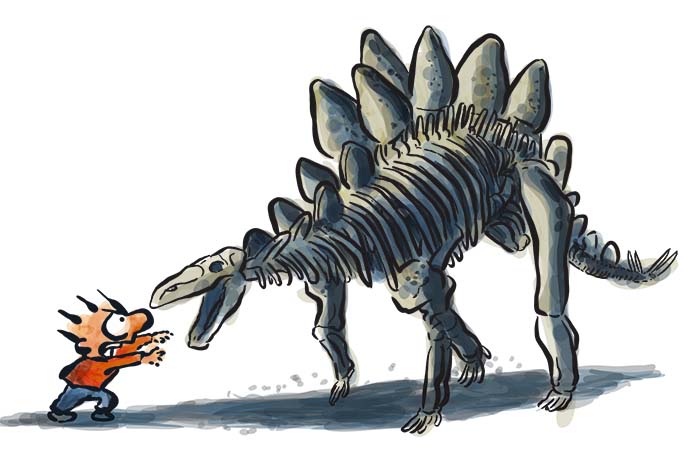 How much does stress affect learning? It's rare that we don't learn lessons from a child.

Even so, I think we don't always pay closer attention to what they're saying. My two nieces have taught me a lot. Here are a few nuggets of simple, yet intense wisdom. And yes, this learning helped reduce my stress levels.

My niece, Keira, was just a year old, and we were invited to a big birthday party.

She was still crawling at the time. She would do is crawl quite a bit, then stop, put her forehead to the ground and just kind of charge herself. Then the forehead would come up, and then she'd be crawling again. It was such a good lesson because kids do this all the time. When they're tired, they rest; they don't give up.

Adults: we give up, we run out of energy, and we say we're hopeless at it. Then we give up. What we need is rest.

Most of us don't get enough rest.

This rest is not just isolated to the end of the day. Kids take breaks whenever needed. If they are tired, they rest and don't give up. They come back the day after that, and the day after, and the week later, and the month after. They keep going, but they know how to rest. Which is not what we do as adults. That's the first thing I learned.

She had gone camping, and she had taken these photos of her friends. Over the weekend, Keira and I assembled the images, and we created a book which she was incredibly proud of.

When we were at the ice cream parlour, I asked her about it. How did her friends react? How did her parents react? They said, “I have to improve my photography a bit. That they said something about composition and stuff like that”. And then, like a child, she just changed the topic and went onto something else.

I stepped in that critique puddle all by myself.

The average response of a kid is “cool” or “sick” or “wicked” or whatever term that's circulating that point in time, but they don't tend to critique stuff as much as you'd think. And as adults, we are given something, and immediately we find holes in it.

Most of the time, when kids give us something, or even when adults provide us with something, they're not looking for our critique; they're looking for approval. When someone comes to you and says, “how's my hair?” Well, we know what they're asking for. And this is a factor that gets underlined frequently when you're dealing with kids.

They're not asking for your critique.

They're just showing you their stuff. And so unless kids come to you for help; unless they say, “Can you tell me how I could improve this?” We're supposed to say, “Wow, this is cool.”

Pick on something that is wonderful and just say, “Wow, I really like this for this reason.”

This takes us to the third part, which is to “stop acting like an adult.”

I don't know when it happens, but at some point in time, dogs annoy us. Birds are too noisy. The music is too loud. We walk into a room, and the loud music would have got us to dance or smile.

Yet, now we snarl. We complain that the music is overpowering. It's not even restricted to music. The frustration and anger gushes into a lot of our daily activities. We get upset because the bank doesn't respond quickly. Or because someone is honking their car horn.

I go to a local cafe, usually in the afternoons. And a Harley-Davidson roared past us. My first thought was to grimace. But I looked at the kid next to me, and she was so excited at the sound.

That's when I realized I had become an adult. Everything annoyed me; the little things bugged me. And it reminded me of a saying that I read in a copy of Reader's Digest when it was very little.

It was a joke about this guy at the bar. He was irritated by the volume of the music. He went to the bar, and he was stopped by the sign that said, “If the music is too loud, you're too old”.

The kid looks at it in a completely different way. And that's why they're so unstressed. They do get wound up from time to time, but not like adults who are fussed about everything in sight.

So there you have it:

1- When you're tired, rest, don't give up.
2- Approve, unless asked for criticism,
3- Stop acting like an adult. The music isn't too loud. You're too old.

The fourth one is even more kid-like than anything else, which is “the future will be different.” One of the recurring questions that I get on interviews or the membership site at 5000 BC is, “how do we cope? How do we sell our products and services in today's environment?”

We started Psychotactics over 21 years ago. The world was a completely different place back then. There were fewer e-mails, less competition with books and courses, and probably not such a sense of overwhelm.

All this information is intimidating, but not for a kid.

It is how the kid sees the world. They see the world as it is. They see the future as a challenge, and they're willing to take it on. I have to stop myself every time. I say, well, “there's so much distraction; there is so much intimidation out there” because I know that if I were a kid, the world would seem completely different. Next day. 🙂

At one point, we used to go to different restaurants, and you were always looking for reviews to go to a new place. Kids don't go through this choice dilemma. You notice that when they're young and they watch the same thing over and over again.

1- When you're tired, rest, don't give up.
2- Approve, unless asked for criticism,
3- Stop acting like an adult. The music isn't too loud. You're too old.
4- The future is what it is. We can't go back in time.
5- Constant variety is for adults. Fewer choices are a better option.

It's still winter. I love winter. It's cold, and it's windy. And while everybody else is out grumbling, I'm like one of the kids enjoying myself. I hope you are too!