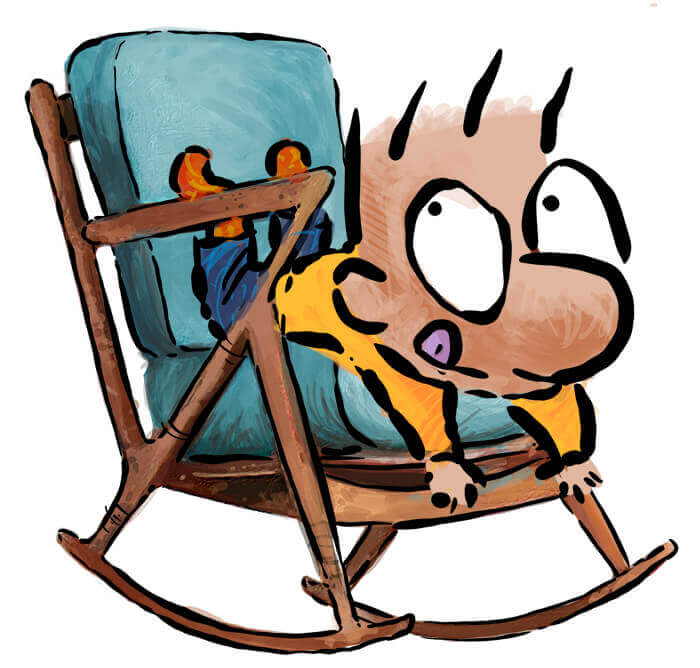 In a perfect world, you would be asked a straightforward question, and you'd give the answer that was expected of you. And most of the time, interviews on podcasts, radio or TV can be just as you imagined, or even better. Yet, there are times when the questions are awkward, or worse, boring.

What do you do under these circumstances? And there's a third situation too: where you're terrified. All of us, will, at some point need to be in some kind of interview. It might not happen today, but it will occur at some point. When it does, this advice is likely to come in handy.

Have you noticed a politician almost never answers the question?

There's a reason why this is the case. It's not because they don't want to answer the question. It's because it's the job of the press to get stuff that will make headlines. On any given day, the answer to the question is likely to get the politician in a spot they won't relish. Hence, in many a case, the politician will accept the question—but then give their own answer.

You and I aren't likely to be politicians, and it's also very unlikely that an interviewer is trying to gun for you. Even so, this method of “not answering the question” is not always a way of deflection. In many cases, it's crucial for you to change the topic. Here are three reasons why:

1: The interviewer's question is off-topic.

I have no idea how we ended up on prime TV, but when we launched The Brain Audit, we did quite a few TV interviews. The TV hosts have a sort of script—that you may or may not have control over. You're live. There's no wiggle room, and you're pretty unsure of what they'll ask.

And the first question that's headed your way is off-topic

What do you do? You do what the politician has learned to do. You accept the question or you deflect it right away. Accepting the question is simple. All you have to say is this: That's a good question, but the real issue is—and in seconds you've steered the answer exactly to what you had prepared in the first place.

TV interviewer: What is the secret to making customers buy?

You: It's not about making customers buy. You're presenting information in the way the brain operates. The brain operates in a very specific sequence and you're presenting the information so that the customer can make a good buying decision. A lot of the buying is about mind-control and this isn't about mind control. It's about the customer saying, “I want to buy something, give me the information”.

Now the interviewer can't backtrack. You've answered a question, not her question. Which allows you at almost instantly to gain control. But that control is only momentary. An interviewer doesn't always have the time or hasn't always done the research to know exactly what you do. She will mull over your answer in her head and will ask the very next question.

That question may be perfectly suited for you, and it's important to agree with the interviewer. She's dealing with a whole new topic and she's going to bring all her professionalism to the interview. However, her curiosity, or personal experience may quickly get in the way. For instance, on The Brain Audit interview, the questions were:

What makes customers buy? (Slightly off target)
We ask ourselves a series of questions; what are they? (this is on target)
She then tries to apply what you've said to her shoe buying experience (still on target)
However, then she goes into advertising and what works and what doesn't (oops).

On a podcast interview, all of this drama is unlikely to unfold

You're accepting the question, but then deflecting it to what you want to say.
OR the interviewer's question is spot on, and you agree and answer the question in as much detail as possible.

However, that's not the only reason why you should deflect the question. The second reason why you want to go down a different path is because there's no surprise when you give the right answer.

2. The question has been asked (and answered many times before)

Bestselling author Dan Brown, was asked a much-repeated question on a live webinar.

The question was: What time do you start writing every day?

Hmm, a mundane search through Google would have got that answer for you, m'lord. Yet, Brown answered the question as if the information was a state-secret.

What should he have said, instead?

The question wasn't a “who wins the early writer award”. Instead, it was some aspiring writer searching desperately for some inspiration in Brown's answer. It's not as if those hundreds of people on the webinar would magically wake up the next day at 4 am to write their own novels.

Dan Brown's answer should have been something like this:. I start writing at 4 am everyday, but what if you don't want to, or can't wake up at that hour. What if you wake up at 11 am, instead? What you need to do is write within the first hour that you're up. You get yourself a coffee, tea, or whatever you need. You get to your computer and you get started.

Unfortunately, Dan Brown is not alone in giving oft-repeated answers.

When a new movie, book, or album is due to be released, authors, movies stars and musicians will do the tour of dozens of TV shows and radio stations. They'll get on over a hundred podcasts, and after a while the questions are remarkably similar. If you were to go to YouTube right now and watch an author talk about his book, you'll find that YouTube runs one interview after another.

In almost all the interviews, there's an overlap of questions. The mundanity of questions may arise from the fact that their PR team has sent the questions in advance, or it could be that the TV production team simply came up with extremely similar questions as everyone else. No one watches dozens of interviews of the same person, or listens to podcasts of the same book.

But as someone being interviewed, you lose your enthusiasm quite quickly

You've heard the questions before and you've said your piece. Hence, you want to make life a little more interesting, and more importantly, keep that enthusiasm in your voice. Which is why you answer the question, and then go down a rabbit hole of your choosing.

You say: Yes, I wake up at 4 am to write, but that's because I need to get rid of all the hot chocolate I bought off the Internet.

Guess what happens next? It's natural for the interviewer to follow that trail and now you're telling fun stories about how you ended up with endless hot chocolate.

Everyone's having a great time and it's all because you answered the question in a way that was obvious—but still covered additional ground.

The interviewer, by the way isn't always at ease.

Even if they've done thousands of interviews, they still want to look authoritative as they interview you. Even if their questions are well researched, even zany, there's always the possibility that a boring question will slip in. Or worse, an audience member will ask a question that almost everyone knows the answer to.

Well, all you have to do is deflect.

Answer the question and deflect and everyone has a great ol' time. And before we go, let's cover one more point. Which is the inbuilt nervousness of being the expert. You should be calm, you should be relaxed, but you're not.

Deflection is cool because it allows you to do the third thing—namely to geek out.

3. You're pretty nervous and need to geek out a bit on your topic.

Adele, Ozzy Osbourne, Luciano Pavarotti, Katy Perry, Rihanna, Rod Stewart, and Barbra Streisand. What do these musicians have in common? They all have stage fright. Some of them don't sleep well or throw up before a performance.

And while you're not getting in front of 10,000 people at Wembley Stadium, the fear is much the same. The only thing that you have in your favour, is that you're likely to be a geek. Which is why the request for the interview came in the first place. The interviewer somehow read an article, or possibly listened to another podcast or watched a video and decided you were the one.

And they can't tell that you're terrified

Well, neither can the audience. We know this to be true because of TV. If you turn on the news today, you're sure to find at least a few interviews on the evening news. These are often people off the street with no prior experience of being on TV.

Someone has knocked on their door, or called them earlier to ask if they're okay being on TV. They're riddled with excitement, and almost undoubtedly a whole lot of fear too. Do you see their fear on TV?

We never do.
We never do.
Not once do you see someone shaking as they answer the question.

Which goes to show that the audience is never going to know, but that doesn't mean you can't have things your way. In an interview, you might get questions that are off-topic and you have to deflect them. Or you may get a question that has been asked many times before.

Again, deflection is in order. However, the biggest reason for deflection has got to be what was hinted at just a bit earlier. That something is enthusiasm.

If someone asks me a question about “how to start a course”, it's probably not that exciting for me. Hence, I'll deflect. I'll go down a path that I know will get the excitement back in my voice. And in doing so, should I have any fear, I'll be so wrapped in the moment, that I'll forget my fears completely.

Those people who show up on TV are not shaking from head to toe, because they're the experts. Maybe some hurricane just passed their window, or they were neighbours to the serial killer. In all cases, they're the experts and the nervousness just doesn't exist, even when they're put on the spot.

There are topics you can talk about endlessly. Well, send that list to the interviewer. She'll look at it, and the chances are she's busy and will almost always stick to your list. You're the expert on the topics and that dampens, or even extinguishes the fear completely.

Should a question show up out of the blue, all you do is deflect yet again, and like a seasoned politician, take on the question you want to answer.

For all of this advice, you're unlikely to be ambushed on a podcast

TV, Radio, and the street may turn out to be a bit hostile at times, but in most cases, a podcast is likely to be a soft pitch. No one is out to get you, but it doesn't mean that questions won't show up unannounced. When they do, you stop for a second, get your thinking cap on, and simply deflect.