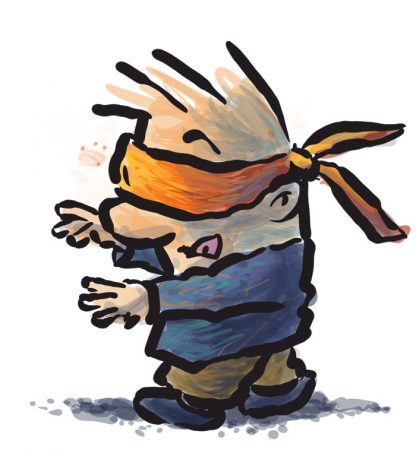 Do you pre-sell if your audience is away on vacation?

Should you pre-sell if you're unsure of a full house? These and other questions are answered in this article on pre-sell.

What if the pre-sell falls flat?

One of the most-repeated stories I tell is about the article writing course. Back in 2005, we'd considered conducting the course online. But I wasn't so sure it was a good idea. “Who would want to learn to write articles”? I thought to myself. And anyway, we had no notes, no audio, not even a syllabus. We decided to treat the announcement as a sort of advertisement for future courses.

To our surprise, the course was filled almost immediately.

And this fluke is what you're trying to avoid. Yes, it does sound all fine and dandy when you succeed. And logically there's no reason to fail if you play your cards right. But the critical factor is in doing your best. And trite as it sounds, it's a philosophy that we have to this day. When we had our meetup in Singapore, six or seven people turned up. In Auckland, our home ground, we had just 6 or 7. That's about 50% of what we'd expect for a meetup. In Frankfurt or Amsterdam, there's usually a waiting list.

No one longs for a less than stellar result

But every time the results have been less than expected, we've gone back to our method and examined what we've done correctly and what could have been done better. We all want to strike gold at once, but the reality is that you're going to have a few misses and a few hits. Over time, however, you will get a far superior strike rate, because of the misses.

Let's see the three points which we are going to cover.

1. Cold vs warm lists in pre-sell
2. Open rates of e-mail (and are they essential for pre-sell?)
3. Isn't it logical not to pre-sell when clients are on holiday?

1. Cold vs Warm lists in pre-sell

A cold list is always going to be much harder to sell. It depends on the product or service, however. Let's say it's a new camera lens, and the person is very interested in “improving their pictures” then they're a cold audience (for you) but a warm audience (in the sense that they are already ready to buy something in that area).

Your product or service ultimately depends on how much the client has been thinking about solving their problem. A warm audience tends to have a few people who have been thinking about the problem, but others that trust your judgment or teaching, or products/services. They inherently believe that you're not going to let them down.

We tend to think rationally about cold vs warm audiences, but that's not entirely a useful classification.

A better classification is:

1- Is the audience warmed up about the concept/product/service? Have they been thinking about it already?
2- If they are, why would they trust you? Or how do you build that trust relatively quickly?

2.Open rates of e-mail (and are they essential for pre-sell?)

The open rate seems to be a good indication and probably is—I don't know. I see open rates as a nice to have but also a bit like window shopping. You don't know who is going to shop. Hence I try to match the open rate by an action rate. Maybe there's a tiny something that you can get the audience to do, and their payoff is worth the trouble.

Now we know for sure that the open rate is a good indicator because 50% of those people are completing the action. To me, that's a good next step because while it's not a purchase, it's still better than merely open rate. It means they trust you just a little bit more to do another step.

Think of it as dating.

People who show up at the party are a good sign, but those who leave together are a better sign. They may simply be dropping the other person home and exchanging numbers, but it's still one stage ahead.

3. Isn't it logical not to pre-sell when clients are on holiday?

People are not (usually) logical. Also, during the time they're away, they check their phones, tablets and e-mails. You can't know for sure if:

The only way to go ahead is to go ahead (and especially if you have no option). The worst downside is that no one buys (this time around). It's essential to check this assumption on a reasonably regular basis. For instance, we were told not to have a workshop in the US during Mother's Day. We ignored the advice, partly because I wasn't aware of the event until after we'd announced and sold some seats. We found that the workshops were full.

Mother's Day in the US is more significant than any other day, including Thanksgiving or Christmas. I'm not sure of that fact, but it's big enough for people not to show up. We had as many women show up on Mother's Day like any other day during the year. Why? The workshop was scarce enough and valuable enough for them to figure out that they could still celebrate Mother's Day when they got back, but the workshop wouldn't exist in the near future.

The lesson (inadvertent as it was) was that you can't trust a holiday or some logic. The emotion of loss is far higher than the logic of a particular day or season.

– I think a safe assumption to make is that: people do want to learn more and deepen their skills.
– Often they don't buy because there's not enough safety or the uncertainties and value proposition are not clear.
– The snippets help them build up the value proposition in their mind, coupled with safety, the buying signal will turn on.

Let's take an example of an excellent series—that doesn't sell as much.

If you look at a series like ‘Black Belt Presentations', you get a good idea of how you can create a really valuable, and result-oriented product and still have lower sales than other products.

Let's start with Point 1: safe assumption to make is that: people do want to learn more and deepen their skills.

Clients realise the power of seminars, presentations and webinars

Webinars may be seen as sales pitches in many circles, but it's also a great teaching tool. And a webinar well done is a powerful way of creating trust. Clients show up live to a webinar series, but also tend to watch the series later. And an incredibly large number of people aren't very confident about their presentation skills. Which is why it's a safe assumption to suggest that they would like to learn how to create a robust structure for their presentations and webinars.

If they are sharing the screen, it's essential to have slides and graphics that are powerful, without taking a lot of time to create. These skills are something that clients want to deepen and improve. Without the skills, they feel exposed, or at least shy about their ability to become an authority in their field.

Point 2: Often they don't buy because there's not enough safety or the uncertainties and value proposition are not clear.

The ‘Black Belt Presentations' series is a clear example of lack of value proposition. Not because the sales page is unclear, or the contents of the series are fuzzy. Instead, the problem lies with the positioning. The series is targeted at presentations. Most clients are unlikely to make presentations and would at best be conducting webinars.

Even so, they need to understand how a webinar is an excellent tool, how to use it and how to attract clients as a result. Right now, the value proposition may not be clear. The product was created with one audience in mind, but that audience is smaller. To get a more significant pre-sell factor in place, the angle of the page needs to change. And the pre-sell goodies will need to change to suit a webinar and the factor that the webinar creates a big difference in the perception of the client.

Point 3: The snippets help them build up the value proposition in their mind, coupled with safety, the buying signal will turn on.

The snippets would need to tackle the issue of “getting known”; of “how to get across the points” etc. Right now, if the snippets were all about how to present on stage, they would fall on deaf ears most of the time. The reality is that the lessons in the book are about getting the point across in a dramatic manner, whether on stage or through a webinar.

It's easy to see how the current positioning dampens the snippets and goodies. Clients may not leap speaking on stage vs getting clients to trust them more and therefore won't buy, even with the right pre-sell in place.