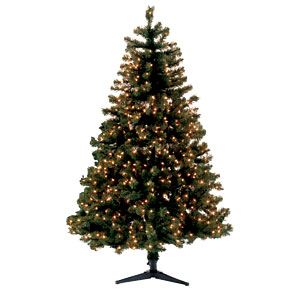 Have you ever seen fairy lights on a Christmas tree?
Each bulb is connected to each other.

Yet if one bulb fuses…
The next one seems to fail.
And then the chain seems to break.
So if you started out with five hundred lights on your Christmas tree, the failure of one bulb could take away the glow of about fifty bulbs.

In your brain you have about a hundred billion ‘bulbs’ called neurons (give or take a few zillion)
These neurons are pretty darned useless by themselves.
But turn on a memory, or a skill, and these neurons light up.

Now what’s really important is the understanding of how ‘talent’ and neurons are connected
Let’s say you can draw really well.

When someone gives you a pen and a sheet of paper, and asks you to draw something, a set of those lights fire up. And when you look at the firing up, it seems that all the lights fire up at one go.

But in reality there’s a gap.

But the firing up of the neurons depends on the database in your brain
Which is why ten thousand cartoonists can look at the same political drama unfolding, and can draw ten thousand political cartoons that are totally different from each other. The cartoons still reference the same drama.

But the cartoons differ in terms of gag timing, in style, in size etc. And that’s because of the pathway that each cartoonist’s brain is following.

So what’s really happening in their brain?
Think of the fairy lights on the Christmas tree.
And imagine they were not all yellow lights.

Imagine instead that the lights had the ability to mix (like you mix colours on paper)
So as you turn on the switch, a set of red lights ignite and race to turn on.
At the very same time, the yellow lights ignite their sequence.
And at one point, the red and yellow lights meet at a junction.
And you get an orange.

This is the genesis of an idea
Bulbs of different colours mixing at one specific point.
It’s how the neurons in our brain work.

Now instead of just red and yellow lights, think of millions of shades of lights (millions of neurons).
And they’re all racing, and meeting at different junctions.

Suddenly there are millions of shades. Shades that all culminate to create a neuron dance.
And the neuron dance ends up with you saying “Eureka!”

Which is why ten thousand cartoonists can look at the same drama
And each draw one, two, even ten funny gags.
It’s because of how their bulbs light up.

But the question remains.
We can indeed fire up millions of neurons in our brain. We can reference vast memory banks.
But why can’t we come up with gags?
Why can’t we be funny too like that cartoonist or comedian?

And it’s true. They do think in a different way
In fact, somewhere along the line, their brains worked out a neuron dance with one added combination: the combination of how to make something funny.

All the fifty bulbs come alive.

What we have to do then, is to find that darned fuse bulb. And make sure we replace it pronto.

And when that bulb is replaced, then we have a new dance.
A neuron dance that enables us to think ‘funny.’