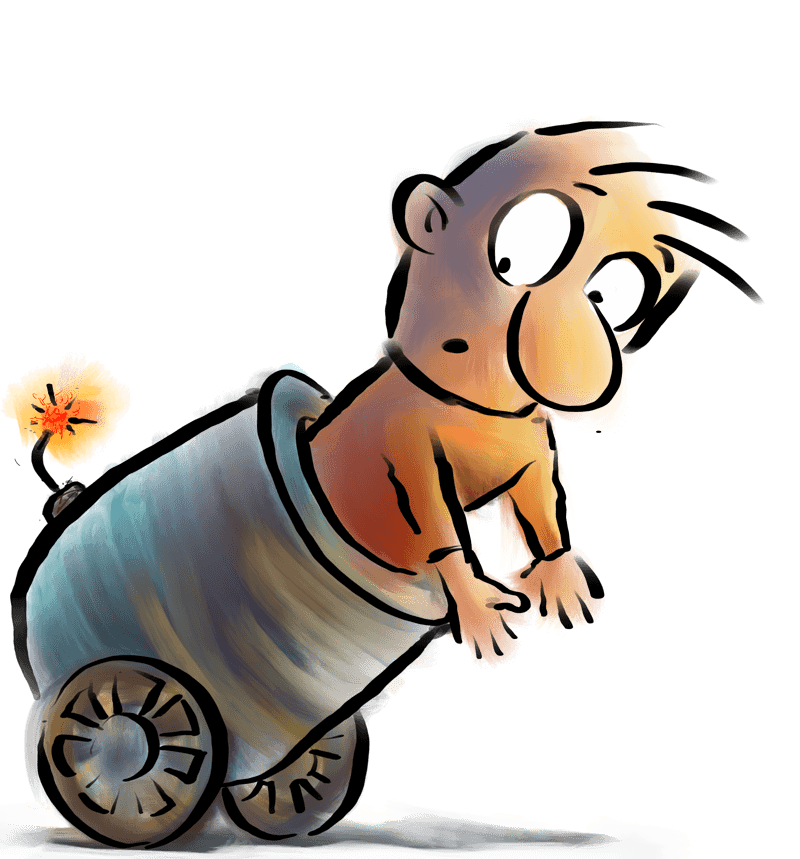 How do you know whether your business idea is good or bad?

Is there a system of validation for your info-products, courses and workshops, or do you just go with the wisdom of the crowds? This episode shows you exactly what causes one business idea to fail and the other one to succeed.

This series is about the validation of your business ideas. We will explore what  is important when you’re about to embark on a new business idea.

In this episode Sean talks about

Part 1: How to distinguish between your own voice of fear, and your voice of reason
Part 2: Good ideas can't be left on the bench; they need to be consumed right away
Part 3: The big picture is usually the biggest problem

Re-release: How To Overcome Self-Doubt While Researching Your Business Idea

Original: How To Validate Your Business Idea

Imagine if you invented a set of tyres and they were ridiculed.

That is precisely what happened to a vet from Belfast, Ireland. This vet, named John Boyd Dunlop, watched with a bit of angst as his son, Johnnie, as he bounced madly while riding on a bike on a cobblestone street. The solid rubber tyres were clearly not suitable and he set about inventing the first commercially viable pneumatic tyres.

But then they made fun of him. They called the pneumatics, “pudding tyres”.

What would you do if you were in Dunlop’s place?

We know that Dunlop didn’t give up. He didn’t give into the ridicule, but partnered instead with Irish industrialist W. H. Du Cros to create the Dunlop tyre factory both in Ireland and across the world. But what if Dunlop backed away? What if he wasn’t so sure if his invention would be a success?

This series is about the validation of ideas. And in three parts we explore three chunky bits that are important when you’re about to embark on a “pudding sort of idea”.

And here’s what we’ll cover:
-How to distinguish between your own voice of fear, and your voice of reason
-How to go about validating your idea to give yourself the best chance of success
-Tips for getting over analysis paralysis

Part 1: How do you distinguish between your own voice of fear, and your voice of reason?

If you buy really well-made bread, it goes through a cycle.

At first, it's delicious. It's likely to be crusty on the outside, soft on the inside. But keep it on your kitchen bench for a few days, and it starts to get hard. In a week, it's likely to get rock-hard and possibly get mouldy. The question to ask yourself at this point is: Did you buy bad bread?

And the answer is self-evident

The bread wasn't bad, was it? But if you take the best loaf of bread, made by the most dedicated baker, and you keep it outside for days, you're going to get an almost identical result. This is true for good ideas as well. No matter how great your idea happens to be at the start, the hardness will set in and so will the fungi.

Good ideas can't be left on the bench; they need to be consumed right away

However, this is where things start to go horribly wrong; only we feel like it's going just right. The way things unfold is through testing, research and working out if the market needs our product. Once we've gone around the research block many times, we then wonder if we have anything new to bring to the table. And as we're doing all of this evaluation, the market marches on. The more we research, the more we get stuck in our own trap to the point where the only thing we can do, is to scout for yet another idea. Fear takes over, and we don't know what to do next.

But why are we fearful in the first place?

We're fearful because we can't see the big picture. When you look at most business owners, they don't look confused and composed. They seem to have all these projects going; they appear to be attending events, speaking, turning out courses and books. In short, they seem to have everything well under control. You, on the other hand, aren't able to see so far into the distance, let alone figure out a way to get there. And this lack of the ability to see way into that future, plus the ongoing intimidation from seemingly successful people, puts you in a position of great angst.

The big picture is usually the biggest problem

Entrepreneurs who succeed rarely see the big picture. They're not entirely clueless, either. They know where they want to go, but it's still, at best, a hazy view of the future. What they tend to look at closely is what's in front of them. To understand the analogy, think of yourself in a car. Let's say you have to drive from Auckland to Wellington, a route of almost 8 hours of hard driving. Do you know what Wellington looks like at this moment? It would hardly hassle you because you're focused on the road right in front of you. Your only piece of research is a sort of GPS system that will more or less ensure you don't get lost along the way.

But wait, you already have your GPS system

You did the research; you read the books, you know how to move forward, so why are you still stuck? If we were to go back to the road analogy, you wouldn't be stuck. And that's because you're not figuring out whether you'll have a puncture 24 km from now. You're not worried that there's other competition; other cars on the road. What you're entirely focused on is the road right in front of you. If you get tired or confused, you stop for a break. If you get hungry, a meal does the trick. All along the way, you're just looking at what's in front of you.

A project somehow needs to have all your ducks lined up in a row, or you simply drive around in circles. But what if there was a way to break up a project into smaller bits? When we think of a business or project let's drop the big, seven-silly-figure plan, shall we? Let's just focus on two core elements. The first point is where we're going to get our clients. The second is where we're going to get them to spend their time.

So where do we get our clients?

If you just build a website, no one will come. Despite being online and having a rock-solid reputation, almost no one comes to our website out of the blue. Instead, they come from somewhere else. When we first started our business, that somewhere else was a portal called “Marketingprofs.com”. We'd publish an article at the portal and clients would head to our website after reading the article. When we'd go to a local, tiny event, and speak for about 30 minutes, prospects would turn into clients and buy an e-book, and then a small percentage would sign-up for consulting.

You only get to see the final one or two-hour show, but you never get to see all the small parts along the way. Comedians painstakingly put forward their jokes, only to see many fall flat. Some make the cut, and they go into the final show. Entrepreneurs do something similar. They make a move here, a move there and they keep going forward. By the time you see that fancy course appearing on Facebook or on their websites, they've made dozens, possibly hundreds of little moves to get to that point. And then, if they're good, as in really good, they keep working on their plan and refining it to the sharpest possible degree.

The road right in front of you isn't that scary

When you consider the entire journey, the possibility of a breakdown, deteriorating weather, and crazy drivers, suddenly it seems like a pretty good idea to put some tea on the boil and stay home. But with every experience you have of staying home, you create a whole new layer of fear. After a while, it seems totally impossible to go ahead with any plan and research and further learning seems to be the only consolation prize.

I know how to create an ePub file. How do I know this? Because I've been through many hours of practice. When ePub first came out many years ago, I was keen to learn it, and so I followed the tutorial and made an ePub file. But it was a dummy file because I didn't want it to be anything a client would hold. When InDesign started to dig deeper into ePub, I went through tutorial after tutorial, in version after version of ePub and InDesign. To this day, I haven't created a single Psychotactics document in ePub.

You can see the problem, can't you?

I'm trying to create this perfect book, this perfect product. Instead of simply planning out a simple ePub, I'm looking at the big picture, and it's stifling me. All the information and all the research isn't helping at all. The ePub project is many years old, and it's like a loaf of bread that's been sitting there the whole time. You can barely believe your eyes when you read this information, can you? You'd think, what's the problem with a measly epub file? Why can't you just give it a shot? Who cares if it turns out right or wrong?

Same question is headed your way

Who cares if the idea is right or wrong?
How about taking on this tiny project and conquering the fear?

And if it fails, you'll figure out a way to fix it. But if you don't start, you know that idea will get harder by the minute.