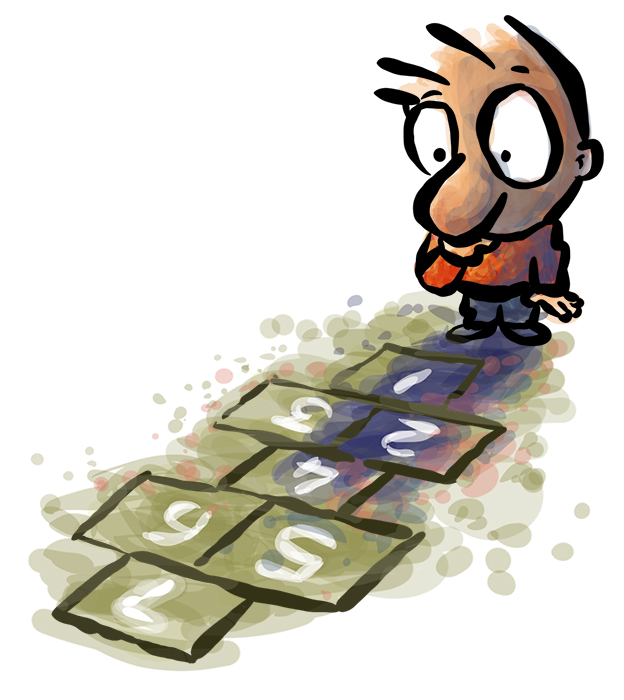 Remember when Google started? Or Amazon?

At Psychotactics we started a few years after these giants. It’s perfectly normal to assume that we got in at exactly the right time. But you and I know there’s no right time, and that opportunities are always presenting themselves.

Which is why when clients ask: What would you do if you were starting today—my answer is remarkably similar. Find out why the strategy of 2020 is not that different from 2000.

What I'd do if I had to get started today

When I started my marketing business in the year 2000, you had to explain to a lot of people what a website was all about. Email was almost a 50/50 split between people who had it and those who had no idea at all. Into such a world a single article would bring a gusher of as many as 50-100 subscribers.

Such a world doesn't exist any more, and that's what our logic tells us

Logic is based on analogy. Which is to say that we look around and see what's happening around us. We see that most people are doing things in a certain way and not getting very far. It makes sense, in such a scenario to be slightly illogical and simultaneously improve your skills and revenue in the process.

And that's why when asked to answer this question: what would you do if you started today? I take a dollop of logic and mix it with something that makes no sense at all. In doing so, it all seems very logical indeed.

Let's start, shall we?

It's a world that's been complaining about an overwhelming amount of content. What's the logical way to deal with such a situation? Turn up the volume. Turn it right up and create content every day for the next 30 days at the very least.

And if the thought of having to put out content every single day scares you, it should. But you will become far better in thirty days than you can imagine, which is already an upside.

One of the big reasons why you need to go at it is because it's already noisy. If I were starting up today, I'd want my music to be the loudest. And the most consistent. When everyone stopped at midnight, I'd want to go until 7 am.

And this may sound slightly ridiculous to the logical mind, but it's precisely what is going to make you far superior in quality and quantity than you are right now.

Will this bring you, clients, right away?

Most likely not. But in time, and as you get better and faster, someone will notice. And you'll also see the folly of just creating stuff. You'll look for opportunities. Your brain will be on fire as you see all of this content not going anywhere. That's when you'll wake up and do something. If I were starting up, that's where I'd go. I'd create a huge volume of content, and shovel it through the door at a blinding pace.

Sounds illogical? Ok, let's bring in a bit of logic too and be consistent.

2) Consistency with a theme

That seems pretty crazy, doesn't it? Or if I were to start up a cafe, I wouldn't start up just another cafe. Instead, I'd start with something called “Coffee Snob”. The coffee would cost 10% more than any other place, but there'd be no wishy-washy stuff.

On Medium.com, no one knows me at all. I seem to have some followers, but probably some cat writing articles has more than me. Even so, a theme would help me—and yes, you—focus. A theme like “Reframe”.

Which means that instead of simply solving marketing and business problems with the usual mindset, we'd turn things around. It wouldn't be a massive overhaul, but just a different way of looking at the same thing.

Having this kind of consistency is a form of branding, if not branding itself. In a world of boring, yada yada stuff, you get attention. And then, once you've churned out a ton of content and stuck it in a solid theme, you go into illogical land again.

3) Cut back once you've done enough.

You've done a lot, and it might be sensible to keep going. No, not really. Even if you're brimming with great ideas, it's time to cut back. For all of those who keep going, there is only the promise of burnout and frustration.

You won't see that on YouTube, or in their writing, and neither will you see it in their books. You're never likely to hear about it at all because everyone is so busy glorifying either how much they work, or how much they want to have a ridiculous four-hour workweek.

Both ideas are plainly ridiculous

No one I know—except those in a retirement home—work so little. I do know people who work way too much. And if you've managed to get enough content going, you should be able to put out the content at a decent enough pace without burning through the sky like a meteor.

Having a decent amount of content enables people to find you but then go through your back catalogue.

People find a good comedian on YouTube, and they watch all the comedy that person can deliver. You find a great author, and you can't get enough of her books. You attend an outstanding course, and you want to do more courses with that person.

But you, as the author, creator, course-person in charge need to ease back. Put out content and make sure that work gets seen but don't fry yourself in the process.

If I were starting up again, that's what I'd do.

Which is also what I currently do. We pour out huge amounts of content and have continued to do so, non-stop since 2002. We've added to it in terms of podcasts and other media. We haven't done it all together, because that would be idiotic. We've also worked with a theme. And we continue to refine the themes as we go along.

The courses we first conducted were good, but we made it better by adhering to “not just information, skill instead”. And finally, we do something and cut back like crazy. Running a business is not about world domination and fame. It's about having more control over your life. Let the crazy ones go to bed at 3 am and wake up at 5. You don't have to do the same at all.

We started our business and decided we wanted time off. It took a few years before we even came up with the idea, but once we did, we worked out what was needed, and we started to take three months off every year.

All of which seems impossible and illogical. But it can be done. If you are starting today, go a little nuts. Scare yourself instead of being right in that comfort zone.

Shock yourself and watch how you can look back in awe at what you've achieved.