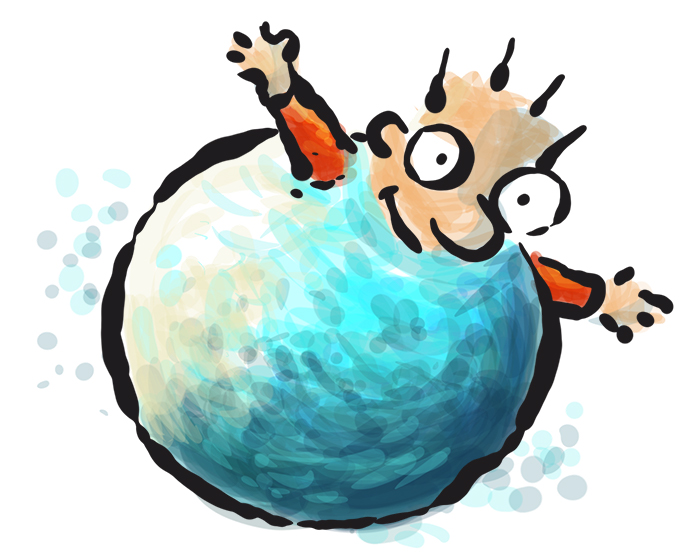 When we think of making the transition to starting our own business online , why do we freeze?

It's simply because we're not sure where to start. A business has so many aspects to it. Yet, most business people never start up a business. Find out what you really should be doing.

Re-release:  Why You Need To Start A Project – Not A Business

Original:  Why You Need To Start A Project – Not A Business

My project was to draw cartoons and to get someone to buy them. Hence, with a little encouragement I took my work to a newspaper, met the art director and tried to get them to buy the cartoon.

Like most first-time ventures, you run into a bit of resistance, and I most certainly did. The editorial staff said my work was good, but needed to get a bit better. But wait, what's the point of this story?

Point 1: I liked drawing cartoons.
Point 2: I started a bit of a project, not a business.

And because I liked what I was doing, it could be treated as a hobby that I could keep working on, no matter what the setbacks. Because I didn't know any better, I treated it like a project, and not a business. Both of those points matter, and it's probably why a lot of people fail when they begin on a journey.

They all want to start a business and most of the time there's no such thing as a business. Most things start out as hobbies, partly because we find we are good at some skill, or been encouraged by someone to move to honing our skill.

Liking what you do is one way to go about it, because no one else has to like it.

For instance, I've done about 3000 paintings in my Moleskine book. At first I was hopeless at watercolours (by my own estimation). Over the last 10 years, I've got to the point where people routinely say, “You should sell these; you should put them in a gallery”.

Which isn't to say that it takes a hobby ten years to mature. With the cartoons, it was a few months before I could go back and get the editors to accept my work. As they used it, and paid me, I mustered enough confidence to draw for other newspapers, then magazines, corporates and a whole range of clients.

It all started with doing something I liked—and not for a business, but just as a project.

However, you can use dislike to fuel a project as well

My wife, Renuka disapproves of many yoga classes. While yoga may be seen to have many health benefits, it has a dark side. If the poses are done incorrectly, there are few repercussions.

However, over time the wrong positioning of the foot can lead to knee or back trouble. You see where this is going, right? It's yoga done wrong and it bugs Renuka a lot.

If she wanted, she too could start up a little project.

The Brain Audit was a project too because it didn't start out as a book. It was merely a way to figure out why clients tend to get so hesitant when buying a product or service. Why they tend to back away at the last minute when they seemed so eager to buy.

When I wrote The Brain Audit, I was doing a bit of cartooning and the tiniest bit of consulting on the side. But it bugged me a lot that I'd lose both consulting clients as well as not get the assignments I coveted in the field of cartoons.

In short, that frustration was fuel to a little fire. Often enough, that tiny fire and droplets of frustration are all that's needed to get a project going.

It's important not to treat it as a business, but more as a project—and there's one more example for you

There's a tiny restaurant near my house. So small in fact, that it's more like a corridor and can seat about 10 people in all. The business, if you look at it from the outside, is a restaurant and does what you'd expect a restaurant to do. It serves wine, drinks and food.

However, on the side there's a tiny project going. The restaurant owner detests badly made bread, so he makes his own. He's even got a bit of yeast that he's kept going for months, or possibly longer. He doesn't like commercially made bread so his frustration is fuelling his bread-making.

Except it's not a tiny project any more

What started out as being just three-four loaves of bread a day, moved to eight, ten, fifteen and now twenty. People like this side project as much as they like the bread. “If you want to guarantee a loaf, you'll have to call me or message me on Instagram” he says to potential clients.

All the while he's focused on his business, as he should, but on the side that bread making may balloon from twenty to forty. And from forty to eighty.

With The Brain Audit too, I was both frustrated with the hesitation but also liked the idea of solving the problem. Both of the impulses of joy and frustration played their part, but the key was seeing it out as a project and not a business.

A project continues to progress, and in time it gets to a point where enough people want to buy it and it's now a business all on its own. If Renuka wanted, her tiny point of frustration could also get to the point where a yoga studio may not be out of place—if that's what she wants, of course.

Is there something that bugs you that you'd like to fix?

Or is there something you'd like to do? Possibly the project has a measure of both—frustration as well as joy. However, for things to go further, we need to start with the project, because it takes time to build momentum. The project needs to grow up a bit before it's a business.