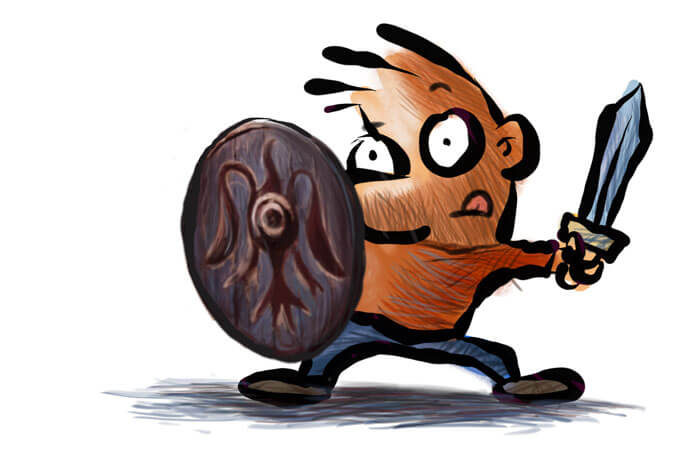 It sounds bizarre to make your own products, courses and services redundant

But it's a very sound strategy that's been used by companies such as General Motors, Apple—and oh, we've done it for almost as long as Psychotactics has existed. What's it about? Let's find out in this episode.

In 1923, Alfred P. Sloan took over a company that was far behind its closest competitor

The company in the first place was the Ford Motor Company with a monstrous 60% of the market. General Motors, in comparison, was lagging far in the distance at just 20%. Part of the reason was Ford's Model T, which was far more affordable than what GM was offering.

GM rolled out not one, but five different brands. Chevrolet, Pontiac, Oldsmobile, Buick, and Cadillac—these were all from the same company but had their own identity and were pitched at different economic brackets of US clients. When we look at what he did, we see a cannibalisation strategy

Let's see: how would we describe a cannibalisation strategy?

The concept seems more straightforward to understand when we think of software or a specific software like Photoshop. For the past 25 years or more, Photoshop has been through thousands of changes and had about 27 versions. Each version cannibalises the earlier version.

Today the program works through a subscription model and upgrades without fanfare, but until quite recently, a new version of Photoshop would effectively be the death knell for an earlier version. It meant that Version 8, would cannibalise Version 7, which in turn cannibalised Version 6, and so on.

When we brought out The Brain Audit, it wasn't designed to be a version—as in Version 1.0. We were so new to the business that we were happy just to have a book that clients were buying. Nonetheless, the earliest version of the book needed an update, but we called it an upgrade (just like they do with Photoshop).

The Brain Audit went from Version 1 to Version 2. And then to Version 3 and finally sits at Version 3.2. With every iteration or upgrade, existing as well as new clients bought into the product. The Brain Audit was cannibalising the previous versions, and all the time, we were getting newer clients and earning revenue.

Which is what General Motors did very effectively

The strategy to overcome Ford was built around how the client would operate. At least in the case of their cars, they'd come back to buy a higher priced brand as soon as they could afford it. What we'd call the upgrade is essentially a concept of cannibalisation.

When Sloan took over as president of GM in 1923, Ford was the dominant player in the U.S. auto market

Ford's Model T cost just $260 ($3,700 in today's dollars), and Ford held 60% of the U.S. car market. General Motors had 20%. Sloan realised that GM couldn't compete on price, so GM created multiple brands of cars, each with its own identity targeted at a specific economic bracket of American customers.

The company set the prices for each of these brands from lowest to highest (Chevrolet, Pontiac, Oldsmobile, Buick, and Cadillac). Within each brand, there were several models at different price points.

By 1931, a mere eight years after Sloan took over; he combined some excellent financial management and cannibalisation strategy to turn the tables on, Ford. GM had a 43% stake vs Ford's 20%.

What can we learn from this seemingly simple concept?

When most of us create a program—whether it is a service, a product or course, we're super happy for a while. Then we tend to get bored and want to create something entirely new.

And I am one of those people.

I'll create an Article Writing Course, and then I'll be itching to create a storytelling course, with the fancy name of “Traffic light storytelling”.

No one is suggesting you stick to one product endlessly. However, when you go back and cannibalise your product, you create two markets—new buyers and existing clients.

The Article Writing Course is no longer on Version 1.0

And clients have not only bought the new version home study, but they may also come back to do the new course online, as alumni. Take the copywriting course as well. That's going through a metamorphosis as we speak and later this year, Version 2.0 will be available. The storytelling course we talked about earlier?

That's been done live in Nashville and Amsterdam, but guess who's keen when I announce a newer version? It doesn't mean we don't create new products, courses or products. But it does mean that the existing products and courses are given a significant upgrade.

When you get down to writing your course or even offering a service look at it as Version 1.0 And when Version 2.0 is on its way, offer it to clients. And you'll experience what Apple does with its phones every year, or what Photoshop did for years, and certainly what catapulted GM over Ford.

Cannibalisation may sound weird to you. Well, then just call it an upgrade.