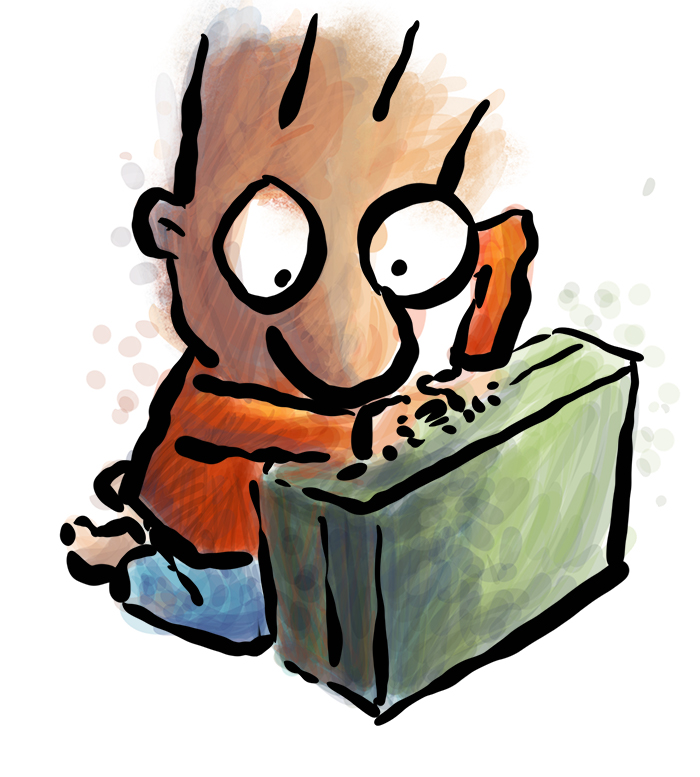 Often contrarian advice is precisely what the client needs.

But how do you present the concepts to clients? Don't you need a lot of proof and research? Here's how you can get your client to not just listen, but also implement your contrarian advice.

Practice makes perfect, but does less practice lead to an even higher level of perfection?

When we started the Article Writing Course, it quickly got the reputation as being the “toughest writing course in the world”. This rather fearsome reputation was due to a slight misunderstanding that was left unfixed.

As part of the instructions, I'd asked the participants to write an article, and since they were early days and we were still finding our feet, I didn't clearly explain myself. However, my intention was that they write one article per week.

Paul Wolfe, one of the participants, was one of the first to take on the assignment and he assumed I meant “one article a day”. He wrote an article on the first day, which other members of his small group also did.

However, on day two, he wrote another article. Once again, the rest of the group followed suit. Before I could recover from this turn of events, the group was writing six articles a week, barring Sunday which was the day off.

When you consider that the course lasted well over three months—at the time—they were writing a mind boggling twenty to twenty-five articles a month, which amounted to a figure well into seventy articles over the duration of the course.

Yet, when you look at the Article Writing Course today, no one writes seventy articles. Instead the number of articles written is closer to twenty, or less. Which doesn't seem to make sense, does it?

Often, you're faced with having to give contrarian ideas to clients

When we're faced with conventional wisdom like “work hard, practice more, stay focused”, it might be easier to get clients to play along. However, the moment you have a rock wall of contrarian ideas show up, there's a wall of instant resistance.

If you were a client currently doing the Article Writing Course, what would you prefer? Seventy articles or twenty articles?

Yet, what's missing from the discussion is the quality of the articles. When we simply put a contrarian idea forward, it's easy for the idea to be torn down. Yet, what if you were told the writers who wrote less, turned out far superior articles? In such a scenario, you're apt to change your mind, aren't you?

In a world filled with people following “rules”, it's important to break the rules, or at least tweak them

Take the concept of “focus”. You're told that you need to focus. You're to turn off all sorts of messaging media as you work, because it's clearly going to slow you down. Yet, many people do a lot better when they're discussing a concept.

Which is to say, if you're on a messaging app like WhatsApp or Messenger, or even a web conference, you can get your work done much faster.

If you're writing an article or a book, or even mulling through an idea, that seeming distraction is not a distraction at all. As you explain the idea to the other person, he/she will come up with objections, or ask for clarification.

Even if you're the kind of person who likes to work alone, a 20-30 minute random collaboration becomes far more beneficial than a waste of time. Instead of you having to think of all the objections, you are being presented with them on a platter. All you have to do is to make sure you answer the questions, either right away or a bit later.

Even so, how do you present these concepts to a client?

You'd think that clients need a lot of proof and research, which is why we tend to keep our contrarian ideas to ourselves. Plus we're afraid of being seen as some sort of crackpots. Yet, clients recognise the validity of an idea even without proof, as soon as you can explain yourself.

If you skip one day, you're falling behind. Two days and you feel like a failure. And even for those who keep to writing an article a day, it's a daily dread for months on end, until they finally get good at the craft.

Instead, we now teach the clients the same technique that chefs use. Chefs routinely cook hundreds of meals per night, but their ability is based on preparation. They chop, they dice and they prepare themselves for the onslaught of diners.

Then, despite the pressure, they're able to turn out excellent meals. Notice, there's no research at all. All it may possibly need is an analogy or a real life example. Clients that set out with gritted teeth to write seventy articles or more, are almost relieved that they will write a fraction of that number and still be far superior.

And when analogies and examples fail, you go for the fail proof method, namely testimonials. If you're just starting out, you're unlikely to get many testimonials, but you don't need a horde. Just two or three testimonials are great to get the ball rolling.

In the testimonials, the clients talk about how they perceived “focus” to be the correct way to go forward, and how they found “managed distraction” to be a much better way of getting things done.

Or how they “spent three hours writing” only to find that “45 minutes of unfinished work” was a much better strategy. When faced with an uphill battle, a good strategy is to find clients who've adopted your contrarian methods and got results.

Getting them to talk about their experiences is likely to be the most efficient way to get others on board. As more people use the ideas, you have a rising number of testimonials, which help the “conventional” idea to seem almost ridiculous.

It's just that we're more afraid, and definitely looking for proof. That proof may be hard to find and even when presented, may meet with resistance. Instead, simple analogies of how we learn, how we cook, how we do everyday activities seems to gel much better when getting an idea across.

To bolster the acceptance of contrarian ideas, start building a list of testimonials as well. Ironically if enough people accept your ideas, you become the norm.

That's such a contrarian idea in itself, isn't it?