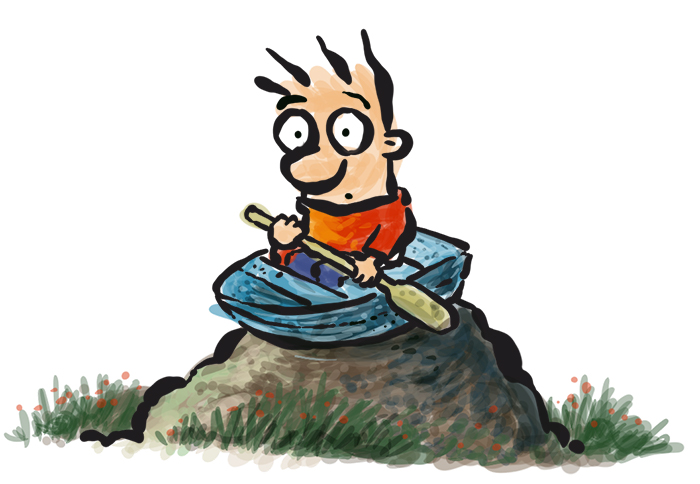 How to develop a unique business using contrarian thinking?

The road to contrarian ideas can be incredibly frustrating and possibly lead to dead ends. Even so, being contrarian means you have to go agains the trends that are clearly inferior. Let's find out what we can learn from extremely contrarian personalities like Galileo and John Yudkin.

Why being contrarian creates a stunning uniqueness factor

John Yudkin should have been revered for his findings, and yet he's a scientist who the world has largely forgotten.

Back in 1972, Yudkin decided to go against the trend. In his book, “Pure, White and Deadly”, he outlined how the obesity epidemic wasn't being caused by fat, but by sugar, instead.

“If only a small fraction of what we know about the effects of sugar were to be revealed in relation to any other material used as a food additive,” wrote Yudkin, “that material would promptly be banned.”

The book sold pretty well, but Yudkin's career went into a downward spiral

Prominent nutritionists furiously attacked him and the food industry lopped off what was remaining of him. He died in 1995, disillusioned and unknown.

Even so, being contrarian means you have to go agains the trends that are clearly inferior. In the case of Yudkin, Galileo Galilei and other extremely contrarian personalities, they paid a heavy price for their unusual ideas. To be perfectly fair, a large number of crackpots are also contrarian, but that's hardly the reason for a sudden spurt of going the other way.

A company in the south of New Zealand makes wet suits. Often, wet suits tend to be thicker and warm, or thin and a bit cold. To suggest that a wetsuit can achieve both goals seems a bit odd but that's what SeventhWave wetsuits set out to do.

They make wetsuits that are ‘toasty thin'. The phrase ‘toasty thin' itself creates a very strong image in your mind, and works as a powerful uniqueness. However, it also points out how we can create a uniqueness as a result of being contrarian.

An Indian restaurant without butter chicken.

A toasty thin wetsuit.
Learning Photoshop without a computer.
Writing a sales page from the bottom-up.
Cosmetics that haven't been tested on animals

When you set out to solve a problem in a totally different manner, you see things others have missed

In doing so, you also set yourself apart from the competition. They are so flat footed by your method, idea or invention that they may choose to ridicule it, or ignore it, even while clients move over to your side of the fence. Sometimes it gives you a massive headstart and at times it makes you so different that the competition doesn't try to catch up.

Take for instance some of the live Psychotactics courses

Most course online have dozens of audio, video and PDFs. With Psychotactics, it's rather spartan. But at least for a while, our products were similar in structure to other courses. Back when I was writing the notes for the Uniqueness course, I was getting very frustrated with myself. I had reached a point where I'd said all I wanted to say.

“How many pages have you written, already”? Renuka asked me

“90 pages”, I said to her. She looked at me in horror. “I've got to read 90 pages to understand the concept”? Her reaction took me by surprise. My goal was to be like everyone else and put in at least 200 pages of content, if not more. And Renuka wanted a whole lot less, instead. Which, when you think about it, makes perfect sense, doesn't it?

A client doesn't buy into a course to read hundreds of pages. The client sets out to understand the concept of uniqueness and then use it for her product or service. Given the option, she would rather read no pages at all—or at least the least number needed to get the result she seeks.

Another time, during our Friday morning meeting we talked about stagnant home study sales

For years the home study versions of our products had been selling, but nowhere as quickly as they should have. There were really good products and they included the Article Writing Course, Uniqueness course, and others like the information products course. “How about we sell only 35 copies of the course,” I blurted out.

Renuka gave me that look, but the sales were stagnant anyway and there was nothing to lose by being contrarian. No one we knew of restricted the sales of home study products. They are PDF files and audio/video after all. It makes no sense to say there are only 35 copies available this year.

And yet that contrarian move worked stunningly well

Our sales jumped a whopping 500% and clients waited patiently on waiting lists, if they happened to miss the sale. For about 15 years of our business, we'd done what everyone else was doing (and probably still is) but one tiny contrarian move created a wave of additional income and eager clients.

But what about the downside of being contrarian?

Things didn't seem to work out so well for John Yudkin or Galileo, did they? It's true. If the world is going one way, and you go the other, you could stand out too much. Galileo's ideas weren't even new. 600 years before Galileo, scholar al-Biruni made calculations that would prove the Earth rotates on its axis.

Unlike Galileo, however, his ideas were accepted by religious scholars. Galileo went against the almighty church, as did John Yudkin against the obese sugar industry.

We, on the other hand, aren't fighting such massive battles

We probably have a wet suit that needs re-engineering, or a restaurant than can turn out enough of range of “unknown” Indian food. No one is going to chain us in a tower for running a course on Photoshop. And at worst, the sales of a home study course may stay stagnant.

The price we're paying for being contrarian is so pathetic, that it makes no sense to do things like everyone else. Even if we're not exactly used to standing out, we can still use one product or service to play “guinea pig” and enable us to make that change.

The downsides are low and the upsides are a business that gets the attention of clients. Try it today. Take your product or service and list out what everyone else is doing. Then make a change that seems to upend what the norm seems to be.

Next Up: How to use structure or concepts to become slightly contrarian

You could approach the change using two methods: structure or concept. Let's take a deep dive into what “structure” and “concept” means and how we use it almost all the time at Psychotactics.