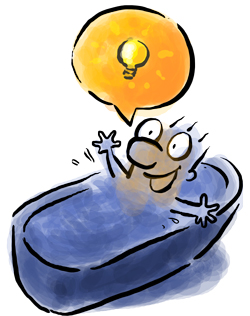 Have you ever seen two pianists play the same music?

It's the very same score, the very same piano, but one seems to play it better than the other. Not just a little better, but a lot better. So what makes one person's playing so different from the other?

That's what most people will tell you anyway. They'll jab their fingers at you and tell you: “This is the difference between someone who's born with the gift vs. someone who was simply playing because he or she had to do so.”

And of course, they would be wrong

Let's start with work. Work is when you're learning something. You have to carefully follow the instructions, stay in line, and do what is completely outside your comfort zone. This is the part we spend most of our time in, when learning a new skill; a new talent. But of course, we ignore the second zone completely. A zone called play.

Play is where you don't stay in line. When you do what's in your comfort zone. When there are no instructions to follow. Where you do crazy, goofy things that no one can judge you, and not even you can judge yourself. We talk time and time again about how kids learn faster than adults, but you know what's coming next, don't you? Yes, adults don't play.

We put our nose to the grindstone and ignore the play zone completely. And kids play, play, play. All the time, even when learning a new skills, they default quickly to the play zone. And you as an adult, have more fun teaching a kid a skill when playing a game, rather than when making them work. And yes, while work and play is great, it's not enough. We also have to explore the third zone: downtime.

I was recently at a watercolour workshop in Spain. And when the teacher finished showing us how to do a particular painting, he would tell us to pick up our coffee/tea and get started on our own painting right away. See the problem? No, I couldn't. Because you see, I used to be like that teacher. I thought that if people spent some time getting their coffee/tea, that was enough downtime. But no, that's not downtime at all.

Downtime is a complete break. A break where the brain decompresses and assimilates the learning. But it's not trying to assimilate anything. It's just chilling out, as it were. And in doing so, it lets the brain relax and re-energise itself before implementing the ‘work' once again. Having downtime is important because the brain gets too tired from learning a new skill. Most of us view downtime as a wasted time.

And it's not wasted time at all. A tired brain works a lot slower and ineffectively than a rested brain. And yet we ignore downtime. We don't make it part of the system, any more than we make play part of the system. And yet, it's vital for the brain. Vital to refresh itself, put the pieces together and take a lot better control of the skill we're about to learn. Which of course, takes us to the last zone: sleep.

Most of us say we get too little sleep. But given a chance, most of us squander opportunities to sleep. At night, for instance, most of us will rather watch some TV, trawl through Facebook or do something that makes us stay awake—than sleep early. And sleep is the play part of downtime. If downtime is when we're consciously decompressing what we've learned, sleep is the chill out version of decompress. It's when the brain goes into waka-waka mode and has a fiesta processing the learning in a completely different—and playful manner.

And sleep is important by night, but it's also critical by day. A simple 20-minute sleep at your desk doesn't make you groggy and yet sharpens your ability to focus. And yet, we don't sleep much. Either by day, or night.

Notice what kids do instead?

They sleep a lot. They have a ton of downtime. They play a lot. They also learn a lot. Kids make the maximum use of all four zones. We don't. We think we're adults. We don't have time. And yet the opposite is true. If we created a strategy for ourselves to have all four zones going, we could learn faster and more efficiently than any child could ever learn. But we don't give ourselves the chance. All we ever do is work.

Remember that watercolour class? Well, there was this guy called Ahmet. Ahmet worked relentlessly. He took notes endlessly. He practiced long after the rest of us were gulping down sangrias in jar loads. And Ahmet struggled. He's been practicing for years and struggling for years. He doesn't sleep much, has no downtime and definitely no play time. It's all about work, work, work.

To learn a skill efficiently, you need all four zones to kick in

As a teacher, you've got to put at least the first two zones into action: work and play. As a student, you've got to make sure you have downtime. Time where you're doing nothing at all. And yes, you should get more sleep.

When one person plays the piano better than the other, it's often not because of the sheer work. Look closely at the person's habits and you'll find something else as well. So when the next person jabs a finger at you and lectures you on inborn talent, ask them if they get enough downtime, sleep and play.

In the headline course, attendees write tons of headlines. Some of those headlines are about dinosaurs, monkeys and bananas—playtime. Every course, every learning experience can be designed with work and play in mind.

And yes, downtime can be organised too. Organised breaks (e.g. the weekend) or a week in between a course, coffee breaks and games at live events—all downtime. Of course it's up to the student to get their sleep. But you as the teacher need to put in a word so they know why they need to switch off their iPad and TVs and just doze away, by day or night.

You need all four zones to kick—but one of the biggest reasons why we struggle with our learning is because we run into resistance. There are hidden forces causing us all to resist doing what we really should do. This slows us down considerably. Find out how to work with resistance, instead of fighting it all the time. Click here to get the free report on ‘How To Win The Resistance Game’.