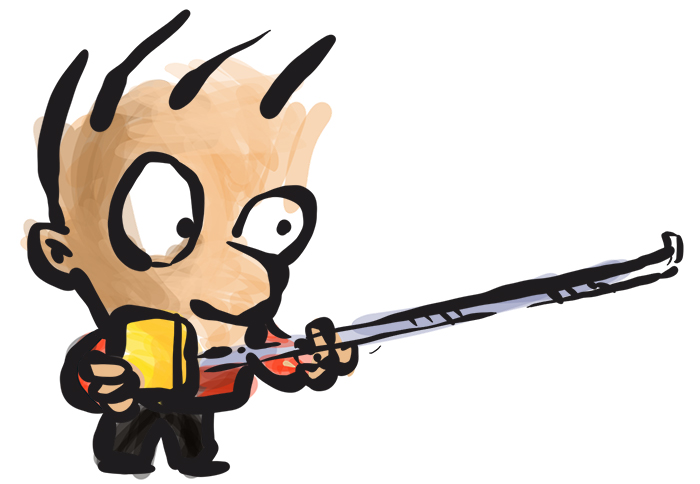 The biggest problem with perfection is we feel we have to keep to the job until it's done. As logical as the idea sounds, it's always—yes, always—counterproductive. Instead, there's a method that's far superior, and quicker.

Which allows you to reach even higher levels of satisfaction than you'd expect. All of this “perfection” can be achieved by understanding the “coats of paint” system. Ready for a quicker, faster road to “perfection?”

How many dishes would you have for a Christmas meal?

If you were wealthy, and lived around the 1600s, you'd be sitting down to 39 dishes in total. The “Bill of Fare” included pies, roasts, puddings, brawns, custards and jellies. That would be followed by calves tongues, stewed broth of mutton marrow bones or a thick broth of caponets.

Two capons, a haunch of venison, a leg of lamb, a pig, three brace of partridge, six teal, six woodcocks, a gammon, three pheasant, a swan, a breast of veal, sturgeon, 10 plovers, three ducks, a kid and a chine of beef. Oh yes, there was salad too, even though that was mostly meat-based.

Guests had 20 first courses and then 19 second courses followed. If you or I had to go through such a staggering amount of food, we'd be unable to do much. We'd be rooted to our seats, unable to contemplate our next move. This is often the feeling that accompanies the concept of “perfectionism”.

The fear of being imperfect isn't an inborn fear, but it soon comes to dominate our lives, and we feel stuck. However, there are reasons for this incredible burden that we feel. And there are ways out of it—and ironically, these fixes are pretty perfect.

Let's dig a little deeper into why we consider ourselves perfectionists, in the first instance.

What if you were told that 500 artworks of a famous artist had gone missing?

The art world would be wringing their hands in horror at such a thought. And yet, that's precisely the story of Claude Monet, one of the celebrated Impressionist painters of the 19th and 20th century. His desire to create the perfect artwork was so great, that over his lifetimes, he's reputed to have destroyed over 500 pieces of his work.

If you think that's a tragedy, it is, but then so is the work we all think is not quite perfect.
The moment you start to create something, you're instantly filled with thoughts that you are either completely off course, or at least some correction needs to be put in place.

As I am writing this piece, for example, I notice how the cursor moves back and forth trying to fashion the precise thought. If I were to record these words as a podcast, or on video, there's a good chance of stopping, starting, and a lot of deletion.

By any standards, you and I would call ourselves “perfectionists”.

In reality all we're expressing is self-doubt. If we're writing, it's writing-doubt, singing brings on singing-doubt and any sort of activity that matters is ridden with doubt. We are positive people, however, and self-doubt sounds pretty defeatist. Hence, we choose to use a more progressive sort of expression. We just call ourselves perfectionists.

However, if we were to undress the term “perfectionism” all that's left is merely self-doubt. Recognising the phenomenon of doubt is crucial to get the next word on the page. Three days ago, I was brimming with confidence at the thought of writing this article.

Today, as the clock races towards 5 pm, the doubts seem to creep in. Are these ideas worth writing about? I wonder. Maybe I'll just store them away, and come back to fix them another day. I do need to have a perfect article after all. There's no much point in putting out information that won't be upto the mark.

But how would I know if it was up to the mark anyway?

What we do know is this: No matter what you do, or how well you do it, you are likely to be at least slightly embarrassed about it in the future. If you're the really the perfectionist you claim to be, you'll undoubtedly get better at what you do.

Which means that your current work, no matter how much you want to improve it, is not as good as it will be in future. All of that so-called perfectionism is relatively pointless, because your work will almost certainly be better in the future.

When we say “future” we tend to think of a few months, even a few years away

The reality is that the future is a lot closer. Your work could be better tomorrow morning, then jump a few steps in the afternoon itself. Within a day or two, it could jump in leaps and bounds. All of this can happen very quickly and with relatively a tiny bit of effort but only if we're willing to deep-freeze the self-doubts for now.

How do you quell those thoughts of self-doubt?

Imagine you've decided to paint the walls in your house.

Self-doubt is the first coat of paint. It looks ragged, even terrible. Should we stop now, because things aren't looking too good. Yet all of us know that with a second coat, and a third coat, the raggedness seems to be replaced by a finished look.

Yet, there's a problem when it comes to painting.

Despite the first coat of paint looking pretty horrid, we can't keep painting over it, can we? Once we're done with the first coat, we have to wait. Because that paint, well, it has to dry. Which is approximately the same sequence we have to follow if we're doing almost any activity.

At the point of writing this article, I'm doing a webinar series on The Brain Audit
When I wrote the book back in 2001 or so, it was a skinny 20-pager. To my good fortune, I didn't set out to write a book.

I was merely trying to collate my thoughts together as someone wanted notes after a speech I'd given. That book went through to Version 2.0, then 3.0 and now twenty years later, it's going through a fourth coat.

I'm clearly embarrassed at my first coat of The Brain Audit

But it's not just The Brain Audit alone. I'm embarrassed at my early drawings, my early articles, my early attempts at cooking, dancing, and pretty much everything I've done. It's not a crippling sort of embarrassment, but yes, I'd rather you didn't see the work.

Clients don't share my sense of embarrassment. When I show them sales pages that don't match up to our current standard, they still admire them. Articles that are displayed as not-so-good, are considered to be quite useful.

Even illustrations that have no practical use and are clearly sub-standard never seem to meet with people's disapproval. 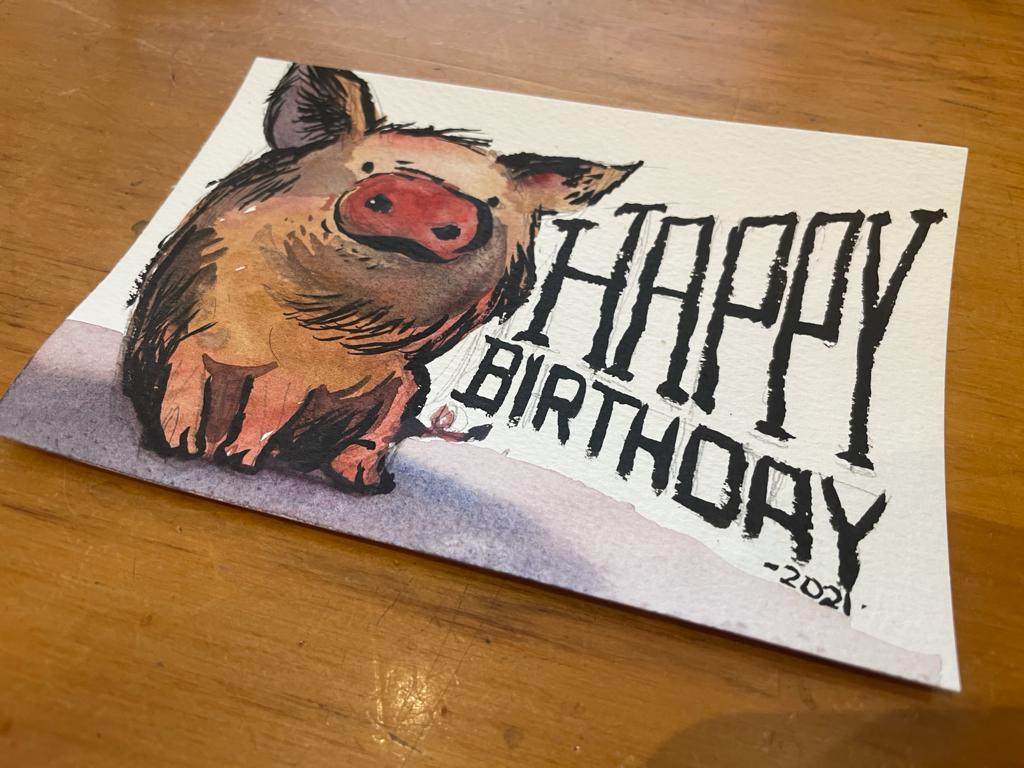 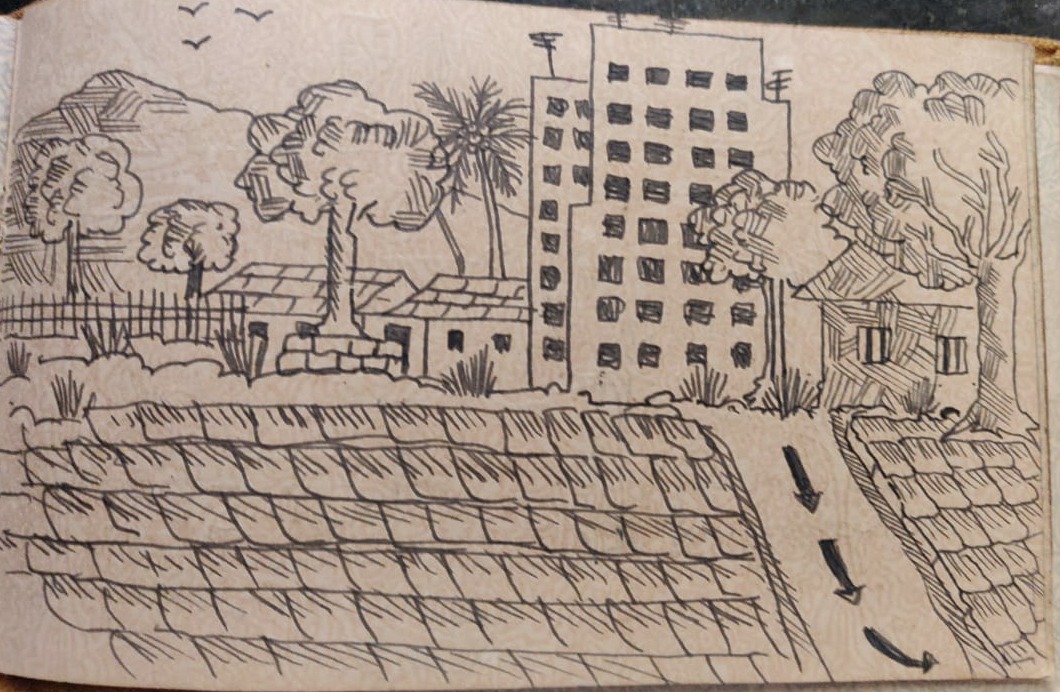 Work from 1985, clearly an early coat of paint.

The moment we start to get into the zone of perfectionism, however, we fail to move forward

We are stuck at the first coat of paint. And yes, like all first coats, it's what it is.

If we get past that first coat, we get to put on the second, and the third.

When we think of the act of writing, that second coat is probably a bit of editing. The third is a final bout of editing and then we are done. That's the first room finished. It's not perfect by any standards, but it's done. We move on to the next room and the next, until we paint the house, then finally many houses.

In a short time you're painting the town.

All of those imperfect articles are starting to look a lot better as you go through the process of three coats and move through room after room. It's how I've been learning Spanish word by word—and now up to about 953 words. Or have been improving my writing, or podcasts. You can tell there's a change because you only have to go back to a year ago, and you can see the difference.

This isn't about practice

Practice is boring, even silly. You're not practicing the skill of drawing or  painting a room, any more than you're practicing writing. You're just going through coat after coat. It's all real, and all imperfect, but it does look pretty presentable as you go along.

Hence we know that perfectionism isn't really about being perfect. It's just simply a matter of self-doubt. If we want to get past that self-doubt, we have to remember that all our work is merely another coat of paint.

Footnote: I finished this article and usually I'm pretty chuffed about my articles when I'm done. This seems like it's lacking something. At least that's what I think. Like everyone, we just have to believe in the coat of paint and move on. To my surprise, people liked reading this article. 🙂