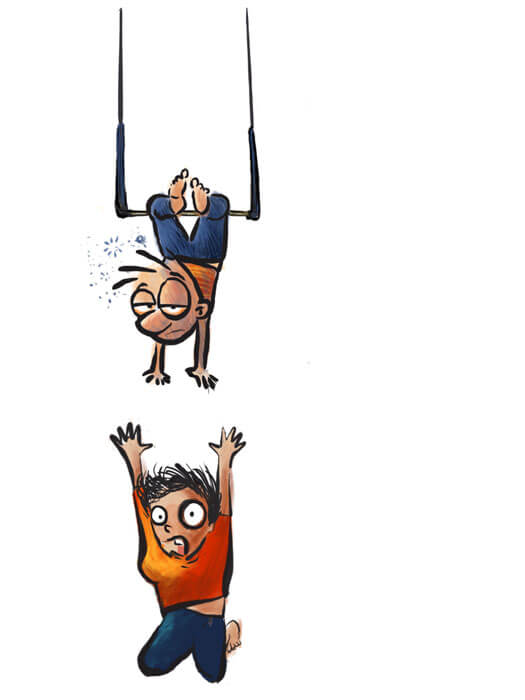 How do you speed up your writing process and what causes it to slow down to a crawl?

If you drop me in Kyoto or Paris, I'll walk happily for hours.

However, the moment I have to exercise, I detest the very concept of walking. And yet, day after day, year after year, we go for a walk. It's healthy of course, and I actually learn stuff or listen to music, but the most crucial part of the walk is the part right up to the traffic lights.

It's about a ten-minute walk from our house to the lights, and that's when I talk to Renuka about what I've been reading or watching. And there are days when Renuka is “sleep walking”, so I'll get nods, but some days she's wide awake, and we have a discussion. If I'm lucky, she'll disagree with almost everything I'm saying.

I remember the author, Malcolm Gladwell drumming home this very point. He tends to find a friend either in person or over the phone, and they discuss the topic. If the friend doesn't respond well, Gladwell knows the idea either needs tuning or needs to be dropped entirely.

If the person gets interested or goes off on their version of the story, Gladwell knows the premise is interesting. It struck me that this method is what most writers tend to do instinctively, yet the ones that struggle don't do it at all, and it puts them at a significant disadvantage.

If you keep your article under wraps, it's your own secret

This secretive nature of ours tends to boil down to one aspect—and it's called insecurity. Sounds harsh, I know, but it's just because we're insecure about our topic, or that we'll be called out in some way.

Feedback rocks our boat so much that we feel happier to simply get on with the job of writing, and avoid this discussion bit completely. It's sobering to note that discussion and exposing your ideas to the world is how great science is done.

Scientists don't tend to work in a bubble

They postulate an idea, or do some research and publish a paper. That paper is examined by others in their field, and they come up with holes in the research or idea. The holes might be so large that the scientist has to go back to almost the starting point if they want to ratify their idea. Is this method frustrating? Is it a big blow to the ego?

Of course. It is

Renuka is not the only source of feedback and discussion. I'll get on WhatsApp and chatter away with a private group. I'll have discussions via e-mail or Messenger. And often, I'll post a rough idea on the forum in 5000bc. If you're wondering why there are so few holes in a lot of the articles or books from Psychotactics, then wonder no more.

Those holes existed. If you look at the courses, e.g. the Sales Page course, it's in Version 3.0. That tells you that the course material of 1.0 and 2.0 had holes. The same applies to the Article Writing Course, or any course, any article—just about everything we do.

This article too will have holes in it, and we know this to be true, because the moment I post it, someone will ask further questions or have clarifications needed. Or, as the case may be, they may disagree with some point or the other.

When you have an idea or a topic you want to cover, it's a bit premature in your head. When you put it down on paper, on chat, or in a verbal discussion, you have to be more precise in your argument. It forces you to think of analogies. You might say: “You know this topic we're discussing is exactly like the Barbie case study. Remember how…”

And that discussion will spur case studies and examples, but it does a lot more. When explaining something to someone else, you also tend to bring up analogies. You say, “It's a lot like a roundabout, instead of a traffic light.

Both systems regulate the traffic, but one works without any punishment or and yet is far superior in traffic control.” When you explain yourself, you can't help but try and pull up a series of analogies. The discussion becomes the groundwork for all the analogies, stories, case studies and examples you could insert into your still to be written article.

Whether you choose a forum, chat, the phone or a walk in Kyoto the result is similar

You're going for a little stroll with your ideas. And along the way, you meet other ideas or even run into that snarly feedback guy from next door. You haven't started to write yet, but you're beginning to percolate, which is far more important.

It might be a good idea at this point to reach into your pocket and scribble the ideas down. I tend to dictate them into my phone into Evernote so I can access the ideas on any computer or device, later. You may think you'll remember it all. I promise you it's not a good idea.

For one, even if you have a great memory, you have to use energy to remember those points. In doing so, your discussion won't move as quickly as it possibly should. I tend to quickly save whatever I can remember and then continue the discussion even as I'm marching up or down the hill.

If you can, it's a good idea to have many articles going at once

When I first started writing, I was so pathetic that I could only focus on a single article. I'd spend days over that article, and that was my sole obsession. In time I realised it was better to have many articles all at different levels of progress.

You see what's happening, right? It feels chaotic to have many articles all on the go at once, but in fact, they're all percolating over the duration of a week or so. The one that started last Monday might be completed by the following week, or earlier. Or later.

But the discussion and the feedback move it backwards and forward. When starting out, it might take all your energy just to focus on a single article, but in time you'll find having many articles inching ahead to be a great way to get discussions going on many fronts.

We get bad advice from well-wishers, parents and guardians. We're told as we're growing up that certain things need to be private. In reality, it's hogwash. In many cases, secrets only seek to make us more insecure. And this kind of “let's keep it private, let's keep it a secret” usually makes work worse, not better.

Scientists prove this point, coders prove this point, and great creativity underlines this idea over and over again. If you really want to get your article moving faster, and want it to be more robust, you have to overwrite the nonsensical programming you had in your formative years. Discussion and feedback help you formulate, tear down and rebuild ideas at high speed.

Input shows up when you read about your industry's subject matter. It creates a sweet, creamy layer of creativity when you cross-pollinate with different case studies, industries and even different media. And finally, input pushes your ideas to the wall.

Your job is to make your work clearer, more robust. The more you accept feedback and discussion as part of your routine, the more volatile the process will seem at first. In time, however, you'll seek out discussion and feedback at every turn, and overwrite the “keep secret” programming that slows you down and keeps you isolated in your own dark, insecure corner.

1) The Lack of Pre-Work
2)The Scarcity of Input

It's time to go to the third one: Understanding Energy Management When Writing