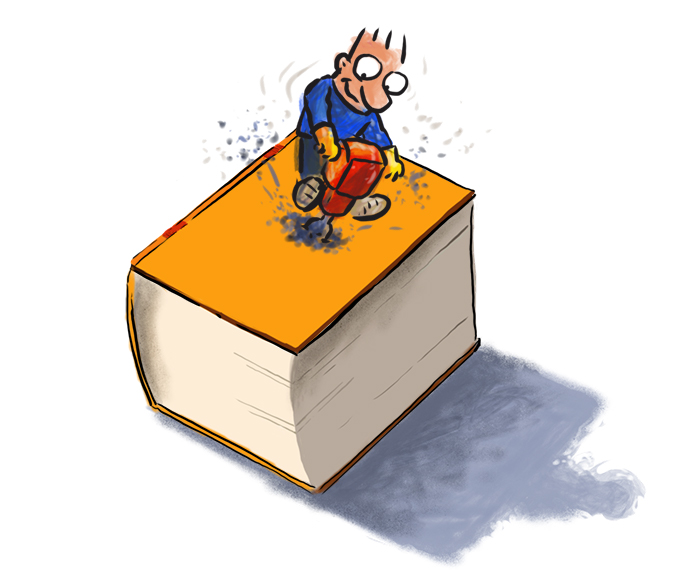 How do you decide which content should be free vs paid?

What is the perfect balance? Does generosity have its limits?

Let's say you decide to give away a lot of information to clients. How do you get clients to come back to buy the rest of your information? Won't it overlap? Won't they get mad and demand a refund?

Not necessarily. It all depends on how you go about the free vs fee content strategy. At Psychotactics, we give away hundreds of articles and an equal number of podcasts.

We give away whole courses, reports and other goodies. And yet there are no shortage of buyers. How do you manage fee content vs free content? Let's find out in this episode.

It's not always easy to restrict the line between free and paid content because it can be the same.

1) Not be at the mercy of a copywriter. You can write your own sales pages whenever you choose to do so.

2) If you hire a copywriter, you're not flying blind. You can audit their past work to see how good they are, and also when you give them the assignment, you can audit it to see that they haven't missed out on anything. And that the sales page will work to sell more product or services.

It's an example of how you can give the idea and sell the system.

The system is where you are showing someone the steps required to write a sales page. In our case, it's the sales page course. Since we have lots of clients who run their own business, they would want to know how to write sales pages to sell their product or services.

Just giving the ideas and selling the system is a decisive move as it creates a strong feeling of need in the client. Let's take another idea. What would you do if you weren't selling an information product?

Let's say you have a cafe instead and are also selling coffee. You may want clients to buy into your coffee beans. What's the idea, and what's the system?

The idea is “learn to control the water temperature of the water” or “learn how to extract better flavour” or “learn how not to get bitter coffee”. When you educate the client, she realises there's a different, possibly better experience that she's missing out on. Which, in turn, motivates her to be fussier about the coffee she buys and how she brews it in the future.

However, it also has a very profound side effect.

Since you're the one who brought up the idea, it causes the client to see you as the expert. After all, you're giving them the idea, so you must know what you're doing.

You don't have to stop at ideas vs system, however.

When I first started in marketing, I was pretty enamoured with the “idea vs system” method. You could blame my reluctance that I didn't know very much, and giving away even the ideas seemed like giving away everything.

If I gave them my ideas, what would remain, I thought to myself. However, I got lucky because I had the chance to test out this theory very quickly. At the time, many small business groups would meet once a week around Auckland, the city I live in.

I'd show up at 7 am, or 5 pm or sometimes at 8 pm. The hours were all over the place, and people would sometimes be alert and occasionally sleepy. What was consistent, however, was how they reacted. I'd talk to them about my book, The Brain Audit.

The Brain Audit has seven steps, and I'd spend about 45 minutes on the first three steps, explaining them in detail. However, the audience always wanted to know the other four steps too. I felt that if I gave away those steps, they would not buy the book.

I was wrong, of course. In later presentations, I'd list out all the seven steps and proceed to give them the first three steps in detail. When I followed the second system, I found more people were buying into the book.

At one early event in the city of Rotorua (about 4 hours away from our home), I sold over 35 copies of The Brain Audit and in PDF format. What makes PDF sound so mundane today was astounding back in the year 2001. People barely had e-mail addresses back then.

I'd have to put the PDF (for some) on a CD so that they could read the book. Plus, while clients are quite familiar with digital downloads today, a physical, printed book was the “gold standard” back then. People mostly wanted a book they could hold, touch and mark up. Hence, giving away part of the information proved to boost both our reputation and our sales.

Now, almost 20 years later, we've learned that there's no such thing as giving away too much.

That spindly version of The Brain Audit soon became more detailed, and the book a lot thicker. Since then, we've had workshops in New Zealand, the USA and Europe.

Clients who attended our workshops had already bought The Brain Audit. You'd have thought that only new clients would attend the workshop. Instead, it was the existing clients.

In all the workshops we've had, maybe one random client would be likely to show up. 95% of those who attended the seminar were existing clients who'd already read The Brain Audit and maybe even bought into something related to The Brain Audit.

The story should stop there, but it doesn't. In 2021, we announced that we were having a webinar series on The Brain Audit. Who were the ones who signed up?

Yes, you made an accurate guess.

Existing clients will keep coming back as long as you show them better ways to use your product. In our case, we're refining the concepts in The Brain Audit, giving more examples, and that alone is enough for most clients to return.

Now, this is an example of a single product. And the life span is already over 20 years. Take this across several products, and you have a gold mine.

A lot depends on you, however.

We tend to treat our information like Photoshop, which is to say that we treat it like versions that are continuously being improved. Photoshop, not coincidentally, has also existed for well over 20 years. The reason they continue to exist is because of the versions.

Every version allows the same client to do things in a better, faster, more productive manner. It also brings in new clients, which is a definite bonus. And many, if not most, of the clients, go through the same buying cycle.

If you have additional product or services, the purchase cycle doesn't stop at one product. Clients will routinely buy products that are lower priced, like Chaos Planning, Outlining, Storytelling.

And then, once they're convinced they're getting precise results, they move on to higher-priced courses such as the Sales page course, Pre-Sell or the Article Writing Course. And then, to make a leap, they will also do the cartooning course, which has nothing to do with marketing or The Brain Audit for that matter.

How powerful is the idea of giving ideas and systems?

It seems to be limitless in the way it works. Giving something to others has always been a superpower. Giving away the idea and selling the system is about teaching a person to fish and then selling them the fishing equipment too. They're happy, and you're glad as well.

There's little downside in giving away more than just the idea also. If anything, giving away part of the system itself has proven to be more delightful and more profitable for us. And if you keep refining your work and treating it like software, you are bound to create versions.

Versions may include training (like workshops) and another medium (e.g. how The Brain Audit book is now being offered as webinars). It might even be an overhaul to the entire product. For instance, the article writing course was rewritten and is now in Version 2.0. And so has the sales page course, which means that clients come back to get the upgrade.

Start with giving them ideas and selling the system. But please, don't stop there.

Keep going, and you'll have delighted clients and a more than robust business system in place.