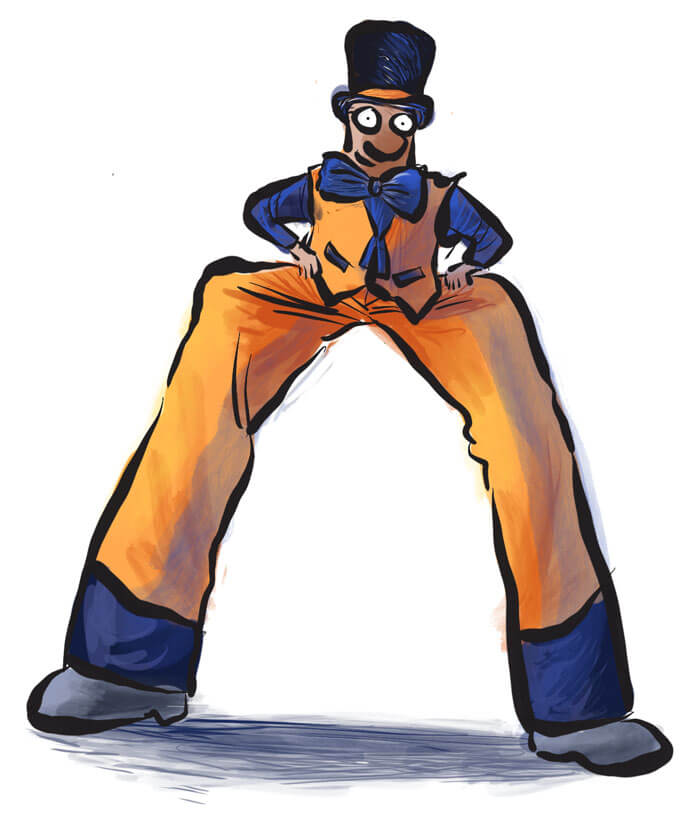 Clients tend to be slow with payments or just default. But is there a way to avoid such a mess? There's not just one, but three separate ways to go about it. Let's find out how you can get paid without all the bother—and well in advance, too.

Re-release: Three Methods To Get Paid Earlier Than Ever Before

Original: Three Simple Ways To Make Sure You Get Paid On Time

What is this life if, full of care,
We have no time to stand and stare.

No time to stand beneath the boughs,
And stare as long as sheep or cows.

No time to see, when woods we pass,
Where squirrels hide their nuts in grass.

Wouldn't it be a bit of shame that we have no time to look at sheep and cows because we're trying to get paid on time?

There's no foolproof system to get paid every time, but if you pay attention to how other industries work, you might never have to chase payments again.

There are three core methods to use:

Let's look at all three to see which one works for you.

When we were building our office—which is next door to our house—the builders followed a slab system of payment.

Every stage of the construction had a pre-payment attached, and it looked a bit like this:

On and on it went through the insulation, exterior, interior, carpeting and exterior driveways. If we wanted the next stage to proceed, we needed to make the payment to keep our builders “motivated”. This slab system of payment is one of the finest both for the client and the person doing the job. It makes sure that both parties are incredibly motivated to go ahead with the process.

As a service provider, this is often an excellent system to follow because it ensures both parties move ahead systematically

However, there's also a bit of a downside if one of the parties decides to walk away. Let's say you start working on a client's website and the payments are going well when the client suddenly runs into some sort of difficulty. Maybe she's had a personal problem and can't pay the rest of the sum, or perhaps she's just really slow with sending her text and images across.

No matter what the problem, you're stuck because you can't proceed with the job. The happy news is that if you've worked out your payment structure well, you'll won't run into a loss because you've covered what you've done.

By no means is this a foolproof system because your project might need to do a lot of core work at the start, and then not a lot in the middle and at the end. It means you'll have put in a lot of effort and not been paid for it.

But wait, no one said the slabs had to be equal, right?

However you decide to break up the slabs, it's important you get paid for the proportion of work you're putting in, which means you've got to do some groundwork and estimation in advance. However, that's just the first method of getting paid. The second seems harder because it's 100% in advance. But is it really harder?

My father ran a secretarial college for over 25 years and it wasn't an easy life.

He'd leave for work before 7 am, to make sure he opened all the doors and windows, turned on all the lights, and had his first cup of masala tea long before the first student showed up an hour later. All day he'd be at work, returning home about 8:30 at night. It was a time-consuming job, but the one thing he didn't spend much time on was collecting money.

He'd always get the student's money in advance

If you wanted to be on a course, or learn a skill such as typing, you had to pay before you got started. This simple act of payment in advance is incredibly common for schools, colleges and not surprisingly with a lot of the things we buy like electronics and petrol.

But will it work for you as a business?

It depends on two factors. Your confidence and the demand for your product or service. We may assume, for instance, that a restaurant will charge you once you show up and finish your meal. That's not the case with David Patterson, at San Francisco's restaurant which goes by the name of Coi.

If you cancel 48 hours in advance, you won't be charged

However, should you tip over into the last 48 hours, your credit card is charged the late cancellation fee of $275 per guest, and that's just for the tasting menu and doesn't include wine. There's also a 20% service charge.

Will you be charged the service charge if you don't show up? It's not clear, but what's more than clear is that they treat all sales as final, just like a sporting event or concert.

If you think they're alone, they're not!

Lazy Bear, another San Francisco restaurant sells each month’s tickets all at once, usually on a Wednesday in the middle of the previous month. They announce ticket sales via Twitter and send an email to their mailing list.

Tickets are not refundable and can’t be switched to a different date or time, but they are transferable to other people. The list of restaurants that have this policy in place is growing. In short, it's payment in advance in an industry that has traditionally brought the bill to the table after you've downed your last espresso and Porto.

With Psychotactics we take almost all payments in advance

The Sales Page workshop which is in late October was also sold out four-five months in advance. And you may wonder if this is linked with the demand for Psychotactics workshop and courses and yes, to some extent it's true because the courses, workshops and even self-study products are all sold out quickly. There's a demand factor in place, but there's also the second point, which is confidence.

At Psychotactics we always confidently charged in advance

Even going back to the earliest days of consulting, we charged in advance. We might not have been 100% confident that the client would be so very co-operative with a 100% payment, but we'd ask anyway. Sometimes we'd have to do a little back and forth discussion, but once we removed the risk, they'd pay.

When we sold our products online, we had no choice but to charge in advance, and with every sale that confidence grew stronger. It takes a bit of bravado when you're offline and standing in front of a client. That client might be hiring you as a speaker, buying a product from you or hiring you for your services.

You have to bite your lower lip, whistle a happy tune and ask for the amount upfront. You may hear the sound of butterflies whooshing in your tummy, but you need to ask anyway. You'll be surprised how many clients will give in if you just ask.

Asking put you in a great position as well

Even if you don't get paid 100% in advance, it sets you up nicely for at least 50%. And that's the next possible option to get paid in advance.

3) A Downpayment in Advance Method

Is there a big advantage of getting only 50% in advance?

It may sound like a negative, seeing how you could have easily been paid in one go. However, there's a definite psychological advantage not to have all the money in your pocket right away. The 50% that's not been paid is a definite form of motivation.

You want to make sure the job is done because the remaining 50% is still pending. It's often hard to be motivated when you're paid everything in one lump sum.

The 50% motivates you, but it also motivates the client

Now they're not just shooting the breeze but have a stake in the process. They know that they've put their money down and they have to do their part as well. You're still going to run into clients that won't give you the information you need, or create needless delays in the project, but this confusion can be reduced if you have clear instructions and deadlines for the client.

Either way, you've got three core ways to get paid in advance and what you finally do, depends on your level of confidence and the demand for your product or service. Either way, the worst possible method is to get paid after everything is done.

When I moved to New Zealand, I stepped away from that system

However, when I lived in India, I didn't set up the right expectations with clients, and I'd spend close to 30% of my time merely chasing payments. At one point I was so upset with the backlog of payments that I had to see a doctor because I had high blood pressure from all the worry.

I did have great clients too, who paid on time, but also terrible clients who wouldn't pay and even decided to pay me just half the sum I was owed. All of the payment in advance systems arose from years of frustration, so much so that I vowed that one of the things I'd do when I got to New Zealand was get paid in advance.

How you get payments is up to you.

You might have a client who pays promptly on time. In which case this entire article is just advice for something in the future. However, if you've been struggling with payments or expect some struggle, use one of the three ways outlined above.

You might still have a life full of care.
And may still have not much time to stand and stare.

But at least it won't be because you're chasing up payments.