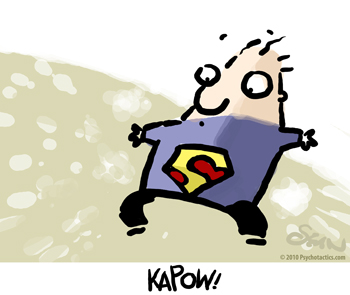 Way back in the early 1990s, he did a series of experiments that taught us how we learn skills.
And Pascual-Leone didn’t just theorise. Instead he used high end technology called TMS to map the brains of blind students who were in the process of    learning Braille. And in doing so, he stumbled on the Friday-Monday learning phenomenon.

What was this Friday-Monday learning phenomenon?
As you already know, the blind students were learning Braille. They had to spend two hours a day, five days a week in the classroom (that’s Monday to Friday). They also got about an hour of homework.  In short, they were doing about three hours of study every day from Monday to Friday.

And Pascual-Leone measured their brain maps on Friday.
And then again on Monday. And he found something dramatic after each weekend. The changes in the brain map were different for Friday and completely different for Monday. The Friday brain maps were vast, sweeping changes. There was huge expansion as the map grew bigger. But by Monday, these brain maps had returned to their baseline size.

So what’s so interesting about this Friday-Monday learning phenomenon?
We know that the Monday changes weren’t dramatic, yet their learning of Braille co-related to the Monday maps. Somehow the Monday maps were the real benchmark of learning. What this told Pascual-Leone is that daily training led to extremely powerful changes during the week. These were short term changes.

The long term changes seemed to co-relate completely to Monday.
Pascual-Leone believes the difference in the results are because of the plastic nature of the brain. The Friday changes strengthened existing learning. The Monday changes seemed to be the foundation of new pathways, new bridges in learning.

And there’s a simple analogy that goes way back to school.
In school you crammed for a test. You then did a brain dump on your  test, and then you quickly forgot most of what you learned. It was easy-come, easy-go learning. And the connections in your brain’s neurons were not permanent at all. To make permanent connections you needed to keep at the learning till it made sense. You had to go over it again and again, always making mistakes, always learning from the mistakes. This method was slow, frustration-laden and wanted you to pull your hair out in despair.

And yet this is the most efficient way the brain learns
It learns slowly. You may well dart ahead but the real learning isn’t going to kick in till about six months down the line when the Monday phenomenon jumps in big time. For about five months and 29 days, you seem to move one step forward and two back. Then the practice pays off.

The lights go on.
Suddenly all the effort seems to make sense.
What you’re experiencing is the Friday-Monday learning phenomenon. It’s why some of us are so good at learning, while others are just hopeless.  Those who are really keen to learn have to persevere for months on end, because their brain needs the solid daily effort to keep moving forward.

They have to put in at least two-three hours a day.
Every day.
Yes, every day from Monday-Friday.
And that’s how your brain learns.

How far away are you from the six month mark?

Source: “The Brain That Changes Itself” by Norman Doidge. (Yes, I borrowed heavily from this book). And yes, I really wanted to learn about the brain and how it works. I've been reading this book for a long time. First I read the book in paperback version (and forgot about 99% of what I'd read). Then I bought the Kindle version and read it on my iPod and Mac. And then I bought the audio book and listen to each chapter as many as three-five times. As you can tell my progress is frustratingly slow. But meet me after six months

“Up until about a week ago, I thought that I could get by using only the newsletters. That was a huge mistake!”

I happened to run across Psychotactics.com a couple of years ago while searching for ways to market my new business.

I signed up for Sean’s newsletter right away. Since that time, I’ve gotten tons of great newsletters. Up until about a week ago, I thought that I could get by using only the newsletters. That was a huge mistake! As it turns out, the newsletters were great at helping me see things from a new perspective.

But what I really needed next was to take ACTION. For that, I needed to know exactly what to do, step-by-step. I’ve gotten more stuff done in the two days after I read the Brain Audit than I did during two years of reading newsletters alone. Don’t fall into the vsame trap I did, thinking to yourself, “I get the idea,” or “I can figure out the details on my own.”

Order the Brain Audit now and put it to work in your business, before your competition does!

Stephen Webb,  Owner,
Next Step: Are you losing tons of potential business because you don't know how the brain works?
Read how The Brain Audit can help you…
———————
5000bc—Get on the 5000bc Waiting List:
5000bc now has a Waiting List. The waiting list joining time is approx. 30-60 days. So if you are serious about getting your business to the next level, get on the waiting list now.

“To join or not to join. That was the question weighing on my mind for weeks.”

What was I going to learn by joining a forum? Were my questions really going to be answered? Would my life be better because of this forum? Was Sean really active in the forum?

I’ll tell you this much: I can’t imagine NOT being part of the 5000bc family!

Would I recommend joining 5000bc? In a heartbeat.

1) “Lazy Testimonials” Attract The Wrong Clients. Learn how to use the power of the ‘six critical questions' to get incredible testimonials–and attract clients that make every day an absolute joy.

2) Do you sometimes wonder if planning books are written just for the ‘organised' people?
Learn Why Most Planning Fails: And The Critical Importance of Chaos in Planning

3) Does your websites, brochures, presentations, etc..confuse your clients? .
Put some sanity into your design with some really simple tweaks.

3) Yes, you need visuals on your sales page, but how do you use visuals to immediately improve your sales conversion?
———————