Not one of us has ever been able to check in to our local airport, get on a rocket and zoom into outer space. Well, not yet at least.

So for all practical reasons, the product/service doesn't exist. But that doesn't stop people from signing up to be on the first space flight.

So how do you sell something that doesn't exist? 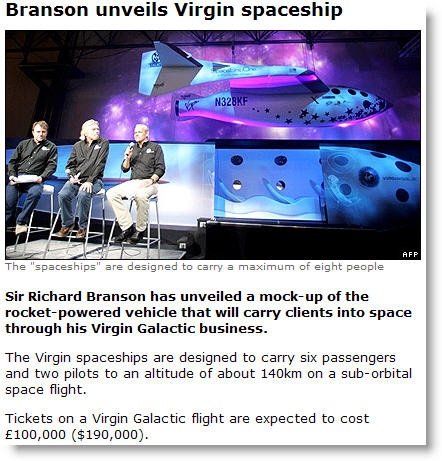 No one has their spacesuits ironed yet, but the price-tag is out already.

So just how do you pre-sell the unknown?

Hmmm, how would you tell someone about a kiwi for instance, if that person had never seen a kiwi before?

It doesn't matter what you sell: You can represent your training, products or services with sound, visuals and text.

So how is it being pre-sold? It's being pre-sold through sound and visuals (that's video), through text, and through graphical representations of what's coming.

All artists pre-sell their albums way in advance through different media.

But what if you wanted to pre-sell your consulting practice instead?

All you have to do is show the customer a visual representation of what your schedule looks like. While largely devoid of text and sound, the calendar visually sums up the spots remaining, and therefore pre-sells the remaining dates.

Of course almost all events are pre-sold without exception

And whether you're hosting a teleconference, or a workshop, or any kind of training, you'll need a combination of sound, text and visuals to pre-sell the event. In fact, if you pay close attention, you'll quickly see sound, text as well as visuals are critical to sell an event.

Which brings us back to the rocket thing. At the point of this article being written, you can't really jump into a rocket and soar off into outer space. But hey, that isn't stopping the rocket guys from doing a pre-sell!