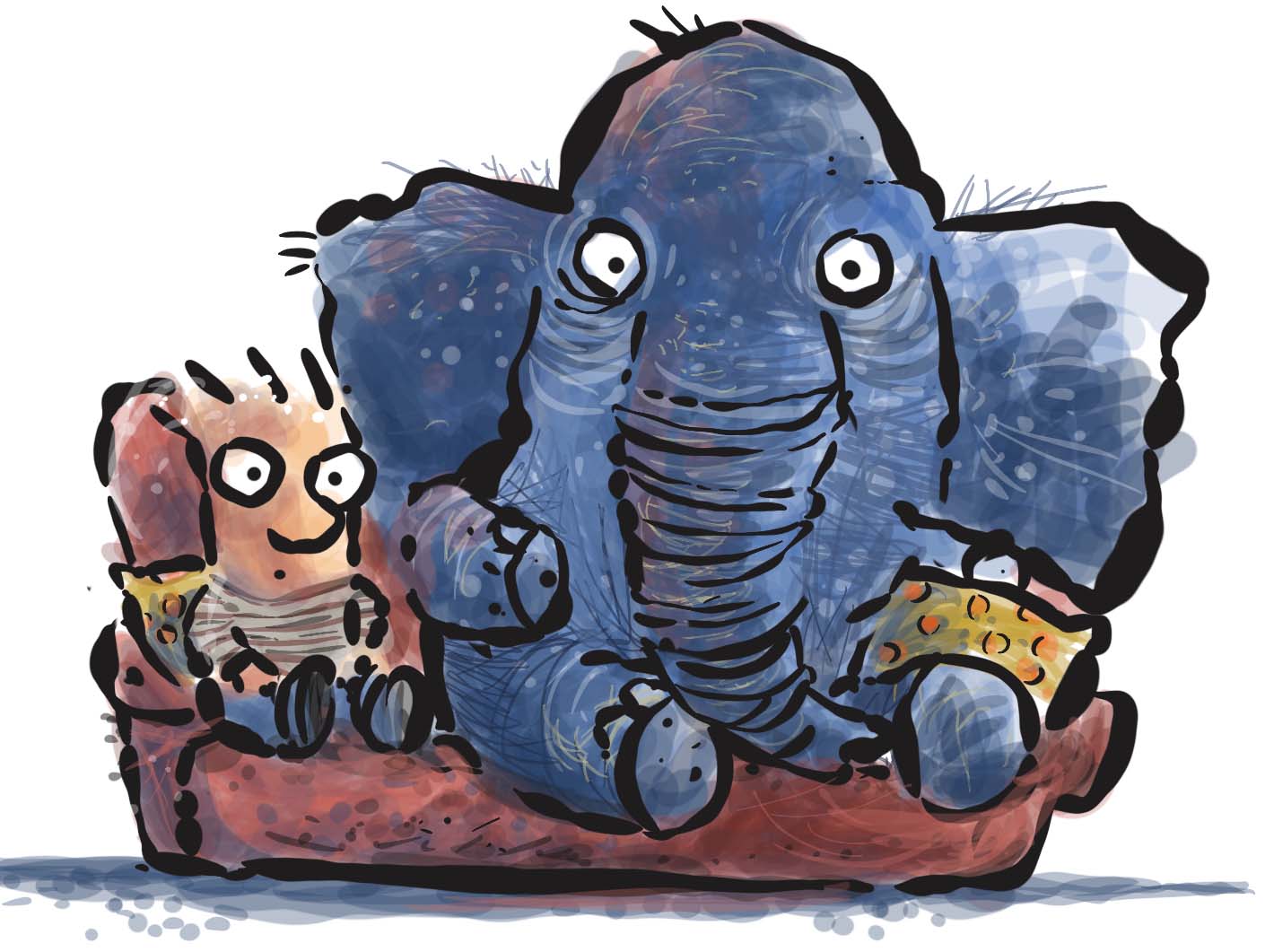 Do Kids Learn at a Faster Rate Than Adults?

You’ve heard the line many times before, haven’t you? And at times, it does seem like kids learn at a blinding pace.

But why does this phenomenon occur? Is it because kids are smart or just that we are more accommodating as trainers? When learning there's a lot of noise involved.

Let's find out the three factors of learning.

He thinks she's fabulous, but also born stupid. In his TED Talk, Merzenich gives us an insight into brain plasticity and the studies they'd been doing on the brain.

Based on these studies, they categorised the plasticity of the brain. They put the learning squarely into two areas: The first of the two periods is called the “Critical Period”.

That's the part where the brain is setting up the core processing machinery. In this “Critical Period” the brain acts selectively, trying to figure out what's important and what's not. When learning there's a lot of noise involved.

We, as adults, also seem to run into a lot of noise.

For one, there's this nonsensical notion that kids learn faster than adults. This noise forces us to hold back a bit as we go through life. Yet, there's no basis for this ridiculous supposition at all. Just because the child can figure out how to use a smart phone faster than you can, just makes them smarter at one task.

It doesn't mean kids learn faster at all. If you were to take a really smart young kid with an adult at a piano class, the adult would not just learn faster, but retain the information better. An adult will do better in maths, languages, swimming, running—or just about anything when compared to younger kids. Why is it, then, that we seem to think that kids learn faster than adults?

The answer lies in the way they seem to pick up ideas, even when they're very young. Who, you may ask, give them these ideas? Why, it's us, adults who teach kids. And while the brains of kids are indeed being set up in the early learning period, it's the way adults teach kids that really makes all the difference.

When teaching a kid every adult needs to be aware of at least three factors.

Let's say you were so enamoured by your smartphone's photo capability that you decided to buy a camera. The camera seems to have two main modes. The first is automatic, which is remarkably similar to your phone.

The second mode is manual, which is most likely why you bought the camera. You realise that as impressive as the phone may be, it has a tiny sensor, and therefore the images are mostly doomed to be small and pixelated if blown up.

You put the camera in manual mode, and then all hell breaks loose.

There's this overly frustrating concept of aperture, where someone says: Oh, you have different apertures of f1.4, 2, 2.8, 4, 5.6, 8, 11 and 16. While your brain is still reeling with the letter F, the numbers seem to make no sense. You have no clue what all those things are supposed to do.

However, the person explaining this concept to you doesn't seem to have any intention of stopping. Instead, they explain how each setting brings in more light but also creates lovely “bokeh” when the aperture changes or sharpness, when it's at the other end.

No kid would tolerate this stupid explanation.

The kid doesn't try to understand what they don't understand. It's like describing sex to a kid. It bounces off their heads, and they nod intelligently but have no clue what you're saying.

If an adult wants a kid to operate a camera in manual mode, the first thing that an adult will be forced to do is consider comprehension. They will need to explain the concept so that the kid totally gets it and, more importantly, can use it.

Getting it doesn't mean much

You can explain things to kids, and they have little or no capacity to use your hard-won knowledge. Which is the problem I had with my niece, Marsha, when she was just about seven years old. I could barely figure out what aperture meant, but to explain just about anything to her would require me to change my teaching method.

I told her the following: If you turn this knob towards the 1.4, it gets really, really, really bright. Try it. And that's just what she did. She tried it and yanked her head back as the light flooded the camera.

Then, I told her to move the knob the other way, towards the 16. “It's a lot darker,” she said to me. “What would happen if I put it in the middle to about 5?” I asked her. “I think it will be not too dark and not too bright”, was her logical answer.

Did Marsha end up taking better pictures as a result?

No, of course not. If anything, that was just a little lesson and then she took dozens of overly bright, overexposed shots. She was not concerned with getting things right or taking great pictures.

However, if we tackled one thing at a time, she'd pick up what was needed until she had a more comprehensive understanding. At such a moment, she'd be using the camera in manual mode as though she was born with that particular talent.

Almost all parents and teachers bow deeply to this concept of comprehension.

We know we're wasting our time by trying to be overly technical. We know that kids will agree with our explanation but won't do a thing. If we desire to get some change, we have to make things doable for the kid. However, we take the kid gloves off when it comes to adults.

Ironically, we now assume that an adult can cope with things much faster than a kid. Suddenly, instead of believing that kids learn faster, we think adults should be able to manage complexity just because they're ‘bigger'. The reality is that they can—because adults learn a lot more and a lot faster, but they also have limits. And these limits even apply to professionals

When we visited Italy, we ran into a lovely chef called Giada.

On any given day, Giada would cook for approximately 60 guests. Bus loads of tourists would show up, and almost single-handedly, Giada could cope with the food required for that Italian meal.

One day, when the guests had left, she got a bit curious about Indian food. Her town didn't have an Indian restaurant, and the nearest store was miles away in Florence. We decided to keep things simple and make a few dishes.

Almost instantly, Giada was at sea. She wasn't some tourist learning how to cook the food of the land she was visiting. Giada was—and is—an expert at what she does. Even so, adults are quickly reduced to a child-like state when they're required to do something that's not familiar.

Why do kids learn faster? Because it's us—we adults!

But that's not the only problem. The other issue that most kids have is attention span.

My other niece, Keira is very clear about how I should send her text messages. She's been pretty blunt about it ever since she got her phone when she was 12. If I send her more than a line or two, she keeps reminding me that it's a text, not a chapter I'm sending.

At first, I thought it was her attention span.

If you talk to most people, they will quite confidently tell you that kids “these days” have a short attention span. They're all about shortcuts, short messages and are easily distracted.

Which may sound quite true to our ears, but then people have been mouthing a similar sort of grumble for a few hundred or even thousand years. As adults we see ourselves as having a longer attention span compared with a kid who gets easily distracted.

The reality is that it's quite the opposite

Adults are the one with a short attention span—not kids. Keira will quite happily read a book for several hours, draw on her iPad forever, or build some school project with great concentration.

Her father, however, is the one who is likely to be distracted. He has to work out when she's going to swimming class, if the workers are showing up to do the kitchen next week. And if something pops up on chat, he's onto it right away.

He's not alone, either

An adult with a kid on the train, will routinely be monitoring who's entering the train, the stops before the destination, what the child is doing with that ice-cream cone, etc. There's a flurry of thoughts that swamps the adult brain on an ongoing basis.

Children, mostly devoid of responsibility, only have to concentrate on what they're doing and that fruit they're eating. And already the ice-cream seems to be melting and the kid is quite oblivious.

Yet, the way we teach kids is as though “they” have the short attention span

It starts early because we have no choice. When a kid is learning the alphabet, we can't rattle off from one end to the other. If it's the English alphabet, we have to linger at A, working our way through apples, ants and Armageddon 🙂 before we head to B.

A very young kid is not learning that quickly at all, is possibly hungry, or burpy, or sleepy. Even as they grow into tiny terrors, they're still struggling to keep up with you. However, by the time they're a little older they have almost endless concentration in comparison with an adult, who is distracted almost every second minute.

What does this have to do with learning, you may ask?

Well, we design things for kids as though they have little or no attention span. Don't you think that kind of design has to apply to adults as well? Even if we drop the comparison, there's a clear understanding that we don't design for the adult attention span.

It's because we assume that all adults can take in a lot of information. And yet, absorbing that information isn't easy. Putting it into practice is even harder. Unless you create training that's adult-friendly, all you're usually doing is setting the adult to fail.

They look at what you have put in front of them, and believe that as an adult they should be able to consume it. Usually, they can't. Not only do they not have endless distractions, but they're often too embarrassed to admit that they're lost.

If we think kids learn faster, we're entitled to that opinion.

However, how about changing the way we think so that adults are not left behind? As parents and teachers, we slow things down for kids, that gives them the level playing field that's needed. No wonder they seem to learn quickly.

However it doesn't stop there, either. There's a third point. And for want of a better term, it's called the “70% result”.

What's next: Once you finish reading, head over to
Part 2: How To Learn Faster: What You Can Learn From Kids