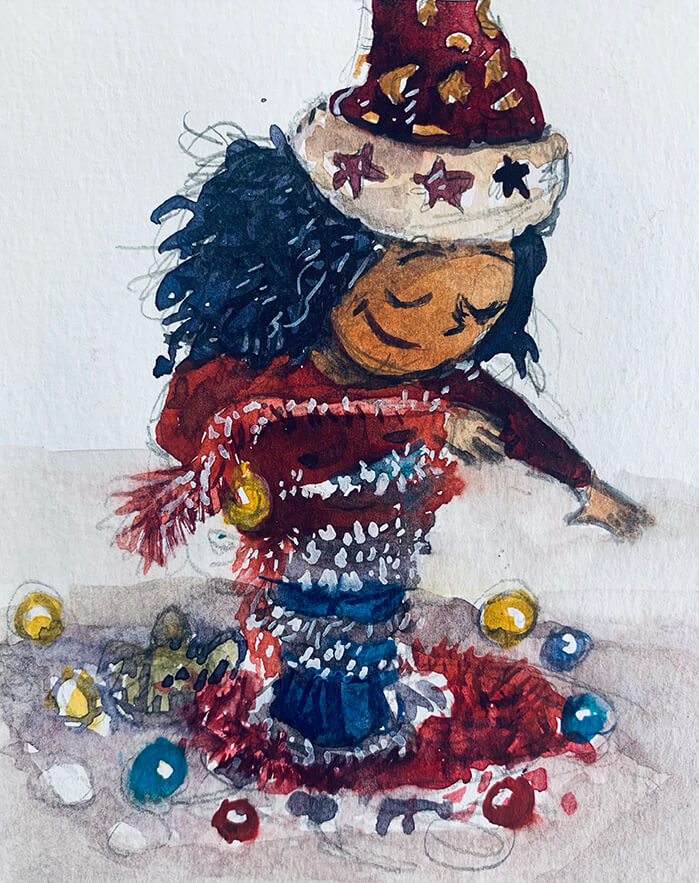 Motivating people around you seems like an unending task.

Your staff, your team, your walking group, your kid all need motivation. And all of them are motivated by different things. Some by money, some by responsibility and others by praise.

Is there one system that works for everyone on the planet? Yes it is, and it's called “being a fan”. Learn how you can become a fan and how it changes the dynamics of a relationship forever.

A couple of years ago, I drew a series of cartoons called “What I learned from Keira”.

Keira is my niece and still very little. However, time and time again she'd ask to see the drawing on my iPad. When she got her own iPad, she even asked me to send the cartoon across, so she could have her own copy. Without realising it, I'd become a fan and she was the superstar.

While this may seem like a pretty cute story, it also has an amazingly powerful motivational force behind it. It was one of many events, but Keira has taken to drawing and painting in a big way. She even draws cards for everyone's birthday and is keen to keep her artwork at the forefront of her life.

However, it was a fluke. It worked like magic, but it's hard to take credit when it wasn't really that well thought through. If anything, we're so busy just doing our own things that we fail to inspire or motivate people around us. We may run companies, or at least be leaders of some kind, with the intention to motivate and inspire, but it's really hard to know how to motivate consistently.

As Randall Stutman of “Admired Leadership” explains: “Everyone is motivated by different things. Some people are motivated by money or power. Others look for recognition and praise. On the other hand, someone gets criticism and it motivates them to do more.

Yet, that very same criticism might work quite differently for another person, who feels dejected, singled out, and undermines their ability to focus.”

In order to motivate, we try to size people up

“Even so, people are really different,” continues Stutman. “One person when given added responsibility is extremely excited, while the other will run from it. Even incentives, such as monetary, affection or resources can act as a motivational factor. The problem that arises time and time again.

The way we deal with motivation is we size people up, and decide, ‘you need more incentive, the other person needs more autonomy and control etc'. Which seems theoretically perfect but it's very tough to size up every situation.

The answer lies in something slightly unusual called “being a fan”.

At this point, Stutman goes into a golf story. He talks about the time when Tiger Woods was at the top of his game, and free of the scandals that came shortly after. In 2005, he had formidable skills, and worked them amazingly well under pressure. In that very year, Tiger Woods is at Augusta, one of the majors of golf and has managed to get himself in a truckload of trouble.

He's hit his shot in what's considered the collar. Even if you know nothing about golf—and I know nothing—Tiger is in a royal mess. At which point, Woods pulls off a miracle.

He hits the ball, which rolls up the side of the hill and trickles back to the hole.

At this moment the crowd goes a bit “cray cray”. They start to jump, scream and hoot and holler. The ball slowly moves towards the cup and the volume of the crowd builds to a deafening crescendo. However, the ball doesn't quite go into the cup right away.

It sits on the edge of the cup for 2.2 seconds. And then, it drops right into the cup. That incredible sequence of events gives Woods a two shot lead and he goes on to win the tournament.

But the story doesn't end there.

The next day, a sportswriter who'd been to every sporting event in the world, said that when that ball started trickling towards the cup, he'd never heard or seen anything like it. The enthusiasm for that shot was unquestionably over the top. And as it got within inches of the hole, the audience was so loud, that everything was moving.

The ground was shaking and the sportswriter could feel the vibration up to his thighs. The writer's conjecture was that the ball finally dropped into the cup for one reason and one reason alone. It's because everyone on the green wanted it to go in.

It wasn't like they could make it go in, but the ground was shaking so much that somehow that ball made its final revolution because of the sheer enthusiasm.

“That is the universal law of motivation and inspiration”, says Stutman

“It's what everyone on the planet wants. They want the people they respect, admire or look up to, to be rooting for them. They want them clapping and cheering. They want that person to prove that they're a fan.” And there's no exception to this law. All you need to ask and answer one question: In this given situation, what would a fan do?

When the final situation is a win, being a fan is easy

What if things go horribly wrong? What if your team doesn't meet its goals? What if your kid doesn't get good grades after all? At these points in time, fans get rowdy. They boo at their team, complaining, and vocally expressing their frustration.

“What would a fan do?” is the question we have to ask ourselves. A real fan may express frustration, but they keep that fire of fandom going for much longer. And the person gets the chance to bask in that fandom for a longer period of time.

The way real leaders act is to document the moment. They write it down, or make a screensaver, or a t-shirt about it. They may agree to share an inch of scotch with you every month, or name a sandwich after you.

All of these methods, small as they may seem are a solid so that when things turn to custard, the person can go back and read it once again. And feel that moment of one-time victory over an extended period, even through the criticism that follows a failure.

You don't have to be a CEO to be a fan

Maybe someone mows your lawn. How about complimenting them by giving them a box of biscuits? Perhaps your employee needs a bit of encouragement. How about writing them a tiny note? And even on a busy day, that is all it takes—a tiny doodle on a piece of paper is something that stays permanent.

I tend to have some markers near my desk and a stack of blank postcards. I try and become a fan of someone as often as I can, perhaps every day.

Being inspirational or motivational is hard work

We are swamped with our own t0-do lists that swirl around us endlessly. It's not always possible to print t-shirts or make screensavers. But it's possible to get a stack of postcards, or even index cards and write little notes, or even do a little doodle.

If you want to motivate people, there's money, there's praise, responsibility or even criticism. Yet, the one thing that people remember is your extended fandom.

Ask Keira. She still glows with pride when I talk about what I learned from her. I'm her fan and she knows it.