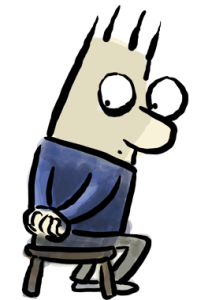 Is multitasking a skill? And is it good for a small business owner? Let's find out.

When I was in school, I'd often do algebra while listening to music playing in the background. And at that point, I was scoring almost perfect scores on my algebra tests and exams.

When most of us talk about multitasking, we talk about doing many things proficiently at the same time. And yes, we can do several things quite well at the same time, depending on what we're doing. So if you want to go out for a walk, and listen to an audio book, you could do that quite well (provided you weren't making notes).

However if someone asked you to cook a new dish and listen to the audiobook, you'd start to struggle a bit. This is because the brain has to focus. And as it is with all new skills—or new recipes for that matter—when the brain has to focus, it drives all the energy to that particular task. At this point in time, any distraction becomes, well, a distraction.

But once you get reasonably good at something, you're able to multitask quite effectively

We've seen how we drive cars and eat a banana. Or how we can sit in meetings and and doodle away. Or for that matter, do reasonably complex algebra equations while the music is blasting on the stereo.

So one of the greatest teachers of our times, the violinist, Shinichi Suzuki, would perform the following task with his students: He would speak to them asking them details about their day, while getting them to play a piece on the violin.

If the student was already adept at playing the piece on the violin, they were able to speak to the teacher without any problem. If on the other hand they were not very good at the piece, they would stop and have to concentrate. They could either speak to him, or play the violin, but not do both.

So then, is multitasking very good after all?

Yes, in a way it's very good because it gives you time to do one activity while you're doing something else altogether. But then another question arises: should you multitask all the time? And the answer is categorically, no.

You want to multitask for the following reasons:

1- To detect your level of skill

If you can do both activities at one go, you're nice and comfortable with those skills. This tells you what you have control over, and don't need to think too much about. It's a solid indicator of your comfort level, and hence shows you that you're a lot more in the driver's seat than you used to be.

When your brain is focused on something, it drives all the energy to do that ‘something'. At times, even while learning a new skill, it's just fun to multitask so that the brain is not so overworked. Ironically multitasking in certain situations like this, gives your brain a bit of a relief, because it knows that you're just having fun.

Fun is a key element to learning quickly and effectively

I did most of my cartoons while watching TV (when I was younger). If I were just to sit at the desk and draw, I'd be bored. And I wouldn't have the skills I've spent years acquiring.

And the same concept applied to the algebra equations. I struggled a lot when I didn't have much control over my algebra, and I used to focus almost endlessly without really getting great results. Then, as I got more control over the the equations, I didn't need to focus so much on what was in front of me. I could listen to the music, do my equations and get them all right pretty consistently.

Of course not all of us can multitask

Some of us may have some health or brain-related problems that may prevent us from effectively multitasking. But for most of us, multitasking is quite normal. And yes, multitasking is a good benchmark, because it gives you a solid understanding of how much you're in control. The more you can multitask and do the job well, the more you realise how far you've come in acquiring a new skill.

So yes, multitasking is good, but not in isolation

Use both. Focus and lack of focus.

Stay on the task, and at other times, multitask.

And most of all, have fun. Because if you don't have fun, well, everything is just hard work.