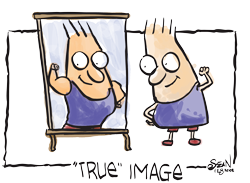 Think of a band that has released 18 number one albums, 18 number one singles and has sold between 150 million-300 million albums and are now in the Rock and Roll Hall of Fame.

A band that only gained international success with their third album. Third? Whatever happened to the first and second? Well, they were moderate successes in the UK market, but it’s the third album, “Sheer Heart Attack” that got them the success they enjoy to this day.

So what were album one and album two about?

Yes, pre-sell. Especially when you’re starting out, things don’t quite move as quickly as you expect. When we first announced a copywriting workshop back in 2008, we got two takers. In 2009, we got four.

Now every time we do a copywriting course, it’s filled to the brim. And this is the great lesson of pre-sell.

We’re so seduced by the concept that things will work out for us the first time around, that we fail to understand that whatever we’re doing right now, becomes the pre-sell for the future.

Whether the pre-sell is embedded (as the copywriting example) or overt (where you specifically tell your clients to check out a page), it all counts as pre-sell.

This pre-sell never really stops and is just as critical when you’re established, as it is when you’re just starting out.

The main point of pre-sell is that it’s unending

When one event finishes, it’s time to start the rollout for that very event once more. Pre-sell is about the announcement and then the steps that follow. But pre-sell is also about products or services that may appear to be a “failure” at the time.

But what if I don't fill up every seat or sell much product? Won't clients think I'm useless?

Actually no one knows. And no one cares. Did you know about the copywriting fiasco of 2008? How about 2009? If you knew, would you care?

But what if you were a client on the course? Would you care that there were 4 or 4000? You'd probably care more if there were 4000 because that would mean you get no attention at all. As a participant, you’d want fewer numbers so you can get the attention you need.

And what about products? Well, would anyone know if you sold many or few?

Yes you would know

And it would hurt. And I'm betting it hurt the rock group, Queen as well. It's terrible to be watching as everyone apparently moves ahead of you, while you have little to show for your effort.

The testimonials you get from those four participants will be so good that they will propel you ahead. You'll learn a fair bit from your mistakes and when the next launch comes along, you'll be better off.

A failure is just a pre-sell to success

The Rock and Roll Hall of fame awaits you!