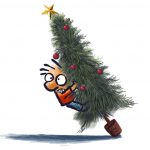 Which product should you pre-sell? Should it be the $20 product or the $2000 one? And why do silos matter so much? In this article we not only learn why the $20 product might matter more, but also how you can promote a product almost endlessly without ever promoting it all. Right click here and […]

Think of a band that has released 18 number one albums, 18 number one singles and has sold between 150 million-300 million albums and are now in the Rock and Roll Hall of Fame. A band called “Queen”. A band that only gained international success with their third album. Third? Whatever happened to the first […]