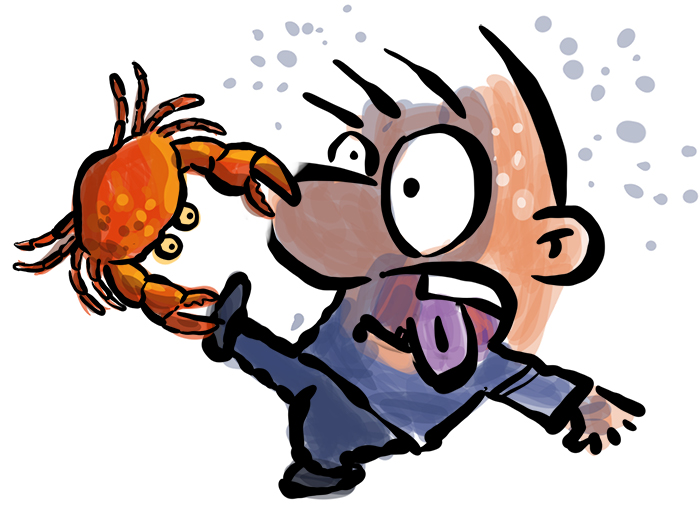 Is there a way to pre-selling your products and services?

Pre-sell is notoriously difficult for most entrepreneurs. It feels greasy and icky at times. And that lack of enthusiasm dooms the sale from the very start. But what if there were a way to sell with stories?

Instead, all you'd need is a story.
A simple story with tiny little details could easily achieve the goal of selling a product or service in advance. But how do you go about it? Let's find out.

There are two ways to pre-sell anything. Selling—and not selling at all.

Most of us are nervous when we're called to sell something, but we have far less of a problem when we have to tell a story. For one, stories follow a pattern. They tend to start somewhere, go through a pathway and have an ending.

Stories don't need you to be precise because you're merely recounting something that happened in the past. And yet, a story can be a powerful way of pre-selling, if you want to get a message across.

Chris Voss is an ex-FBI negotiator, and now the author of the book, “Never Split the Difference”. Voss is telling a story that goes like this: “About two years ago, Voss gets introduced to Robert Herjavec, from the series “Shark Tank”. And Herjavec invites the author to lunch.

Over lunch, Herjavec wonders if the Black Swan Group negotiation course can help his new sales team. Since the author had a negotiation training about to unfold in New York, he offered Herjavec a free ticket. However, Herjavec decides he'd rather buy some tickets and send the team across.

However, as the days pass, there's confusion and frustration building with the author's sales team. His people get on the phone and say: “We are getting ready to sell out. And if Herjavec and his people don't buy now, there won't be any tickets, free or otherwise.”

“The tickets to our events are very expensive,” continues the author, “and my team is mad at me for giving away anything for free. They don't care who it is, even if it is a famous guy from TV.

Point 1: There's a course—and it's expensive.
Point 2: This was the New York edition, which means it might be held a lot in New York or other big cities in the U.S.
Point 3: Good for sales teams (and possibly if you're building a sales team)
Point 4: They're selling out, and from the way the story flows, they seem to sell out often or all the time. Which is why they don't care who it is, even if it's a famous guy from TV.

Notice there was no overt sales pitch in that story

Yet, it was a pre-sell, and while it may not be a precise pre-sell for a course on the 5th of June, for example, it's undoubtedly a pre-sell for the future. All of it was engineered in a story. And at Psychotactics, that's what we do a lot of, as well. You've read articles or listened to the podcast, and you know that a story will go like this:

“One of the biggest struggles we've had in workshops is saying NO.”

Back in 2006, we had a real problem on our hands. A client asked if he could bring his daughter along for the California workshop. “She'll sit at the back of the room,” he said. “She's just a teenager, and she's travelling with me, and as her father I want her to be safe. If it's not a problem, she'll just quietly sit at the back and do her own thing.”

It sounded like a father's plea and was hard to turn down. But things soon went wrong. The girl didn't sit at the back of the room. She got involved in the group discussions. And we have just 16 people in all at every workshop we want everyone to go home with a pre-determined result. And this group of 16 is further broken up into groups of four.

When another person joins the group, it suddenly becomes imbalanced. But her joining the group wasn't just imbalance; it was chaos.

Let's stop the story there and see the points you've picked up:

1- That we have workshops—and you most certainly picked up on California.
2- That our workshops have small groups of no more than 16.
3- Each of the groups is split into smaller sub-sections of four, each.
4- We promise a pre-determined result.

That was a rather short story, and it didn't even end, yet there was a clear pre-sell for future workshops. If I wanted to signal seminars in Australia, I could give examples of someplace in Aussie. If on the other hand, I wanted to suggest that we have workshops in Europe, I could have talked about our Brussels or Munich workshop.

The story reads like one, sounds like one, but it is doling out three or four precise points that the listener or the reader picks up, on. And while many of your audience may not necessarily take action right now, they'll file the information away.

However, some of the clients will follow through. If, for instance, I were headed to New York and Chris Voss was having a course, I would look it up, even though he's not given me any precise details in his story.

Not selling at all, doesn't mean you're merely going to waddle through a storyline

The story must have a precise reason. In the California workshop story, the intention was “how to say no to clients, to avoid unexpected chaos at events”. It's an article and useful to the reader. But embedded in the article are a set of points you want to get across.

You need to know in advance what you want to cover, and not be overly greedy. Covering between 4-5 points is enough to get the reader or listener interested. It doesn't seem pushy, which is the very thing that causes most of us to struggle with sales. We don't want to hustle. We hate that icky feeling of pushing ourselves forward.

But even the meekest of us can, at least some of the time, tell a story. If you're clear what you're going to talk about, you'll find that every article, every podcast, every presentation—or just about anything you say can be pre-sold in the form of a story. And by and large, if the story is precise, your audience will happily follow along.

Even so, what if you've got to launch a product, service or training on a precise date

In such a situation, a story isn't going to be of much use. A story is based on the past tense. If you have an event coming up in April, you have to treat it like you would in real life. What would you say if you were inviting your friends to dinner? You wouldn't fluff around and tell stories, would you?

You'd say: I'm planning a dinner in mid-April. I'd like you all to be there. And while it sounds relatively vague, you can pre-sell without a specific date. You can say you're planning to have a tiger-knitting course in mid-April. Or a storytelling course in May. You don't have to give or even have all the details.

All you're doing is getting the audience prepared. However, at some point, you will need to give more details, have a sales page and go through the steps needed for clients to go ahead with the purchase.

If pre-sell seems intimidating at first, avoid the specifics

Go with the story. Here is a quick template:

That will get you started. If you're not sure which story to tell, think of a person (just like the author thought of Herjavec. And I thought of the guy with the teenage daughter). That will bring up the story, and all you need to do is to fill in the points you want to cover.

If you roll out one story, you can roll out two, or seventy-two. Every article doesn't need to have a pre-sell, but you might want to start with one in four. As you get more comfortable, you can use it almost all the time.

Pre-sell requires selling. Or no selling at all. Start with the story-type no sell and see how it works for you.