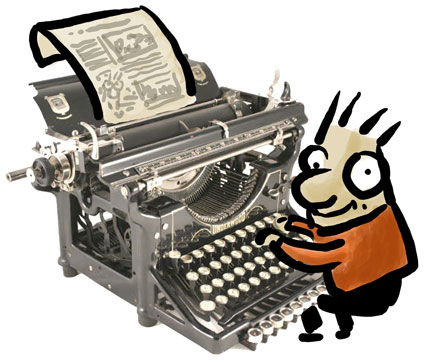 Without a doubt, stories take first place. So how do we use storytelling in our marketing?

Storytelling is way more powerful in creating any sort of persuasion in marketing because of how the story unfolds. Robert McKee is a creative writing instructor who’s famous for his “Story Seminar”. In his seminar, he explains why persuasion through stories is so effective as compared with other methods.

So let’s examine all three methods of writing:

Rhetoric is simply the assembly of facts.

And data. And more data.

Now it’s not like data doesn’t work. It does. It’s a powerful way of getting and keeping the audience’s attention. But the core problem with data is that there are usually two sides to the picture. So when you present data, you automatically conceal data that doesn’t prove your point, because, as we know for every point, there is a counterpoint.

There’s also the problem with the fact that the person will have their own set of facts/data in their brain. So your data will clash directly with their data causing a set of objections that must be overcome quickly. If the objections are not overcome then the audience member will start to tune out—and you’ll have lost control.

Whatever you say from that point on will tend to be discounted or simply not heard and accepted. So rhetoric works, but it’s not the most powerful technique to use when presenting information.

That takes us to coercion

Coercion works magnificently well. Because it preys on fear, ignorance, urgency or other such emotions, coercion is an instant hit. You’ve experienced coercion yourself when you’re in a bind of sorts.

You’re in a strange country and the taxi driver demands you pay the exorbitant fee. You’re in the audience and the presenter creates this stampede to the back of the room—and you’re not even sure what you’re buying. You’ve been told by the presenter that if your company doesn’t invest in this new technology that you’ll be left behind—and you have to start right away.

And of course, we sign up. We are so in shock and awe, seemingly trapped by our own ignorance that we give in. And then we regret our actions later.

So yes, coercion is a great short-term system.

It’s powerful beyond belief especially when you have an outstanding speaker, with specific facts and enough knowledge on how to drive the audience to buy pretty much instantly.

Even in a situation where the audience consists of a group and not an individual decision-maker, coercion creates enough confusion to cause the group to take what seems to be the “safe” route. But as you and I have experienced, the aftertaste is yucky.

And it seriously dents your ability to gain a spotless reputation in the long run.

Which leaves us with storytelling

Story telling creates the maximum impact because it has the power of rhetoric, facts and statistics without the downside of concealing data. So let’s look at a real example.

This story is being told by Debbie Perkins from Pazon Ignitions.

“Our business was just starting to grow when we hit an almighty hurdle. We realized that to grow the business further we were going to have to write articles.

Andy did not have the time to do this and, saying he has no imagination at all, it fell to me (Debbie).

Horror is the only way I can explain how I felt at having to write articles, as I had avoided reading and writing all my life. At the time of the Article Writing Course, I had never (and I mean never) read any storybooks, not even at school (I managed to fake it at school by watching movies etc.).

Reading and writing to me was the worse nightmare ever

We came to realize I have dyslexia and Irlen syndrome, which is why I have so much difficulty reading. Words on a page look like a waterfall to me—a fuzzy one at that.

So being dropped in at the deep end on this course was a huge thing for me – the hurdle I faced felt about 20 feet high. And I could not see how an article course was going to help me write.

How wrong can you be?

The course was interesting and laid out in simple steps on how to write. At first, I could not do it, or so I thought.  With Sean’s help, I kept plugging away. At times I felt like I was hitting my head against a brick wall.

With persistence (and the help of a Dictaphone), out of nowhere the hurdle that was 20 feet high started to lower. And before I knew it, I was writing articles and rewriting everything Andy had written previously.

The best thing of all was that I was beginning to enjoy it. We implemented the course in several ways.

I now have articles published in magazines.  I have rewritten our website and adverts, and I’ve written the introduction to our technical book that’s currently being worked on by Andy.

I also use all of the course teachings in every aspect of our lives now. Now I can take a boring technical subject (we write articles about ignitions for classic bikes), and turn it into something that everyone can understand and enjoy–which helps educate our customers better.”

What you’ll notice is that the story can create enormous persuasion without trying to do so.

You read the story and you are able to gauge by the tone and detail about the trouble the person had to go through to get from one point to another. If the story had specific facts e.g. We lost $10,000 before clawing it back; or we made $10,000 within  3 months, then it doesn’t appear to conceal any information, but actually brings out the facts behind the data.

And as we already know intense stories are like roller coasters.

They go up, down, sideways and have this drama, flow and power that mere facts can never reproduce.

And stories also have one big added bonus.

If the story is not overly complex, it’s easy to retell the story in close to exact detail, thus passing on the persuasion to a person who may not be part of your immediate audience. You may forget statistics and be disgusted with coercion, but stories are wonderful because you can not only remember them, but someone else will be more than happy to listen to them.

So if you want to persuade, you now know how to use storytelling to your advantange. They sure beat the heck out of any other form of persuasion.