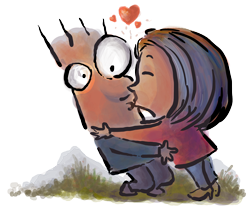 What's your definition of a thought leader?

No, don't think about it. You know the answer already. It's not some thinker. Instead it's someone who does stuff. That's how you become a thought-leader. You actually do things.

And there's proof that thought is a waste of time

Yet most of us are trained to think, think and think

We are told to sleep on things and think about things, when in fact nothing much changes with whatever's in our heads. And that's because thinking is only very useful at a learning or creation stage. When we're in the process of writing a book, we have to think of what to do, because we write books so infrequently, that the whole process of writing becomes one big thought exercise.

If on the other hand we wrote every single day, the thought process would be a lot sharper, faster and may I say, better. You know this to be true, because you do something quite creative like driving to the supermarket. You have to dodge all those “bad drivers” on the road, look out for the ditch, make the correct turn, answer your co-passenger and yet you drive without so much as a thought.

The moment it comes to achieving anything slightly more substantial, we start to think

Is this book you're writing heading in the right direction? Will anyone even bother to read it? You think, think and think. And then paralysis sets in. Too many thoughts start swarming in your head, and soon there's no space to do anything.

But instead, if you had a kind of plug and play system and simply put those ideas in that system, you'd have to think a lot less. You could actually achieve, then review and refine your book. But no, we choose to think instead.

And this is because thinking is the fallback position

I remember the time I went to pick up my niece from Auckland airport. My niece was just 3 years old. And coming in from India, she'd never used a seat belt in a car before that day. So would she sit in the car with the seatbelt? Would it be too big for her? Would she throw a tantrum? Would she do this and would she do that? Luckily I had someone else do all this thinking for me, because all I did was drive to the airport.

As things turned out, no matter what I thought, a three-year old does what she likes. And as I found, she was not only happy to use the seat belt, but liked the car seat so much that we had to take it out of the car, and into the house, so she could have her own seat—and seat belt.

The brain, your brain and mine doesn't need a seat belt

And too much thinking takes up too much glucose and gets the brain tired. So the brain uses a shortcut. It learns things so it doesn't have to think. You learn to walk, swim, drive, use Photoshop or watercolours. You learn how to pick good vegetables, cook a great meal, because the best chefs and artists don't spend much time in thought. Instead they spend time executing. And the reason they can execute is because they've learned and refined a system.

What you need is less thought and more system

Thinking is mostly a waste of time. Yes, there's no harm in thinking when creating stuff, but to think, think and think is what drives people crazy—and mostly makes them miserable. This is because these needless thoughts rarely go up and away. They tend to spiral downwards in a doom loop until we can no longer think any more. We're drained and guess who is to blame?

So find yourself a good teacher

—Find yourself a system.
—Then work that system over and over so you don't have to think.
—That's when true creativity happens.
—That's when you become a thought leader—and actually do stuff!