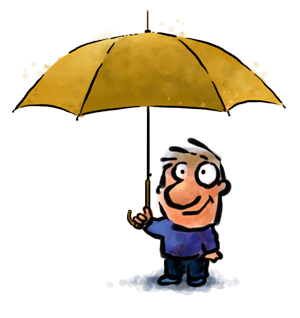 In New Zealand, right before the brand “30 Seconds” came along, there may have been dozens of mould and moss removers. So why did “30 seconds” stand out? Ok, it’s time to cover your eyes for a few seconds and try to recall what “30 seconds” asks you to do. You remembered it, didn’t you? All you needed to do was “spray and walk away”.

Why did that line stick in your head?

You didn’t have to think of the words; that’s why. You already had a similar line in your head long before you heard that particular tagline. When the announcer says, “spray and walk away”, he’s using everyday language. The ordinary language means there’s not a lot to remember. And this “nothing to remember” bit—it’s important from a brain point of view.

Whenever we hear something—like a phone number, for instance—we can keep in our working memory

However, unless we repeat the number several times—or assign some logic to the number, we’re soon unable to remember it at all. Take my old library card for instance. The number is 1000203674956.

Try remembering that number! But I do, because I was sick of having to dig into my wallet, go through a bunch of cards and find the library card number. So I worked hard at breaking it up into chunks of 1000-2036-74956. However, no matter how I explain the logic of how I remember it, you will find it hard to remember.

So we have to use everyday, spoken language. Let’s take an example of the Psychotactics headline course. What’s the promise?
Get a greater number of clickthroughs for your headline.

So when we look at the headline for The Brain Audit, it’s “Have you seen your customer back out of a deal at the very last minute?”

That seems pretty readable—and it does its job for a headline. But what’s the tagline for The Brain Audit? It’s on the cover of the book if you look at the sub-head. It states: Why Customers buy (and why they don’t). Now try remembering that line a year from now. It’s not that hard to remember, is it? The headline of a client backing away of the “deal” seems a bit bendy to remember, but the “why customers buy…” sticks in your head.

When you’re creating a trigger statement, you may find the headline works just fine as a trigger

But in most cases, the headline doesn’t hold water for a long period. It works to get you to read more. It keeps you interested, but the sheer length and complexity of a headline causes drop out over time. Taglines, on the other hand, are designed to be short—and memorable. And for this reason alone, they need to be in everyday, spoken language. Something that the client has already encountered before and possibly experienced many times over.

So how do you get to this everyday, spoken language?

It’s not as hard as you think—all you have to do is speak out the words. Let’s say you’re in the business of selling mould removers, your line would be: “I wish I could just “spray and walk away.” That's the key—did you notice it? Say, “I wish I could just—and then fill in the blanks.

Let's take a few examples starting with “I wish I could…”

– learn how to influence others without hard sell
– learn how to take stunning pictures—without a big, fancy camera
– learn how to peel garlic without endless fiddling
– learn to make Indian food using just five spices
– learn to write articles that don't end up in an article-graveyard

Notice how easy it is to remember those lines?

They seem to be like taglines, but they're just ordinary every day lines. They're statements, you and I would make when we felt we needed to get to an end point; when we felt we desperately needed to solve a problem. What's interesting, however, is a good tagline has two parts. The first part is the wish for the end point, but the second part of the tagline is the removal of the barrier.

Let's look at the barrier, shall we?

If you took the taglines as they were, they seemed pretty good, but once you added some contrast, it gave the lines a life of its own

And yes, a tagline is different from a headline

Simply because of its memorability factor. It's not that a tagline can't be used as a headline. However, if you can't remember the headline ten months from now, then it's a headline, not a tagline. A tagline is so simple, yet so well put together that it comes across as something you and I would say every day.

But wait, the “just spray and walk away” didn't have the barrier, did it?”

No, it didn't. And sometimes you can get away with a tagline that doesn't explicitly mention the barrier. The barrier creates contrast and makes the tagline more interesting. My advice would be to put the barrier wherever you can.

And keep it simple.

Taglines like simplicity.
It makes them memorable for years to come.