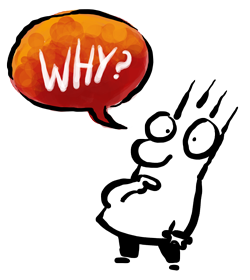 You may have never heard of John Wooden.

He was a coach. And a darned good one too.

In a space of 12 seasons, he won 10 championships with U.C.L.A, putting him in an orbit all of his own. John Wooden holds the amazing record for national championships in men’s basketball at ten. The next closest “competitors” are a couple of coaches who only managed a “paltry” four championships each.

At the start of every season, he taught every basketball player on his team to tie their shoelaces.

Surely there were better things to learn than tying shoelaces. But Wooden did it every year. And he had a reason why he went through this seemingly mindless routine. “Badly tied laces lead to blisters”, he would say. “And well tied laces mean you don't easily get sprained ankles”.

Clients don't always tie their “laces” well. And then when your course is supposed to be zooming around, a couple are moving slowly because of “sprained ankles”. On a course, this could be a sprain from a client not understanding how to use a forum, or some technology. Or not paying attention to some instructions.

And your due diligence doesn't matter

John Wooden wasn't sloppy. He'd take great care to pass out a sheet of paper. His players would joke about them, and make paper airplanes with them. And that's a lot what happens with you. You may create an elaborate system of getting your participants ready for a course. Yet, they're busy with their lives, not paying attention to your plan. And why should they? It's not their plan.

So when they're on your court, you get them to tie their shoelaces…

Like for instance, we have a routine of tying shoelaces on the cartooning course. The first week we don't do any drawing. We go through the steps of introducing ourselves, talking about our success and failure in drawing. We go through alumni posts, learn how to link pictures to Facebook (or other online hosting services). We make sure that participants order (or buy) a book. And then to round off the week, they watch some videos and read the overview of the course again.

It may seem like a mindless exercise, but it's not

It does a few things right off the bat

1) It makes sure that everyone's on the same page.
2) It creates a safe zone.
3) It creates an aura of discipline (which is critical for learning any skill)

1) It makes sure that everyone's on the same page

There are three types of people. Some who rush ahead no matter what the schedule. There are those who stay on schedule and those who show up just on time. The ones who got there early or on time may seem to be in a better position, and they probably are. But there's also the chance of over-confidence.

I remember getting to Chicago airport several hours before we were required to be there. We were off to Barcelona on vacation and in there was no point sitting in the hotel. So we sat in the empty departure lounge. But we were so early that we were also complacent. You know what happened next, right?

No, we didn't miss our flight, but we came within minutes of missing it. We grew suspicious when there were no other passengers at our departure gate with just 10 minutes to go. And that's the problem with complacency, no matter when a participant shows up. So going through the routine make absolutely sure that everyone's on the same page. Which takes us to point No.2: The safe zone.

2) It creates a safe zone

When participants show up in your zone, they're always going to be slightly buzzed. This buzz comes partly from excitement, partly from a bit of intimidation. There are many things to do and learn before a course begins. And if you were to simply start up a course, there's a pretty good chance that at least some folks are fumbling with hardware, software, or some instructions.

They all, we all, need some time to get settled in. And like a party, everyone shows up at their own convenience. And so it's important to get everyone go through a routine. This of course, could be done before the course begins, but often it's a better practice to do it when the course begins.

Yes, it's eating up into course time, but that can be easily fixed by pushing the end of the course by the same duration. So if you start a week later because you spent the first week with tying laces, you can extend the course to a week later on the other end.

This safe zone ensures that almost all issues can be tackled so that everyone is comfy. Everyone can settle down with their favourite drink. And the party can begin—even though it's a bit later.

But you have to wonder, won't this make everyone impatient? Sure it will. And this is the third important point.

Because of courses proliferating on the Internet, people are used to jumping in and out. Doing assignments (or not) as they feel like. This doesn't work to their benefit. It causes the group to fail (if you're doing group learning) and of course you become a lousy coach.

A coach is only as good as his/her players. And therefore the idea of discipline needs to be set in right from the start. Without discipline, skill acquisition is almost impossible, because without discipline you have chaos. Everyone does whatever they darned feel like, and that a demoralising situation to learn in.

Which is why John Wooden started with the shoelaces

It sent a clear message.
A message of everyone on the same page, the safe zone and discipline.

And that's how you create winners

Most people think that winning is a result of sheer talent.
And it is.But talent is not inborn. It has to be learned and honed.