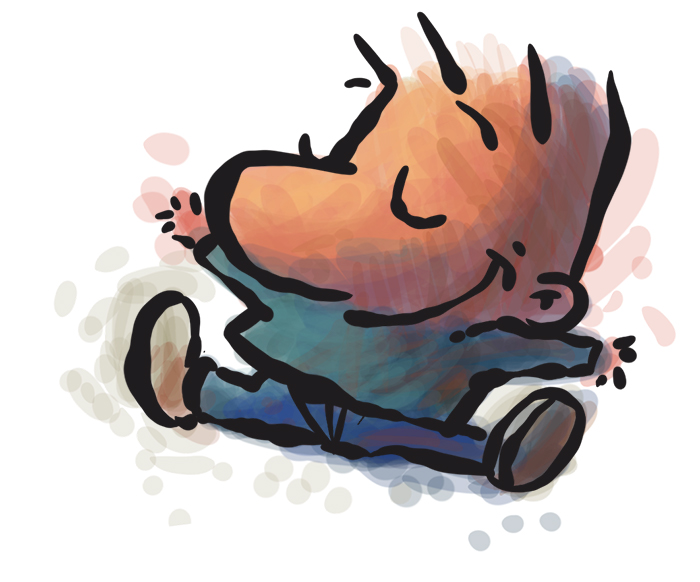 Should we follow a formula when writing an article?

Let's go deeper into how it's not just the article writing alone, but how a fixed formula can derail us.

We often believe that if we've written an 800 words article in the past, the next article needs to be just as long. Which slows down your writing and often throws you completely off track. Find out why staying flexible is good for you as well as the reader.

2- Why reaction has an “expertise” spinoff

Before 1960, Coca Cola had a big problem with the red colour of their cans.

Coke's network was too vast and involved too many suppliers. Yet, one of the printers solved this seemingly impossible problem. A printing firm in New Jersey had just hired a new employee, called Herbert Lawrence.

Lawrence didn't understand why there should be such a vast amount of randomness in printing. He came up with the idea of “shades of red”, with numbers backing each of the shades. Or in other words, he invented the Pantone system.

Instead of just the colour “red”, there would be shades of red. Each shade had a specific mix of tones that made up the red—a sort of ID. Because of the colour's ID, the Pantone shade would always be the same, no matter where the can was printed.

All of this happened because he refused to accept the status quo.

He didn't merely do what the others in the field were doing. And that's what set him out as the expert. Similarly, your reaction to something you've read listened or watched creates a tangent that no one is expecting. And in doing so, you get clients who are reading your work for the first time, to take notice instantly.

The reality is that there's a considerable amount of sameness, both online and offline

Sameness, as you'd expect, is perfect for business. If someone writes an article on “how to bake a cake”, there's almost always room for a million other seemingly identical articles to exist. However, while useful, that kind of sameness does not evoke the emotion that you need to stand out.

For instance, in a photo group someone might ask:

Is it okay to use the automatic settings sometimes, instead of shooting in manual?

Even if you're pretty much a beginner, you're likely to have an opinion on when to shoot in manual, and why even some National Geographic based photographers use their automatic settings. As soon as you express your opinion, it's essential to add a considerable amount of detail.

When you write a fair bit, you are doing three things simultaneously.

1- In that group—if it's a group—you're seen as someone who knows stuff. There's a level of expertise.
2- Even if you don't feel like an expert, you will begin to do so once people respond to your advice. Or ask for help.
3- It creates content based on their questions, plus they may have counter-questions. All of this helps to create an excellent article.

Does the amount of detail bring up a level of instant fear?

You're hardly an expert in your own eyes. Shouldn't you be doing a lot of research before you share your knowledge? Won't you appear to be foolish in front of strangers? The point is that they are strangers, and we are always undercutting our level of expertise.

Even as a beginner, you know things that others may have overlooked. You have the eyes of a beginner, and you see things entirely differently.

Yes, there will be the overpowering need for research when answering, but put it aside for a while and you'll be amazed at how people respond.

Not all groups are the same of course

Some people have no sense of decorum. They're rude, obnoxious and live to put others down. If you run into such a situation, be aware that there are thousands of other groups that would not only be civil but benefit from your knowledge.

Herbert Lawrence, who invented the Pantone system, wasn't an expert.

He was a part-time hire and a recent graduate when he joined the printing company. However, his initiative and detail (yes, 24 shades of red) soon got him in a position to become the expert. When writing articles, you may not feel, think or even be an expert.

However, no one knows or even cares. What they care about is that you've given your advice and gone into detail about why you feel that way.

Without realising it, you become the expert in the eyes of others.

Which takes us to the third part: How to use reaction as part of your marketing content strategy.

3-How to keep reaction-based articles going—even when they seem too small—or too big.

When I wrote my first marketing article back in 2001 or so, I wasn't reacting.

The process was tedious, and it took days to get an article off the ground.

There were also other problems. I didn't understand the structure, didn't put in enough examples and failed to see the potential objections in an article. Even so, almost 20 years later, there seems to be even more to write, and more angles to tackle. All of this vast amount of content comes virtually exclusively from a reaction.

Even so, how does it play a part in your content marketing strategy?

The main factor to understand when creating content is that clients want a few core elements:

1: If possible, they want you to give your point of view.
2: They don't need the content to be of the same length every time.

The first part—to give your point of view—is already something that we have established.

That your reaction matters. However, when you're looking at a long term content strategy, it's easy to believe that you need to stick to a length of time. Hence, if you've been writing articles of 1000 words each, you continue to write articles that are identical in size.

And that belief system is erroneous

Some of the best-loved articles on Psychotactics have been super-short, and some are so long that we even call them “Long Reads”. On average, a Psychotactics article is somewhere in the middle, between 1000-1500 words in length.

The reality is that every article can't be super-detailed.

Sometimes you just want to get a single point across. You can still explain that singular point, but you don't have to drag it across 1000-1500 words.

At other times, a page might not be enough, and you need to stretch an article to 3000 or 4000 words. Usually, this is when we tend to freeze. We believe we have to stick to a formula that's been set in place. Yet, that formula is only in our heads. If you ask a client, how long (or short) your articles happen to be, they will all come up with different answers.

The goal of your content marketing strategy is to be consistent

When we started in 2001, we put out the newsletter once a month, then twice a month. Today, the newsletter goes out twice a week, without fail. However, the key to making sure we don't miss that deadline is to react.

Is the article too short?
Is it too long?
Is it just right?

That kind of introspection slows you down and throws you off track. The article needs to get out. Hence, get your reading, listening or video together. Watch it, read it, or listen to it and then react as quickly as you possibly can.

I got stuck for a while. I couldn't write. I was trying too hard to be an author. We can all be authors someday and struggle our way through a course, a book or a script. For now, however, it's a good idea to do nothing more than react and write.

1- The power of reacting, not writing.
2- Why reaction has an “expertise” spinoff
3-How to keep reaction-based articles going—even when they seem too small—or too big.