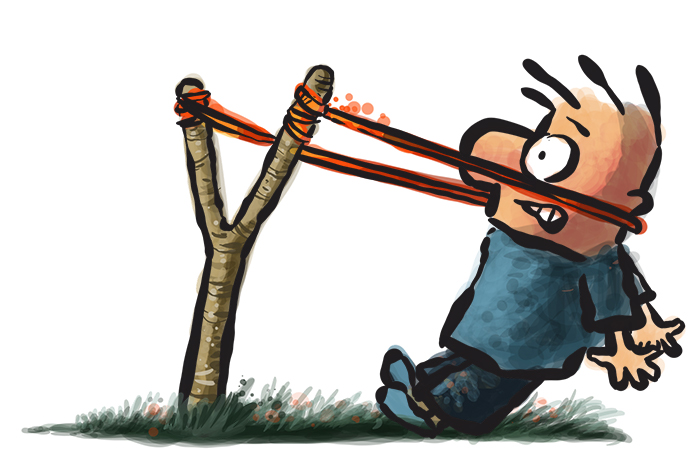 Is there a difference between an author and a writer?

Sometimes the articles you and I write seem boring—and they are. As you'd expect, there's a reason why. We are trying to write from the ground up. We wake up wondering what we'll write about, eventually figure out a topic and then get to outlining. Not only does the article take ages to write, but when it's done, it doesn't seem very interesting.

Why does writing seem like a chore? It's easy to believe that we need more practice. But practice alone doesn't bring an article to life. A dull article, even when filled with lots of words, is still very boring.

The problem lies in the misunderstanding that we need to write like authors.

Authors and writers may be similar but most often are not. Being an author is often a gruelling task, and as a writer of articles, it's best to avoid that path. Here's how you go about it.

In this article we'll cover:

1- The power of reacting, not writing.
2- Why reaction has an “expertise” spinoff
3-How to keep reaction based articles going—even when they seem too small—or too big.

1- The power of reacting, not writing.

I don't believe in Writer's Block but couldn't write for several months.

It was around the year 2014 or so. For several months, I hadn't written a word, despite wanting to do so. It wasn't like I was bored, or burned out or even lost my skill.

It's just that I couldn't write. It meant that my wife, Renuka, was forced to re-run almost three months worth of newsletters based on articles that had been published in the past.

What was stopping me from writing, I wondered.

I looked through my earlier articles hoping to find an answer. It was then that I realised there was a common thread. In all the previous articles, I wasn't writing. Instead, I was reacting. The big reason why I wasn't moving forward was apparent. Instead of reacting, I was trying to be an author and write from the ground up.

Why does writing from the ground up, make us so grumpy?

When you sit down to create a new course, or write a book, or screenplay, there's an enormous amount of an uphill climb. It is because you're often creating something from nothing. There's an intense feeling of emptiness when you embark on such an endeavour, and for two precise reasons.

The first is that the work is extensive.

A workshop or course may consist of several hundred slides, all that need to fit cohesively together. A book will be marked by chapters, which also needs to extend almost endlessly into a hundred pages or more.

The vastness of the subject matter causes the writer to freeze, or at least endlessly procrastinate. The mistake most of us make, when writing an article, is we take on the act of writing a book to be the same as writing an article.

An article doesn't need to—and should seldom start from zero.

Instead, it should almost always be a reaction. Let's say someone is having a hard time writing an article. They take hours, days, maybe even a week. They write about their frustrations or express it somewhere. At that precise point in time, you realise that you have a solution to their problem. You are therefore reacting, rather than creating from zero.

Almost all my courses, books and webinars are a struggle, but what about the articles?

They've all been a struggle too, but this pressure only surfaces when I'm trying to write from almost nothing.

Take, for example, an article I've meant to write: It's called “Is fame necessary for a business”? That idea popped into my head when watching a series on YouTube, three years ago.

I still haven't gotten started on the article. And that's not the only idea that's been stalled. A second article idea is called “Three chefs (and the lessons I've learned)”.

Once again, that's been on a Post-It on my wall. Luckily there is a date on it as well, and it says April 2016. By Feb 2021, I still haven't gotten down to writing that piece.

It's not for want of skill, either.

I write every day—often a few thousand words a day. I answer long posts on the membership site at 5000bc, create podcasts etc. There's no shortage of skill. Whenever I struggle, it's because I'm not reacting to a question, or a comment, or even another article.

I start from zero.

In the process, many other articles get written, but the ones that I intend to write, lie dormant.

It's not as if to suggest you should only write using one method. Yet, if you want to be consistently putting out a stream of work, you'll need a “reaction-based” strategy.

As writers, we need all the energy we can get

An article is not just an article. You have the opening line, the first paragraph, stories, examples, objections, the structure of the article, and the reconnection at the end. What seems to be “one article” is close to a dozen elements.

All of which need to stack up against each other. Having to assemble an article is enough to tire you out quite a bit because you're using up your energy. When you're reacting, however, you're feeding off the thoughts or words of another person.

If you have clients, they have questions, and you respond to their queries. But even if you don't have clients, you can be reading a book, or listening to the podcast and find that your view of the world is slightly different from the author.

Take, for example, the concept of “creating habits”.

At one point in my life, I thought it took about 21 days to create a habit. Books will tell you it takes time to build and fortify a habit. Even so, as I read a book by an author who's sold hundreds of thousands of copies, I realised that the 21-day habit creation was a myth. Habits are formed or demolished in a mere instant.

You can avoid sugar for ten months, and for no apparent reason, find a biscuit irresistible. Or, you could be gobbling biscuits voraciously for ten months and decide to give it up with no prior notice.

For example, my father smoked 20 cigarettes a day, for almost 15 years of his life. I even have a picture of the two of us on the day of my baptism. Yes, he has a cigarette in his hand.

Did he follow a 21-day pattern? Not at all. He decided to give up his smoking habit and threw his half-filled cigarette packet out of the second-floor window. That's how he kicked the habit.

As you can see, I reacted strongly to the contents of the book.

In that particular case, I had my own opinion; my own way of looking at the world. You also have that power and need to be on the lookout for energy from another source continually.

1- Things that you disagree with, or very strongly agree with.
2- Questions that come at you in a forum, or group.

When you fail to react, things sound boring, take longer, and it feels like a chore. Which isn't to say that you can't start from zero. Authors do it all the time, and they know it's a slog.

Writing articles shouldn't feel like a doomsday mission. 800-1000 words need to be driven from an outside source. That way you get to store all your energy and the force comes from elsewhere.

Part 2: How A Fixed Article Writing Formula Can Derail Your Writing