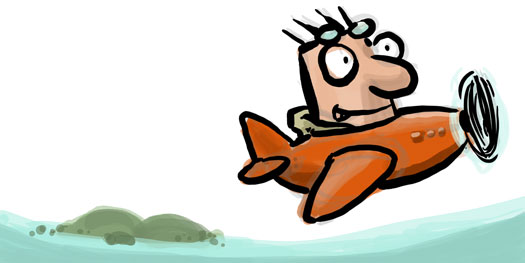 I remember sitting in a queue at JFK airport in New York waiting to take off.
As I sat in the plane, I could see our plane stuck behind about six or eight other planes.
They were all waiting to take off. And as we waited the weather conditions changed, causing the planes to keep taxiing till they got the right runway for takeoff.

The control tower kept moving the planes to the best possible location—a runway where the weather wasn’t against us. This meant we spent well over 45 minutes on the ground going from runway to runway following that queue of planes.

Then finally we took off. Once we got the right weather conditions, it was easy to take off and we had no problem all the way to sunny Barcelona.

But things aren’t looking so sunny for you, right now are they?
Suddenly you find you’re losing focus, and you’re not sure why.
Let’s just say you’re not a lazy person.

Let’s imagine you’re a reasonably hard worker and have not problem concentrating.
Yet suddenly things aren’t going your way. Suddenly, you’re struggling to focus. Should you fight through the problem? Or should you take a break?

This is more psychological than anything else.
When something occurs on a frequent basis, the brain starts to create what is called a “brain map”. Think about it this way. Hold a cup. You’ll see that your thumb jumps out first, then your forefinger. Then a millisecond later, the three fingers jump out.

It all looks like one action, but in fact it is about half a dozen or more actions in your brain.

If you do that often enough, the brain forms a map. If you try to reach for the cup with your middle finger first, it not only makes rude signs at you, but it’s also almost impossible to pick up the cup quickly.

This brain mapping is what we’d call a “habit” but in fact it’s quite temporary unless we make it permanent.
Again, “permanent” is just a throwaway word, because the brain is highly plastic. Anything learned can be unlearned. However in the short term the way “through” isn’t the way at all. The way out is to take a clean break. To go someplace where the “crazy brain map” is unable to function as it has been doing in the short term. When this happens, the newly formed habit gets “lazy” and of course a new brain map starts to take its place.

This is interesting, most interesting of all: The new brain map taking the old one’s place.
The brain loves to lose what it won’t use, and so as you step away from the behaviour that’s driving you crazy, you allow the brain to now take over that brain real estate with a sense of calm relaxation. And the behaviour that’s been agitating you, slows down and finally stops—given adequate time.

Trying to fight through the system is never productive. You have to create a whole new brain map (this is akin to Albert Einstein’s quote: “We can’t solve problems by using the same kind of thinking we used when we created them”). So “getting away” is the best thing to do.

It reorganises your brain, gives it time to relax and then allows you to come back re-energised.

Which brings us to the topic of getting away
Getting away could be a break away from home. Or away from work. But it doesn’t have to be. Sometimes it’s not tiredness that’s wearing you down. What’s wearing you down is the lack of progress. In which case you need to look at the same problem from a different angle. e.g. Learning article writing is like learning a new, difficult language.

Often it’s easy to get stalled in the process of writing. Taking a break under these circumstances rarely helps your brain. On the contrary it puts it under more pressure because once you get back you have to “catch up”. In this case the method of learning has to take a different approach.

You have to have put yourself, or be put in a learning environment where there’s little chance to get “crazy wind”. Where’s there’s as minimal frustration as possible.

Just like a plane taking off.
You can’t fight the weather. You can’t battle the winds. You have to find a different runway. A runway that will enable you to take off without too much drama. And head off to a whole new brain map: your “sunny Barcelona”.
—————–
Next Step: Do you sometimes wonder if planning books are written just for the ‘organised' people? 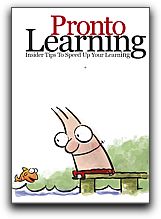 Learn Why Most Planning Fails: And The Critical Importance of Chaos in Planning
—————–