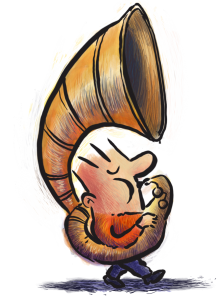 The problem with waiting lists is that they fail, and fail miserably if you don't get the elements right. So what are the elements that contribute to a really smart waiting list? Let's find out in this episode, shall we?

Why do most of us prefer Friday to Sunday?

It's odd when you think about it, right? Friday is a working day (in most countries), and Sunday is a day of rest. Yet we wait with baited anticipation for Fridays. The reason is probably apparent to you by now. Friday clearly and consistently holds the promise of the weekend that is to follow. We all know what follows Sunday, don't we?

Anticipation creates an enormous amount of drama in our minds. If you have to wait for something, there's a pretty good chance you're going to value the product or service a lot more than if you hit some magic button and got an instant delivery.

The first reason is the anticipation
The second is to create a barrier
And finally to get a commitment.

Let's take a deeper dive, shall we?

In 2010, some British ministers came up with an incredibly interesting, if slightly preposterous idea.

He said: “The simple act of taking one's turn is one of the things that holds our country together. It is very important that newcomers take their place in queues whether it is for a bus or a cup of tea. It is central to the British sense of fair play, and it is also better for everyone. Huge resentment is caused when people push in.”

There you go—anticipation in a nutshell

And you know something, the British are spot on when it comes to creating anticipation. We like stuff better when we have to wait. Tali Sharot, associate professor of cognitive neuroscience in the Department of Experimental Psychology at University College London gives a simple example of how anticipation works.

Regardless of the outcome, the pure act of anticipation makes us happy

The behavioural economist George Lowenstein asked students in his university to imagine getting a passionate kiss from a celebrity, any celebrity. Then he said, “How much are you willing to pay to get a kiss from a superstar if the kiss was delivered immediately, in three hours, in 24 hours, in three days, in one year, in 10 years?

So why is that?

A waiting list is all about anticipation, isn't it?

No matter whether you're about to sell a product, service or training, it would do us all a bit of good to create a waiting list. And waiting lists work for a simple reason: it creates a feeling of scarcity—even if you're not exactly well known in your field.

Take the example of Joseph Pilates, for example. When Pilates started out his studio, he wasn't just an unknown; he was also an immigrant to the US with a German accent.

That didn't exactly stop Pilates from creating a waiting list. He started his exercise regimen near a niche audience—dancers. Despite being brand new in the business, Pilates never agreed to see a client right away.

The client was always put on a waiting list, a few days or a week or two after the initial contact. Waiting in that “queue” as it were, created anticipation for the client. When the day rolled along, they were eager to get started.

In the case of a kiss, that anticipation needed to be relatively quick

However, that's not always the case. A few years ago, I bought a cigar-shaped Nakaya pen from Japan. If you're into fountain pens, you can bow now, because the Nakaya is easily one of the most revered pens.

Solar orange in colour, the nib is fashioned to your writing style, and yes, the nib is made from 22 karat gold. It comes with its own fancy box and a whole lot of razzmatazz justifying its price.

And as you'd expect, you can't just walk in and buy a Nakaya. That would ruin everything, wouldn't it? The joy of owning a Nakaya is in telling this story.

The story of how I was told I'd have to wait for at least nine months. Nine months turned to a year, and if I'm not mistaken, it took yet another six months to get the pen. By the time it showed up, I had almost given up on ever owning it.

Which brings us to an important point of anticipation

Some anticipation can be relatively quick; some months long. The main factor is to keep the flame alive while the client is waiting. Waiting for the Nakaya was partly interesting, partly a pain. I didn't get any updates on what was happening, and as a client, I had to follow up.

That's not good practice, especially since the delivery was an unspecified date. Even if the delivery time is well into the future, it's a good idea to keep the client in at least a mild state of anticipation, or the whole experience can quickly turn to irritation.

He created a list. Anyone of us can do that. Whether you use a notebook, appointment software or some form online, the first task is to create a list. That list alone creates the first level of anticipation. And believe me, it makes a big difference to how clients perceive your offering.

Take for example the home study courses we have at Psychotactics

One of the downsides of creating content is that there's this eagerness, almost a lust for creating new products. It's so much fun to create yet another course, yet another product, yet another service.

And it's inevitable that as you produce new products, the older products—powerful as they are— seem to become very Cinderella-like. They don't get much attention because all you're doing is promoting the new and fancy program or workshop or app.

Well, in 2016 I overdid things a bit. I rewrote the entire Article Writing Course so that it was now in Version 2.0. However, I like to do things “live”, which meant that I rewrote all the notes, re-recorded all the audio, and moved around whole sections of the course. Stuff that was in week 8 moved to week 2 and let's just say it was like trying to refuel a plane while flying it.

Anyway, that fried me a bit and I couldn't do any more courses that year

Which is when Renuka and I sat down and decided to bring out the stuff that we'd already done. The uniqueness course, the copywriting course, and yes, since I wasn't going to conduct the Article Writing Course in 2017, that too went on the list of courses to be sold. We then created waiting lists.

And just because we're weird, we kept the list down to a fixed number. Which meant we'd sell only 25 copies. As you can tell, the scarcity works quite well, and the sales of the product replaced me. Instead of me doing a course, just the combination of the waiting list, the anticipation and the scarcity created enough revenue so I could do something else instead of conducting a course.

If you're just starting out, Pilates is an excellent beacon in the dark

Yes, go and do some Pilates at a class, but also pay attention to how he created anticipation by making people queue in an imaginary line. And that's the first point to consider when designing a waiting list; the first element to put in place. Create the anticipation.

However, a waiting list is an instant barrier. Is that a problem? Or a blessing? And can it blow up in our faces? Let's find out.

If you host a valuable seminar and charge a lot, will more people show up? Or is it better to have one free of cost?

Back in March 2007, we had the chance to test the free option. We'd decided we wanted to give back to New Zealand because we got so much from this strange and lovely country.

We decided we'd have free marketing events under the brand name “The Learning Rock”. You could come to the event; there would be no up-sell; no charge and not even the Psychotactics logo anywhere in sight. In effect, we decided to spend over $1000 a year (and these were the costs of hiring the venue), without expecting anything in return.

We had a room capacity of 40 people. Would enough participants turn up or would the room be half empty?

The answer lay in the barrier that needed to be put in place. For one, the event was at 7:32 am. Not 7:33, not 7:34. The doors were fastened as though with superglue once we got to the start time.

The attendees were put on a list, and if they showed up, they'd get a chance to be on the priority list. If on the other hand, they didn't show up they'd be taken off the priority list. All of these barriers should have put people from making the long drive into the city. Instead, the room was packed to the brim, every single time.

It's not like there aren't waiting lists online, but having a barrier of sorts makes a big difference to the quality of the clients. It's easy to believe that a barrier isn't much use if you're selling something like products or digital products, but it matters.

In our case, we don't sell products, but we do sell information products. When there's a barrier in place (and we insist on clients reading The Brain Audit), they tend to buy a home study product and finish it.

This behaviour carries on to online courses like the Article Writing Course. The course is incredibly tough and should have a high dropout rate. Instead, the opposite scenario unfolds. Over 90% of the clients get right to the finish line and get the skill of writing.

The size of the barrier doesn't matter. What matters is that there's some sort of barrier in place. You could get the client to read a few pages of a report. Or you could get them to fill in a detailed form. Or there could be a small fee—say $10—that creates a barrier. The waiting list itself is a barrier, but to make it, even more, wanted, add one more level, and you get a far better quality of clientele.

However, easily the coolest reason to have a waiting list is, so you don't have to bug clients who are not interested in your product or service. Having a waiting list creates a nice opt-in and commitment factor.