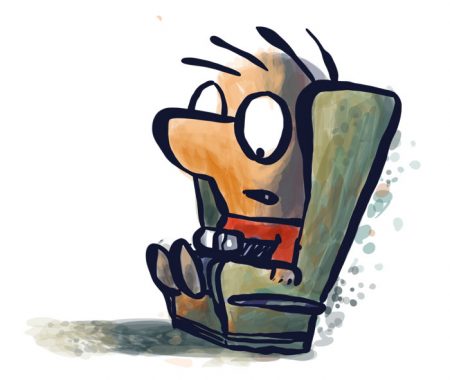 How to avoid embarrassing time overruns when making presentations?

Timing your presentations are crucial yet all the practice in the world may not help if there's an external issue. An emcee may cause confusion, the sound system might cause delays. And all of these unexpected issues eat up into your time. But some presenters keep to their time, nonetheless? What method can you use to avoid this issue of overruns? How do you design your presentation? Let's find out, shall we?

What do you do when you're the organiser of a workshop, and one presenter won't stop talking?

Back in 2004, our business was still very young, and we were hosting our first ever workshop in the U.S. We'd conducted a few workshops in New Zealand, but felt the pressure of going to a completely different country, which is why we decided to have two additional presenters at our workshop.

On day three of the course, one of the speakers was heading dangerously close to the time he'd been allocated.

But did he overstep the mark?

He sure did. The slides kept coming, and I did something I'd never done before. I stepped up to him, put my hand on his shoulder and said to the audience: “Steve's done a wonderful presentation. Please give him an applause.” It's that action that brought his presentation to an abrupt halt. However, such an embarrassment could have been avoided if he'd timed his performance well.

But how do you time your presentation, so you never overstep the mark?

Over the years, I've learned a few tricks when making presentations. And an excellent presenter can avoid time overruns with design, rather than time management. Things go wrong on the day of the event. The sound system may throw a tantrum, or the presenter before you may cause a bit of disruption.

Sometimes even a well-meaning emcee may spend too much time introducing you, thus gobbling up precious time. Time management doesn't help in these situations—design does. And most of the design depends on how you treat the last segment of your presentation—which is really where you run out of time.

Time overruns are not needed and can be avoided with a touch of planning (and a bit of on the spot juggling).

Here are the three elements to consider to avoid those time overruns when designing your next presentation.

1: Why you need to start with Part 3 of your presentation.
2: Why Part 2 should have the most examples
3: Why you should avoid questions at the end

Element 1: Why you need to start with Part 3 of your presentation

Imagine being woken up from a sound sleep and being able to give a presentation.

To most people, such a scenario is unimaginable, and it was no different for me.
Giving a presentation, even a short one, was quite difficult when I was wide awake, let alone tired. To my good fortune, I ran into my friend, Eugene Moreau, who taught me how to break up a presentation into three parts.

He had me convinced, which is why three topics showed up in all my presentations

Yet, I often found myself running out of time, and it took a while to figure out why this was the case. When Eugene said break it up into three, I did what you'd do with pizza. Or cake, for that matter. I broke them into three equal slices. And that was clearly a mistake.

Instead of three equal slices, you need to split them up so that the most information lies in Part 1, less in Part 2. And yes, you guessed right, Part 3 exists just a little wedge. The reason for such a breakup of information is because you're more than likely to introduce the big concept at the start, add a bit more in the middle, and then the audience is mentally scrambling to work out how to apply your information, which is why Part 3 needs to be as thin as possible.

Let's take an example from the Brain Audit presentation.

Instead, it took the three bags and showed how to use them to create a “trigger statement”. And finally, the third part would explain why there needed to be a sequence, and how breaking the sequence would cause the client to hesitate and walk away, without making a purchase.

And you can see how this helps with keeping to time, can't you?

If each part is equally substantial, and you lose track of time or get too deep into examples, you are stuck. And you're more likely to be in deep trouble if you've got a ton of slides to go. But let's say you've somehow managed to take up a lot of time in Part 1, you can move quickly through Part 2, and Part 3 becomes a bit of a formality.

It closes the presentation because you don't want to leave clients hanging. You want to get that closure in place, but keeping the third part super-light is what will help you slide through to the end, with loads of time to spare.

However, things can and will go wrong even under the best of conditions.

Which is why it's a good idea to make sure things go hunky dory in Stage 2, long before you get to the finale of your presentation. And the best way to make Stage 2, super-robust is to load it with examples. Examples? Why? Let's find out.

Element 2: Why Part 2 should have the most examples

If we were to look at the three parts of your presentation, they would roughly look like this.

Part one would be the introduction of the concepts. Part two would comprise of the examples. And part three would bring closure. Having examples in Part two seems logical because you've introduced the concept in Part 1, and examples tend to help the audience understand the idea a lot better.

However, loading the examples in Part two is crucial from the point of keeping to time as well

In such a case, you'll need the first part of your presentation to establish what “arrogance” comprises of, and how you go about toning down the arrogance. Then, you'd move to the second part, and give examples. The examples, as you can tell, allow the audience to understand the concept a lot better. Which is why examples and/or case studies are crucial.

However, let's say you have three examples and each one takes about 5 minutes to explain

Which means you're going to need at least 15 minutes to cover all three. But even as you start your well-rehearsed presentation, about five minutes have been taken up by a well-meaning, but over the top, emcee. Now you have just ten minutes. If you were to put a ton of detail in the slides, it looks like you're racing through.

Even if you don't have slides, this is still an excellent system to have in place

You intended to cover three examples, but you cover just a couple and then move on to the third. Which means that no matter whether you have slides or not, you can use the examples to gain, or use time. If you've somehow gotten to the second section very quickly (it may happen if you're nervous), you manage to calm down by the middle. Explaining a case study or example usually tends to calm you down.

And that's it—the slides act as a timekeeper, but your own internal timekeeper than no one but you knows about. Which gets us moving along to the third point to avoid overruns: don't promise to take questions.

Element 3: Why you should avoid questions and answers

When I did my very first presentation of The Brain Audit—and probably the first one ever in New Zealand, I took questions from the audience. At which point, this real estate agent, raised his hand. I was naïve, of course, and had no idea that Eric was a bit of a minefield.

Guess what happened next?

Eric took over the show. He spoke endlessly, describing his own business. And then instead of asking the question related to what was being presented, he treated the time almost like a one-on-one consulting session. Now, it's likely that an Eric won't show up at your event, or on your webinar, but if he does, then you've got real trouble.

However, this trouble is more prevalent at an actual event rather than a webinar because a real event tends to have more inflexible time slots. If I know that I have a fixed time slot, I make sure I announce the following: I won't be taking questions at the end of this presentation, but I will be in the hallway now, and during the breaks, when I will be more than happy to answer your questions.

And just like that you've bought yourself some time

If you make the mistake of taking questions at the end, you now have to factor in at least another 10 minutes—and that's if you don't have a disruptive person in the audience. Once you lose control of the session, it's hard to get it back. And it takes a very seasoned speaker to be able to get the question session back on track. On a webinar, it might be easier, depending on who's hosting the webinar.

I take questions on webinars. I seldom do at live events

I want to be selfish in a way that I get the best possible message to my audience. I want to spend every single minute that I'm on that stage, explaining, giving examples, even putting in a bit of a breather to let the audience enjoy as well as learn. Most of all, you want to respect the time given to you by the organiser.

I've seen presenters that violate this time by as much as 20 minutes, and it's not fair to the organiser or the audience. If you're going to be a professional, act like one, even if you become a celebrity. The best speakers know the rules, or at least set their rules with the organisers and then stick to them.