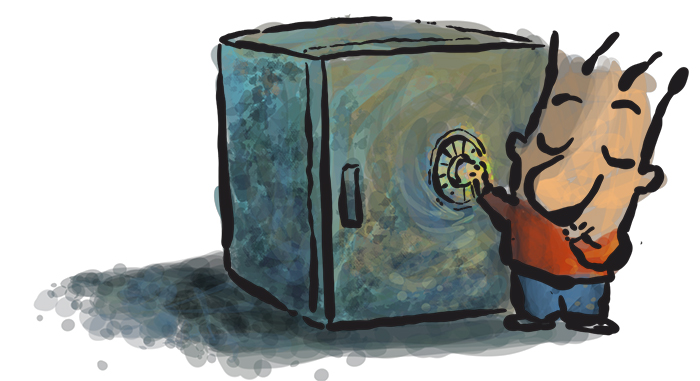 Which do you think is superior? Group or one-on-one consulting?

Most people aren't likely to pick group consulting. It seems like the benefits of one on one consulting far exceed that of a group. And despite our bias for one-on-one consulting, greater learning and implementation is done with groups.

Plus as a trainer, you earn a lot more while spending fewer hours. If this all sounds magical, it is. But how do you position group consulting in a world that's tilted towards one on one? Let's find out.

Which is more powerful? Consulting one on one? Or in a group?

Given a chance to pick between the two options, we'd be likely to choose “one on one”. It seems logical that getting the full attention of the trainer or consultant is far superior than being just one of many in a group. What makes us sure that we've made the right decision is the fact that we've spent time in groups in the past.

Whether it was in school, university, in a workshop or in an office, we've all experienced the chaos that is almost endemic to a group. One on one consulting would far outperform group consulting without a doubt.

And you'd be right—group consulting can be chaotic

You're more than likely to have people who aren't prepared, people who want their voices to be heard. Like in many of the groups you've been in, you wish you'd get the sole attention of the teacher. Given the spotlight, you could move at your pace, and ask the questions that plague you, without being drowned in the cacophony of the group.

Despite our strongest convictions, group consulting can far outperform one on one situations. Let's first explore:

1- Why group consulting can be far superior.
2- How to make sure you get everyone on the same page.
3- How to sell the concept of group consulting to an audience that's keen on one-on-one training.

Why group consulting can be far superior

Back in 2002, I'd never heard about group consulting. My routine as a consultant involved me driving from one client's place to the other and spending hours on the road, and in meetings. Even when we moved to phone consulting, I'd charge $150 an hour, but all the consulting was purely one-on-one.

I was skeptical. How could group consulting be better? Maybe it was just a way to get a higher price, I thought to myself. After all, if you're charging $150 an hour and working with one person, you could reduce your prices by 33%, charge $100 per person, and earn about $500-700 per hour, with a relatively tiny group.

My skepticism vanished, when I realised that the problem lay not in group consulting, but rather in the choice of the groups. Once the ground work was done, a group's individual and collective performance went up considerably.

The first of the reasons was clearly the variety of situations. Let's assume you're consulting with the owner of a cafe. As a consultant you have ideas what the owner can do to improve the sales of her products. However, a one-on-one consulting session is like a ping pong match.

The client brings up the problem, and you as the consultant have the solution. No matter how experienced you are, it's likely that your solution is based on your own knowledge. Yet, the moment the very same problem is put the group, the dynamics change considerably.

Let's say you're asked to give your view on a sales page. You're the sales page expert, and of course, you're likely to know what can be fixed, moved or added on that page. Yet time and time again, experts are have biases they can't control. As a consultant you see the world from a specific point of view, and the others (who also happen to be buyers) can see a totally different point of view.

Having those extra eyes and those additional voices ramps up the quality of the solution, and reduces the dependence on you as the sole expert.

While you as the consultant can be pretty adept at coming up with solutions, there's no way you can have the collective knowledge of a group. Given a chance to pitch in, a group's initial response may seem chaotic, but given a few parameters, you're likely to find the group approaches the very same problem from many angles.

The client is happy, you're happy and that's because you have examples for the very same concept, which increases the chances of success.

For such a scenario to unfold, you have to get the group on the same page

If we were to take the example of the sales page critique, it's easy to go off in all directions. Hence, in our case, we work with the parameters from the book, The Brain Audit. The chaos that you see in groups is often due to the lack of precise parameters. In The Brain Audit, if we start looking at the first concept, namely the “problem”, then everyone is looking at whether the problem is powerful.

If, instead, we are looking at another concept, e.g. the uniqueness, the entire group has the very same parameters to work with. They may see the world differently, and yet the parameters allow for the group to move ahead and give advice in an organised manner.

The “same page” concept is not restricted to a document alone.

Everyone must also feel they're in a safe zone. When everyone feels they are allowed to comment in a constructive way, under your watchful eye, you're creating a “same page” situation. They know they're all there to solve a problem, and that when they get their turn, they are likely to get the same level of respect as they have given others.

All of these elements need to be put in place before hand, and be stated in the group sessions repeatedly. Once the group settles in, they are more likely to treat each other with respect. It's not like you're going to change the personality of the people in the group.

Mr.Grumpy will still be grumpy. Mr.Confused is still likely to be confused. But because they're moving forward as part of a group, and because they have parameters, they're likely to work much better together.

Finally, however, it's up to you to sell the concept of group consulting

Perhaps the easiest way to get clients to agree to group consulting is through your pricing. As you heard in the story above, reducing your price per person, is likely to get the client to take a chance on the group as a whole. However, a price reduction is not the biggest motivator. The client's main issue isn't to get a better price.

The main reason they're asking for your advice is because they want both confidence and results. And admittedly, it's hard to convince clients that a group is better than the individual consulting sessions.

But once you've done the first group consulting sessions, you want to make sure you get testimonials that talk very highly of the group vs individuals. So highly in fact, that you have to do no convincing at all.

Let's take a few examples, shall we?

The group experience was amazing. All the group members were very encouraging, especially when I was struggling through initially, they would make sure I didn’t feel discouraged and always left a cheering note. They also helped me with their inputs on assignments which was great.

I loved being in my group, enjoyed being able to focus on a few others’ articles and see their improvement. Comments, ideas, suggestions and support from others in the group was very encouraging.

I have found that being in a group is a great motivator. I have done other courses in the past with similar structure (assignment each week…), FB group etc… but the fact we are in small groups gave me a feel of . It's easier to keep going when you see others keeping on the top of it.

The other side is the fact you are learning a lot from others, both what they are doing so well and what isn't that good. Plus, of course, people have insights that you don't have and this can work as a lightbulb moment (there has quite a few times for me).

Once you have done one group session, you want to make sure you get as many testimonials regarding the group itself. When future clients read it, their objections are automatically reduced, if not completely eliminated. If you explain how you choose groups, put filters in place and also create a safe space, then the job is more or less complete.

You're likely to have more people wanting to be in groups, rather than one on one, which frankly can be quite intimidating as there's safety in a group.

But what if you train groups via video or phone?

Won't the bolder clients get more air time than the quieter ones? Yes, that's largely true but only if the group sessions are restricted to video or audio. You can have part of the sessions on video or audio and then move the discussions to the forum where everyone has their own post—and hence own space. In our case, we've completely dumped audio and video even though it was part of our system for years on end.

Most people were happier to show up on a forum in their own time, instead of having to report to a call at a fixed time. Not everyone is comfortable asking questions on audio or video, even when they know you well. We asked clients repeatedly which feature they hated most on our courses/consulting and the unanimous winner was the audio or video sessions.

However, audio or video can be used very effectively for a one-off session

Once the group is settled in, there may be a problem or problems that need solving. At this point, once the group feels comfortable, they are likely to show up quite willingly on the audio/video session. They know they're in a safe zone, and are more than likely to participate. However, keep these sessions to a minimum and offer them as a big bonus—an extra.

And that's pretty much it.

You can spend time one on one with a client and get good results. Or you can have a group, get better results and earn more money too. Plus you'll have more time. Everyone wins, most of the time. Yes, you may have a few ups and downs when you first begin, but in time you'll smoothen out the wrinkles and both you and your clients will choose group consulting over one on one.

Our clients certainly do.