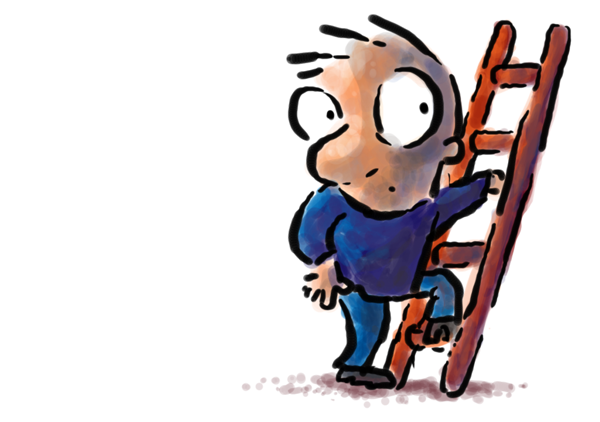 Start your podcast, then get quite a few listeners, and stop podcasting. If it sounds really weird, that’s exactly what we did at Psychotactics.  Back in 2006 or so, I started a podcast and it was nothing more than reading out the articles that I had on my website. There was no strategy.

Still, clients wanted to listen to the articles in an audio format and so in about 3 years, we got about 600 downloads per episode. Then I got bored, Apple changed something in their policy and I just gave up on podcasting.

Apparently everyone had read their “how to start a podcast” primer and were well on their way. And I did feel like a proper dunce having stopped, only to start again, but I did realise what I’d done wrong the first time around.

I’d not set myself a “when do I give up?” timeline

This is the mistake many of us tend to make when we’re starting out a project. We’ll go online and look up everything we can find about podcasting and then we’ll want to go to some conference or some course. But we’ll fail to deal with the main question. And that question is: How long am I going to podcast before I give up?

I should know. I started, did mildly well and I stopped

And believe me, you’re going to stop too. You’ll think podcasting is a great idea, but then trouble will leap up from around the corner and you’ll decide to give up.

So we’re on board yet?

Maybe you’re not ready for 10 years, but you can’t give it a year. Or two years. The core is to have this long term podcasting strategy in place because it sure gives you perspective. You’ve read about those 200-year plans they have in Japan, right? Well, you can discount that by 95% and you’ll still be as good as gold.

We have our “give up by” date and now it’s time for a topic. You’ve got a few options here:

Let’s start out with the “create your own content” stuff

Back in 2006 or so, I just read my own articles. But you already know that. As you’d expect, I was reasonably hopeless, even at reading. I tried to put on this interesting voice and it wasn’t until much later that I got any good at reading. Even so, the early versions of the podcast were something I’d rather forget.

However, it’s something you can do. If you already have content, you don’t have to reinvent the wheel at all. All you need to do is have an intro and outro (and we’ll cover that later) and you’re good to go.

Just one little bit of advice

You’re going to need a fair bit of content, and even if you publish once a week, you’re going to need enough for a long time. So somewhere down the line, your “we need more content” alarm will go off and you’ll have to write some more.

I’m a crazy guy. I like to create a lot of new stuff and I call it stuff because sometimes it stuffs me up. It’s fun for me, but it may not be fun for you at all. Hence, it’s best you choose the second option: using someone else’s content.

Let’s say you want to start up a podcast on leadership. You don’t have to know squat about leadership. You just have to be able to contact enough people who’ve written books on leadership. You know where to find these books, don’t you? Yes, Amazon is full of them. So now you have an author with all the knowledge and all you have to do is interview them.

People make it sound like “the interview” is like nothing, but it can be terrifying. It’s likely that you’re going to be out of your depth for a while. Maybe 40 or 50 interviews, but eventually by the 51st interview, you’ll settle in and you’ll be far more comfortable.

We really should start with “how to create your own content” and dig into it, but let’s come back to that later. It’s harder, believe me. It’s easier to go to Amazon land and you’ll learn a ton of stuff when you interview others. Plus you make connections. Ooh, wait, I’m giving away the good stuff already, aren’t I?

Let’s keep it under wraps until the next time where we look at the tiny little time-saving secret when starting an interview podcast.

P.S. I’m pretty bright but I didn’t realise one thing. This could be a series by itself in a podcast, couldn’t it? Ooh, ooh, I’m going to have to pour myself some nice, red wine. Full bodied. I have just the thing in mind!