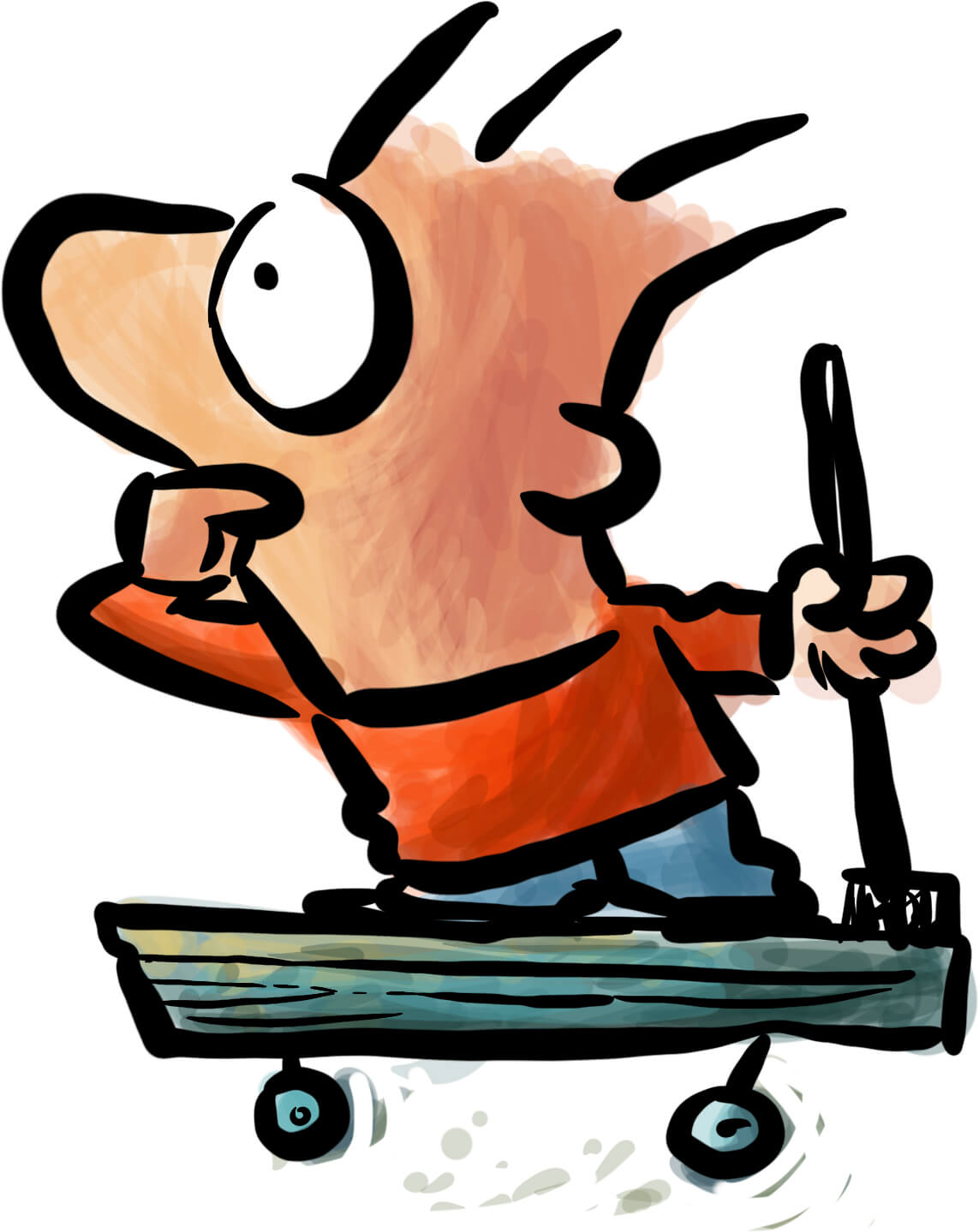 Almost all of us feel like impostors from time to time. And we even have an official sounding name for it. But the impostor syndrome is an unfair burden to carry. What if we're just beginners? And what do real impostors look like anyway?

My father ran a secretarial college. And one of his students was a conman.

Back in Mumbai, where I grew up, the majority of secretaries were women and Catholic. Steve, the conman, was from another religion. Like most conmen, he had different aliases, and when he joined my father’s college, he wasn’t Steve. Instead, he called himself Sadashiv.

As we learned later, this conman was very thorough. He would go through a complete transformation where he’d fall in love with a girl, then convert to her religion. And even change his name to a more suitable “Catholic name”. They’d then get married, start up a joint bank account and all would be well for about a year.

During that first year of marriage, Steve would create an enormous level of trust, and then once he had his plan in order, he’d decamp with money, jewellery and all sorts of valuables. The only reason my father found out his modus operandi was because he called my father from jail, saying that he’d been framed.

When my father went to post bail, he was informed that Steve or Sadashiv had many aliases. He always used the letter S, when coming up with names. And he’d been in jail many times before. The story was always the same. He was an impostor and certainly no beginner.

You and I are clearly beginners, not impostors

An impostor’s sole goal is to be what they’re not. They hide behind a mask, and their strategy is based on deceit and dishonesty. Most of us feel like we’re impostors, but instead, we’re just beginners. The dilemma we face is that even though we’re at the very start of our journey, we feel motivated to pass on our knowledge to others.

If you’re in business, you might consider conducting a course, a workshop, writing a book or consulting with a client. Even so, we feel as though we’re doing something wrong, something fraudulent. Which is where the term “impostor syndrome” seems to pop right up.

It’s a feeling, not a reality, and it seems almost trivial to haggle over whether we should consider ourselves an impostor or a beginner. Think of the beginners in your life. A couple who’ve had their first child: are they impostors or beginners? A ten-year-old guiding a five-year-old; a stranger who sees you lost in the city and steps up to help. All of these people would shun the label of an impostor, yet how is it different?

When I first moved to Auckland, I got a job in a web design company

The reason I got the job was because I’d told the owner that I knew how to create animation in Adobe Flash. Back in the year 2000, Flash was the whiz-bang software that a lot of web design companies were using on their client’s websites. I’d studied Flash for a few months before I’d made my move to New Zealand.

I was also a cartoonist and had done a bit of animation. But was I a fraud? Was I misrepresenting myself when I presented that side of me on my resume? And what does that say about every job we’ve ever held. Even if you got a job at some fast-food joint, would that make you a fraud or just someone who was learning the ropes?

Most of us are just beginners afraid of the backlash

Let’s say you’ve only just started podcasting, but you’ve struggled for a while to get things right. You could start up a YouTube channel talking about the facets of podcasting, but you and I are afraid there might be a thunderstorm of criticism.

People are bound to see that you’re a nobody and you’ll be dismissed. No one will watch your channel, let alone subscribe. But even if someone did subscribe, and asked for your advice, would you be able to give that advice?

In most cases, you could be quite proficient at the task.

The average person on the street is not a certified city guide, yet they could do a pretty solid job of not only giving you directions but even giving you a tour of the city. That parent who’s just had a child may feel like they wish they knew a little more, but it doesn’t stop them from giving advice, sometimes to parents who’ve had two or three children.

In every instance, even as beginners, we do an above-average job. In time, and if we keep at that particular task, we become less of a beginner and more comfortable in our skin. Why then, do we feel like we’re impostors? And is that phrase stopping us from moving forward?

The term “impostor” feels crude, almost like a crime

“Beginner” may not sound superior, but at least there isn’t that horrid feeling that seems to accompany the concept of an impostor. If anything, the more we dig deeper into a subject, the more we feel like beginners.

When I first started doing my watercolour paintings, I thought I was pretty good. Today, about 2500 pictures later, I think I have such a long way to go. However, if I let my feelings of “being a beginner” overpower me, then I’ll always feel like no one wants my advice.

There’s only one way out of this mess

And that is to teach. When you give your knowledge, your time and expertise, you’ll find that the world is not exactly ready for you with open arms. Nonetheless, a few people or even one person will be more than happy to work with you and to listen to your advice.

For some of us, this act of putting our work out is more important than ever because of the way we’ve been brought up. Maybe we’re always trying to be what our father or mother expected of us. Perhaps that deep-rooted need to prove ourselves knocks us back into what we’d call “being an impostor”.

An impostor takes away and you give

If you really want to get out of the impostor—or for that matter— beginner syndrome, it’s time to get out there and give your knowledge and share your expertise with the world. You don’t have to get on a big stage, and even a tiny space or the tiniest group will do. If you’re unsure with adults, maybe you can work with kids.

Steve, or Sadashiv, or whatever his real name—now that was an impostor. Next time you call yourself an impostor, think of him. And reassure yourself that you’re not him and will never be.