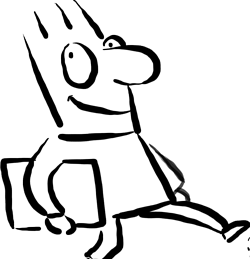 Around 1970 or so, a guy called Bill Gaines did something  pretty interesting. You see, Bill Gaines was the publisher of the famous comic known, weirdly, as ‘Mad Magazine.’

And he’d put in a whole bunch of gags and cartoons in the magazine itself. Then, several months later, he’d take that content and mix a part of it with other content. And created a theme which he’d put in what he called a ‘pocket book’.

So why would subscribers buy the very same content the second time around?

The answer lies in packaging. When any content changes form, it gains in value. Suddenly, people who may have never noticed the content, now scramble to get their hands on it.

And that’s how the Vanishing Reports were born

Vanishing reports are exactly what they seem to suggest. They’re reports that show up, and then disappear. All the reports are in a PDF format too, but here’s the interesting part. All the content almost always exists on our membership site at 5000bc.com. This means that members can access the information at any time. But invariably, they don’t.

And part of the reason is that like every site your membership site (and mine) will have too much information. And the way to get the member to consume, you need to use the steps outlined in the consumption model:

3) Which leads to implementation

We know that too much information creates intimidation, so we did what Bill Gaines did. We isolated the content, repackaged it in what we called the Vanishing Report and emailed the members. And the day the report comes out, the engagement goes nuts. Suddenly the place is swarming with members keen to get their report. Just for good measure, we don’t give them a direct link, but instead make the members come to the forum to get the report.

At this stage, members who may not have been engaging, get involved. They comment on the report, they ask more questions and they also do other things on the forum. And yes, isn’t that interesting? In most cases, the information exists and yet members want the information in a different format.

Now to be fair, these aren’t just text reports shoddily put together

They do have cartoons and a nice layout. They do provide a different experience and different format. Just like the pocket books from Mad Magazine did. The readers had already read the cartoons before, but they didn’t care.

The new format was differently sized and themed, and it was certainly worth the money to get the pocketbooks. In fact, Mad didn’t stop there. They started bringing out thick, telephone-directory-like products.

Again, it was just the same content recyled, but the audience didn’t care. They wanted it. And while it made Bill Gaines a millionaire (in the age where millionaires were really millionaires) it also increased consumption of Mad Magazine cartoons.

The Vanishing Reports, as you can tell, are quite similar in nature

But there are differences. For one, you could always get a copy of Mad pocket books. Not so with the Vanishing Reports. Sometimes they just vanish. And once they vanish, they may show up again, but there’s no specific timeline. And when they do show up, it’s usually for a price, instead of being free.

Customers are no dummies

They know that the PDF format is more reader friendly. They know they can stick that report into their iPad or Kindle. Or even print it out. And so the swarming happens every time. Even if a member doesn’t read the articles for months on end—thus missing some good content, they always pay close attention once a Vanishing Report is announced.

This Vanishing Report concept can be used on many membership sites

And yet many people don’t use it. And their reasoning is that they can’t withhold content from their paying members. Which is rubbish. When you offer something, you’ve made your offer very clear.

And so you can do jolly well what you like, provided you’ve outlined the terms. So when the Vanishing Report vanishes, yes there will be some grumbles, but mostly from people who were too busy to get the report, or from those who joined too late to pick up the report. Whatever the reason, most members completely buy into the concept and you don’t want the few rumblings to worry you too much.

The other is that (as we’ve stated before) you can have the exact material on your website. So if someone is missing the Vanishing Report on a topic like ‘Strategic Alliances’, they could easily find it on the membership site anyway. So what the Vanishing Report does, is create engagement at several levels.

1) It gets people to read your content in PDF format.

2) It gets those who missed the report, to go hunting for articles (and reading some more valuable content as well). Yes, it all creates engagement and hence consumption.

3) When the members come in for the Vanishing Report, they engage in other discussions, start up posts of their own etc. It gets them back into the site and engaged with the other members.

The Vanishing Reports are easily one of the most popular feature of the membership site at 5000bc. And you should try it too. Because we all love when someone isolates something and packages it nicely just for us.