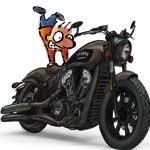 Around 1970 or so, a guy called Bill Gaines did something  pretty interesting. You see, Bill Gaines was the publisher of the famous comic known, weirdly, as ‘Mad Magazine.’ And he’d put in a whole bunch of gags and cartoons in the magazine itself. Then, several months later, he’d take that content and mix a […]

Notice how you brush your teeth with toothpaste every morning? Doesn’t that seem like the most natural thing in the world to do? Well, not really. Until about the 1900’s, few, if any people brushed their teeth with anything that anything that even closely resembled toothpaste. In fact, statistics in the United States showed that […]