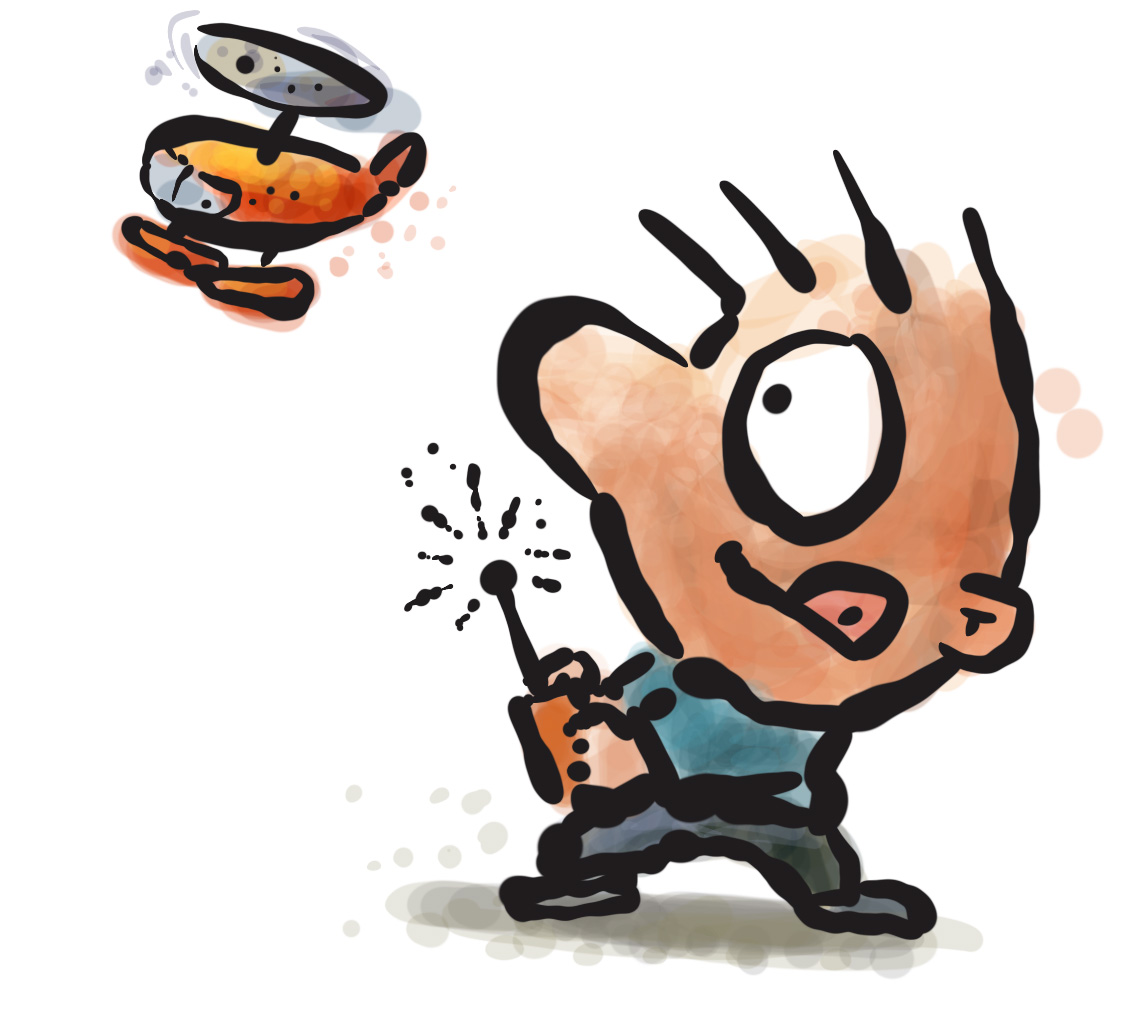 How do you overcome mental blocks? Why would they choose you?

No matter what industry you're in, there's already competition. This isn't just some random competition, but rather people who are better established than you. They've worked with your clients before, have a greater profile and probably a fancy portfolio.

And then there's us—you and me with no way to get our foot in the door.

But are things really that hopeless? Can we come from behind to take over the coveted job from our competitors?

Here's how you go about understanding how to overcome your mental block and put a quick, workable strategy in place almost overnight.

There are many reasons why you could and would compete. Let's look at a few reasons, shall we?

1- They want a different style.
2- Their “usual” choice is not available.
3- They need a backup.

Even with impostor syndrome firmly in place, we can depend on good ol' logic. And for this exercise, I had to go back to the early days in New Zealand. That period was when I just got to New Zealand and didn't know anyone, my accent was such that when I said “a”, people heard “e”.

The list went on. There are levels of impostor syndrome, like levels for anything else. Some people have to dig themselves out of a very deep hole.

I didn't. The hole was relatively shallow.

Which meant that I still got work quite quickly. However, let's say I was doing well. What does the person who's not in my position do? As it turned out there were at least three reasons why that person was still on the list of many agencies and people I worked with. Hence if you say I was Choice A, Choice B also existed. And then, so did Choice D and E.

1) The first was the most obvious reason of all—a different style.

If you give a hundred people to draw a picture of a whale, they all tend to execute it in a style that's their own. Even if you give them precise steps, a video to follow etc. People can't help themselves. They create something that's different.

And as an employer or someone looking for a freelancer, you want that difference. It's not a point of difference or uniqueness. It's just something different.

I knew the owners of the agency. They were good friends. They came over to dinner to our place and we went over to their house. Wouldn't I be the natural choice for all cartoon-based work? You're shaking your head, aren't you? Even if I'm the first choice, I can never be the only choice.

The agency owners called on Option B, C and D. And possibly E. I didn't get all the work and that's normal. Hence, even when there's no point of difference, and all things (e.g. price, delivery times) being similar, clients will still need other options.

2- Their “usual” choice is not available.

One of the reasons why I started reading books on marketing wasn't because I was suddenly in love with marketing. The problem I was facing was I couldn't relax on a holiday, knowing that my competition was edging in on my territory.

The story goes like this: We needed a holiday and went off to Bali.

How much did we need that holiday? Well, I spent at least three-four days outdoors, looking at the undersides of a thatched roof. I was so tired that I'd start a sentence and trail off. It drove Renuka mad because I'm never at a loss for words and it was like I'd somehow forgotten how to speak. I was just tired and my brain was unwinding very slowly. Suffice to say, the holiday was required.

When I got back to Auckland, however, I found out that I'd just lost quite a big assignment.

While I was away, a client had called because they needed a cartoonist. When it became clear that I was away, they just called the next option. I lost money, but I also introduced them to the competition. Which is why I started to study more about marketing. I was looking to create leverage so that I could earn even while I was away looking at the undersides of thatched roofs.

Let's not miss the point, however.

The point was—and is—that your competition will have to go on holiday. If they're workaholics, they will eventually take on too much and not be able to handle it all. In either scenario, the client is going to need a second option.

Tah, dah, that's where you step in.

You may well be Option C or D or even E, but there will be situations where the others are away, busy, at a Harley Davison rally or sucked up by aliens. They're bound to be unavailable. When such a situation comes up, you get the call and the job. Even though the impostor syndrome is sitting on the couch with you, you still have the job.

And that's because the usual choice is not available.

The same concept applies to a restaurant as well. You may have a place you love but tonight they're unavailable. Perhaps someone booked the entire place for their 125th birthday. Or the chandelier fell in and the place got flooded. Whatever the reason, you're likely to just move on to Option B and then progressively to Option C, D and E.

You'd think that “being available when others are unavailable” is no way to run a business and yet it's a very solid way to get work. People are unavailable all the time, and if you do a good job, there's no reason why you can't share the spot at Option A.

No one is suggesting you're going to dethrone the current Option A, but if you have proven reliable enough, you get a 50/50 chance at the next job.

Which takes us to the third point: A backup.

We all do. If we're smart, we all have backups. Your client will need a backup and this point sounds similar to the earlier one. However, a backup can be needed for all sorts of reasons. Which is why if you're around, they're going to call you.

However, these conditions don't work for most people. Why? Simply because you're not front and centre. To be a viable Option B or C or D, you have to first meet the client.

Within the next 60 minutes. you will be forgotten.

However, it's not their job to remember you. It's your job to be remembered. Which is why you need to keep in touch. And sometimes this might be a call—yes very much like in the 20th Century.

You can also back that up with a physical newsletter or something you send out on a monthly or quarterly basis. It has to be something that's useful to them and they can open. And no, it can't be once a year, because you have to stay top of mind.

If you're thinking of taking the easiest route and starting up an e-mail newsletter, that may work, but it's also something that's a lot easier to ignore.

Showing up in person has a guaranteed failure rate.

The client isn't usually ready to give you work when you want the work. However, the more you show up, the more familiar they are with you, even if they say, “we'll call you”.

You'd be surprised how many times they might say, “we'll call you” and then call within 24 hours of you showing up. People are always impressed by people who are persistent, even in the face of having the door shut on them repeatedly.

It shows a “hunger” and sooner or later (sometimes sooner and sometimes later) a client will call just because you showed up. Or just because the physical newsletter or calendar showed up.

They can't find your phone number or website when they need it.

Time and time again, we've seen something we like and then when we want to buy the product or service, we can't find it. That's because the service provider didn't bother to stay front and centre. If you have impostor syndrome, and we all do, no matter how good we are. Yet the logical aspect of getting work still remain.

As long as you show up on a regular basis. Without showing up, almost nothing happens and the impostor syndrome gets worse all the time. Your competition is likely to be sitting at home too. When you show up, you get in the client's face.

It's a strategy that has a high failure rate—and the best success rate as well.

I've had impostor syndrome in many shapes and forms throughout my life. At first, I didn't know any better. When I first started with cartooning in India, it was a form of earning extra money. It didn't bother me that much if people said no.

However, when the stakes went up, so did my fears. When I jumped into a new field, however, that's when I was most uneasy, even if it was just a hobby.

When I started to take pictures, it was just for the joy of photography.

Even so, it was hard to simply approach someone and ask to take their picture. What if they said no? What if everyone said no? The reality is that people say no all the time. I didn't hear back from a blacksmith for almost a year. I'd e-mail him and never hear back.

We even showed up at his place on Christmas Eve (and he lives a good 300 km away). He still didn't agree. I followed up yet again and again and again. Eventually, there was a local event and they needed photos.

Guess who he called?

He actively cleared his schedule to get me there. There was a death in his family on the day we were to go over. He called and apologised and even set up a future date.

I've had a no from many people.

You have to stay front and centre. When they're ready for you, they need to be able to find you. That's when you get called and you get work. 🙂