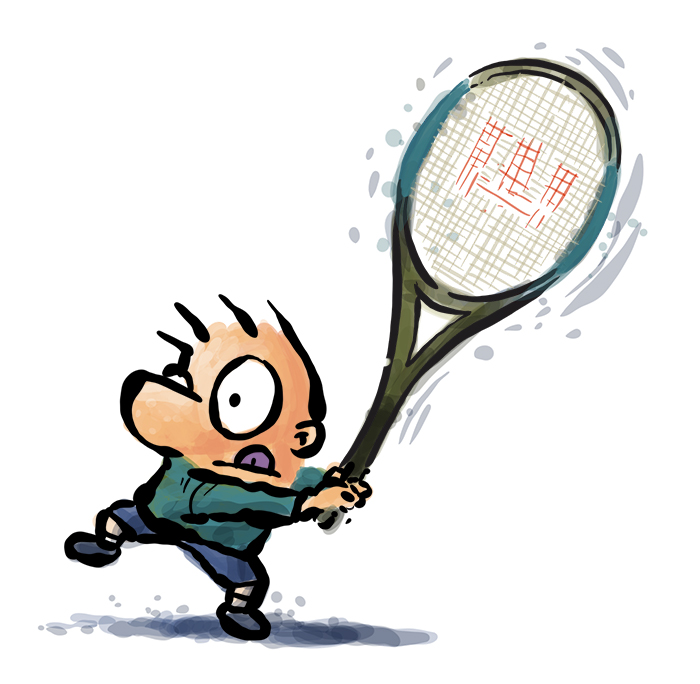 Almost everyone plans the forthcoming year in somewhat a similar manner.

You put in the big goals, the bigger projects and possibly some smaller ones too. Once all of that is done, if there's a little space, a break or two may be added. But what if we didn't go about planning our year in this manner?

At Psychotactics, we never start with projects. We start with the the fun elements. You might enjoy the ride, so be sure to read along.

There's a story about rocks, pebbles and sand that you're likely to have heard before.

At a seminar, a presenter was trying to emphasise how the big things in life mattered. He brought a jar and put the big rocks in. “Is the jar full?” he asked the audience. They agreed that the jar was full, at which point he added some pebbles.

“Is the jar full?” he asked again, only to demonstrate that he could still fit in some sand. At this point, a member of the audience walked up, opened a big bottle of beer and poured it into the jar.

“What did you do that for?” asked the presenter?

“The beer,” said the audience member. “No matter how many things you fit in the jar, there's always space for beer”.

Your year may seem a little different depending on your stage in life and your responsibilities. Even so, the reason for starting a business is to have “more control over your life”. And to achieve that goal, here's how we plan.

Stage 2: Three goals for the year

Note: This kind of planning is based on how we've managed to structure our business. It will most certainly be different for you. You might have a greater number of breaks, or lesser. However, this is the kind of guideline we follow.

Our business was still very much a toddler when we decided on the concept of the “three-month vacation”. For three whole months we worked our way through the U.S. and at the end of the experience, we decided it was too much.

Breaks, when overdone, tend to be counterproductive, and so does work. Even though we liked our work, we realised that we needed a sense of balance.

Which is why we start our planning with breaks.

We decided to work for three months, then take a month off.

The biggest problem with any holiday is that you quickly lose momentum. When we got back to work, it often took anything between a week or two to reach the speed we desired. Hence, three months of work seemed like the right balance.

We'd ease our way in, get to full throttle and then ease back as the next break showed up. However, the breaks needed to come first. Those were our “beer” breaks, and they had to be put in place, first.

Even so, it does depend on what you're doing in those three months at work.

In our case, there might be a pretty intensive course—like the Article Writing Course or a copywriting course. When you add podcasts, articles, cartoons, the 5000bc membership, the daily work, as well as the course, it's easy to get a bit fried even in between holidays.

Which is why we plan two or three-day breaks in between the longer breaks. And once we're done with the break planning, it's time for work.

Work is usually restricted to courses or products.

Since we have twelve weeks, we know what we can fit into that space and time. At first, we would randomly allocate courses or products throughout the year. However, in time, we've started to keep the first half of the year relatively “free”.

It gives us more breathing space tot read, or to work on smaller, less demanding projects. Once we tip over into the second half of the year, we tend to put in the chunkier projects.

Which means that we'll have a mix of smaller and bigger projects, pretty much like the breaks. And it creates a sense of balance. We can turn down that burner a bit, then turn it up and then down once more.

All of the work depends on just three big goals for the year.

Stage 2: Three goals for the year

Planning is priceless, but plans are useless.

Even so, we choose the three things we want to achieve, in terms of work. The initial description might be relatively vague and may look like this:

The structure of the goals seems vague because they could be one-time results (e.g. small product) or could be ongoing projects. Take, for example, the year 2014, where we decided to start the Three Month Vacation podcast. We were as nervous as anyone else because we realised once we started to roll out the podcasts, we had to keep them going.

Once again, there needs to be a bit of a balance between the ongoing and the one time projects. If we have one constant, and the other one-time, it keeps the boat steady.

An example would be the revamp of the Psychotactics website in 2018. That was the big maintenance project for the year. In 2019, the membership site at 5000bc was redone with a whole new forum. Maintenance for a very crucial part of running a business, hence instead of looking at the specifics, it's better to look at it from a different point of view, namely:

You might be wondering how we keep adding ongoing projects year after year?

The reality is that we don't. You can't keep piling, YouTube on top of Instagram, on top of podcasting. Even so, we've had a few smaller ongoing projects, e.g. recurring webinars (which are less frequent) vs the ones like podcasting which is more demanding.

Once we have those three goals, we can look back at the year. Sometimes the year goes off in a completely different direction. The planning isn't useless, but it's not what we expect. Even so, having a plan in place gives us a sound guidance system.

Finally, it gets down to the Stop Doing List.

Of all the planning activities, this may well be the toughest.

It's the one that requires us to sit back and mentally go through all of our activities during the year—or even over the years. I'll give you an example. For almost ten years, we had been writing for a very popular blog. At first, the work was quite gratifying. I'd write articles that I wanted, they'd publish it, and we'd get a decent bit of traffic as a result.

Then, one day, they decided to pander to the search engines in a big way.

Everything they did had to have the term “content marketing” in it. They didn't want interesting articles, just any article that fitted their new agenda. The writing got tiresome for me, but we persisted. The pandering had a downside because the flow of subscribers went down to just one or two per article.

It was a difficult decision to stop working with them.

What if things changed? How would it affect our relationship that we'd carefully cultivated over the years? Nonetheless, it was time to get it to the top of our stop doing list.

It's a tough one, this stop doing list. But it's what's necessary.

P.S. Having talked about work, we also plan our own lives. Renuka will sit down and write out her three personal goals for the year, as will I. We will also include the Stop Doing List for our own lives.

And that is how we plan our year.

Back in 2000, we decided to emigrate to New Zealand, and Renuka left her job. We left behind a country, jobs, friends and the tiny little perk of a yearly planner that her company would give out on an annual basis.

It wasn't any old planner, but one we'd look forward to. We thought they'd stop sending it once we moved to New Zealand, but year after year, she continues to get a brand new diary.

It's a small token of their appreciation, and it compels us to plan our year a lot better. We'd plan anyway, but this is a lovely incentive.

I now plan on paper sometimes, at other times on the iPad and if the mood strikes me, in a mind map. My systems change all the time, which is why I asked Renuka's ex-company not to send me the planner any more. But she loves her planner and uses it all the time.