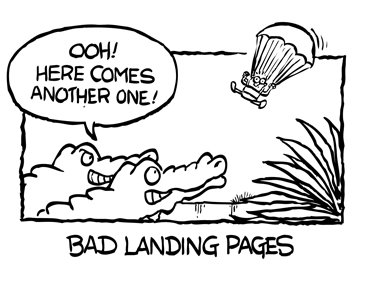 The cartoons before the encouragement (notice, no colour). And then, along came an audience. 🙂

I was lousy at marketing.
Well, let's put it this way: I was (and still am) an outstanding cartoonist.
And marketing was nowhere close to being my forte.
I'd write, but I'd agonise over it.
The only thing that kept me going was the audience.

Audiences are needed…and not just for those who are struggling
This is why writers, singers, speakers need an audience. It doesn't reflect on their ability to speak, write or draw. But in their ability to be appreciated.

The greatest speaker in the world becomes a bit of a washout if there are three people in an auditorium that seats five hundred. It saps your energy.

However, if those three people happened to be the only ones the speaker was expecting, then he/she will turn out a world-class experience. Which is why if you're starting up any venture, be it a blog or a website, or a newsletter or even a painting, I would get at least two-three people to visit (and bug you) so that you get and stay motivated.

The biggest issue is the appreciation, and not the ability to write, draw, speak.
Being able to be very good at something, is a nice-to-have, but most writers, speakers, etc start out being very, very average. In some of my early speeches, I had to take a ten-minute break because I forgot what I was going to say. Early articles used to take me two days or more to write, and I'd struggle. But it was the audience (and believe me, back then they were tiny audiences) that kept me going.

Tiger Woods had an audience of two (his father and mother).
It was not his so-called talent that mattered. He didn't start out as the world's best golfer. But without the audience, he probably would never have gotten there at all.

Get an audience, no matter how minuscule.
Your so-called talent will come with practice.
But if you don't have an audience, you'll probably never get off the ground.

Footnote: When I started this blog, I started drawing cartoons in black and white. And then Ankesh Kothari bugged me to change to colour. I resisted at first. But then I moved to colour. And the improvement in my colouring techniques have improved dramatically. Without the audience, I may have never made the move. So there you go: A real live example.

Don’t forget: Look at the Psychotactics Sequence of Marketing Products and Services.