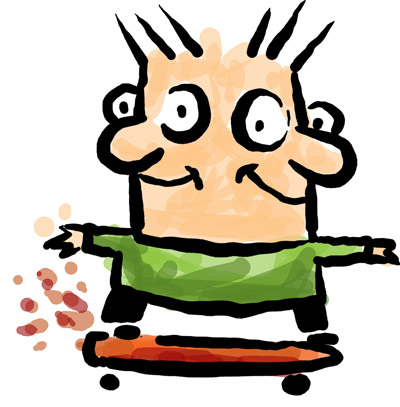 Words don't sit out at a party. They get up and they swing. They rock, they shake their hips and they twirl like crazy.

You don't agree with me, do ya?

The words in your copy may get up to do a series of embarrassing dance steps, but heck, it ain't no lambada. Oh sure, you know the steps, have even practiced the moves, but hey, the words on your website or sales letter could sure do with some oomph couldn't they?

So let's look at how we can make your words lambada.

I'm going to re-write the opening of this article. And you'll see the ‘ugh' factor for yourself. So without further ado, let the music begin.

Words make you sing and dance. They cause customers to act and react. They convert tentative prospects into lifelong clients. And it's vital to have interesting copy to keep your customers awake.

Now let's analyse why the above words were so…um…boring

The re-write consisted of just words, and no scenarios, so naturally your brain first went into sleep mode and then completely shut down.

Well, let me explain. The opening paragraph in this article pulled you in with drama. I took the concept of words, and hitched it to the ‘lambada' bandwagon. Then, using the analogy of lambada, I showed you what words could achieve (or fail to achieve). The re-written paragraph had no drama.

All it had were words.

Let's imagine for a second, that you were in the business of providing accounting to small businesses. Let's put the words in the freezer for a second, and concentrate on the pictures. Let's look at some examples below.

How relaxed would your weekend be? How great would the next week pan out to be? Will you be able to get your documentation together as required, or will you end up like a stressed puppy?

Imagine trying to pull up an invoice you received on the 2nd of March 2003. What would you do? You'd have to dig through hundreds of crumpled invoices to find the exact invoice.

Murphy's law kicks in, and many curses (loud curses) and hours later, you finally find the missing invoice. Now imagine if you could find that very same invoice in under 5 minutes!

Is your accounting accurate? Are you able to bring up your profit and loss reports in a matter of minutes, should the tax people come calling? In case you need to dig up an invoice from two years ago, would you be able to retrace the invoice in under five minutes?

See how Version 3 is kinda ugh?

Version 3 has all the right elements. It says all the right words. Hey, Picture 3 even put together the elements contained in Version 1 and Version 2, but still managed to fall short of creating the power of the scenario.

Brains love colour by technicolour. They go waka-waka when you string words that pulsate. And yes, you can say all the right things, but if you don't place the reader within a scenario, you quickly lose the interest of the customer's brain. And you can use scenarios in articles, your sales letter or even when you make a presentation or give a speech.

Have you ever waited for your bags at the airport? You leave the airport only once you've taken off all the bags from the conveyor belt, don't you? Your customer's brain is like a conveyor belt too. If you don't get the bags off that conveyor belt in her brain, they go round and round. Even one bag left behind can stop the sale from going through. So what exactly are those bags?

Can you see those bags going around in your customer's brain?

You can, can't you? And the only reason why you feel the intensity of the words, is because the words describe a scenario.

And then watch your words do the lambada, all on their own.