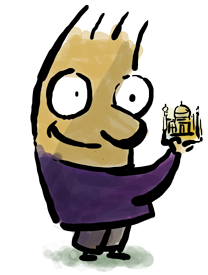 It really depends, doesn't it?

Is it for a book?

A half day event?

What always matters isn't the content itself, but the packaging

So, for instance, let's say you took a book and positioned it at $229, you're actually getting your audience to compare your book to all the books out there. In such a case, a book may well be $16, and some books may be $37 or $100, but the moment you go into the $200+ zone, you're asking your clients to make a big leap of faith. You're asking them to pay 1000% more than any book out there. Doesn't make sense, does it? It makes perfect sense (we'll get to it shortly), but let's do nothing but change the packaging.

So now the book is a self-study course

What's in a self-study course? Why it may consist of the same elements outlined in the book. Now instead of one book you have several segments of the book separated into sections. You may throw in some video and some kind of Facebook group as well.

There may even be some additional interviews or bonus. But can you add more in a course than you can in a book? No you can't. A book is likely to have almost identical information, and the only thing that's changed is the name you gave your product.

Let's do it again, shall we? Let's change it into a live offline seminar

Is a live seminar more valuable than a course or book? You bet it is, and a $229 live seminar (even a half-day seminar) could be considered a bargain. Yet, is it likely that you're going to get different content?

The content is likely to be the same because as the speaker gets on the stage, it's more than likely they're going to give you the very same slides that could easily fit into the self-study course. Yes, there may be some advantages to a live seminar, like networking or actually leaving your computer behind, but is the content any different?

Not really and here's the proof

In 2009, I made a presentation at an event in the US. Those who'd attended that event paid $2000 to be there. Yes, I was one among 9 other speakers. So you could safely say that per head, I represented $200 of the workshop. So would you pay $200 to watch that presentation?

200 people did on that given day. And we know they liked our presentation, because on that day we sold more product than most of the other speakers. The question is: would you now pay $200 for that information if it were on YouTube?

Well, it is. And you know what that means, right? It's free. So the very same information that cost an attendee $200 is now complimentary. What's changed? Just the packaging, not the content.

But surely not all media is the same

No it's not. For instance, I bought a ton of books on watercolours. I borrowed the second ton from the library. I've bought videos by the dozen on the subject, but I learned more in one workshop in Spain, than I learned from all those books.

Why? I can't say for sure. Maybe I was ready. Maybe the teacher had a better method that I could learn from. In fact, one of the books I read were from that very teacher, but being there and being part of the experience made a huge difference to my skill set. So all media is not the same.

All the same, packaging counts…

You can take a book and make it a course, and sell it comfortably at 400% higher.

You can take a course, and make it an interactive group-based course and sell it at 10000% higher than an Amazon-priced book.

You can take a course online, put it offline and charge a lot more.

The content may, or may not change, but the price sure does.

Does this mean we're getting ripped off?

No, not at all. A product must, for the most part, meet the expectation of the client. When we go to Amazon, we expect a book to be priced at a certain level. If it's priced too low, you reject that deal.

And here's proof: how would you like to go to a 7-day offline copywriting course for $229? Sound bizarre, doesn't it? And it is. You are already finding fault with the course, even though you have not a clue what it's all about, who's conducting it or even why it's so cheap? A price must, for the most part, sit at the same level as your expectations.

So why price a book at $229 if you're going to meet with resistance?

Good question. It's what Starbucks did with their coffee. When Starbucks entered the US market in a big way, the rest of the US was dishing out endless “coffee” for $1 or so. Then Starbucks brought in their fancy $4 lattes. That changed the perception of the buyer in the market. Eventually, every coffee rose to meet the Starbucks level.

Today, your perception of good coffee is not $1, but $4. Anyone offering you coffee for $1 would instantly be met with your disdain, or at least suspicion. Pricing a book at $229 sorts out the buyers who are willing to trust your “coffee” over the swill that's out there in the market. They're segregating themselves from the rest with their decision, and you're in turn getting customers who are more likely to consume and apply your product.

Pricing is very dependent on packaging

For the most part, you don't want to rock the boat. If you go too low, your work is disregarded and ignored. If you go too high it's also met with a ton of resistance. And so naming your products in a way that befits the price is critical.