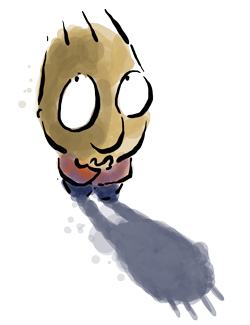 Do we charge less?

Do we value ourselves less than we should?

Do you think that sometime in the future, there will be this perfect product at the perfect price, and the perfect client will come along?

And I can categorically tell you that everyone without exception has the same problem. Some have it almost perpetually. Some less so. But everyone has it. When we started out I'd do consulting. I'd spend hours with someone, even give a money back guarantee (some one actually took their money back after 8 hours of consulting). And even our products/courses were terribly under-priced.

I actually had a client say to me: You should charge more!

And I was terrified of increasing the prices

But you'd be beating around the bush. I could still be charging —or rather undercharging.

Remember that client I was talking about before—the one who undervalues himself?

He's well known now, after a rather torrid start for about 10-12 years. Even today he's increased his income and prices only marginally. He gets clients that can't pay. He still discounts. He still keeps his fees as low as possible. He believes that clients can't pay. And he's right.

I know this because of one of my earliest clients. She was huffing and puffing to pay my 10-part, low fee. Then one day she missed a consulting class. Why? Because she had to buy a car: Only $30,000.

So what am I saying here?

It's all in your ear

There's someone sitting on your shoulder and screaming in your ear.

They're screaming stupid things. And you should not be listening.

But what if that screamer was right? What if indeed you couldn't raise your prices?

Start up something that doesn't exist.

We put a price of $6500 on it. Wrote a sales letter. And waited. Well no we didn't wait. We tried to sell the heck out of it, and yet it wasn't something we were depending on. You see it was a fictional kind of thing. In our minds it could work. Or not. If it didn't, we'd get a whole bunch of copy writing practice and we'd get at least some folks who'd be keen to join something else in future (think of it as an advertisement for the future).

The point is we're all good at stuff

We just don't have the confidence.

Give us someone who's willing to listen and we're good at stuff.

But we're scared of pricing. We're terrified of being turned down. Of failing. So scared that we won't even dare to entertain the idea, let alone start up. But there's a way around it.

Start up a fictional project/product/service

One which you don't care if it fails or succeeds. Put a price on it. A price that you think is at least 50%-100% more than you currently think it's worth. And if it succeeds, you'll prove it to yourself. If it fails, it doesn't mean it's failed. It just means it's failed “this year”. Or this “quarter”.

Again, how do I know this?

We were so reticent about the course that we didn’t offer it to the public until 2007 or thereabouts. In 2007, I put it out there just as a lark. And we were still reticent. It was the cheapest of our courses. And guess what? Fast forward to this year and it’s got a five month waiting list. Next year it may have a seven month waiting list—at a higher price.

So where's the problem?

The problem is in your brain.

My brain. Our brains.

And we keep at it. And believe me, now matter how big your reputation grows. No matter how much money you make, you'll still be undervaluing yourself.

And in case you're wondering, this isn't about just charging insane sums of money

I'm now comfortable doing that, we know we have great products and services. For instance we know that our courses are the toughest in the world. There's simply no trainer that structures a course like ours, because our courses are based on consumption—not conversion. This means that when you sign up, you're there to succeed, not to fail.

And it’s not boot camp, but heck it’s tough. And it’s not just tough for you, it’s bloody tough for me as well. I’m there in the trenches with you. As an example the Article Writing Course, in less than a week, the group of 35 people generates over 2000 posts. I write almost 550 of those posts. Think about it. Does any trainer do that? 550 posts a week? That’s madness.

It's what you would do for your clients.

It's what you could do for them.

But you can't work for peanuts.

Those peanuts have to come out of your brain and need to be fed to that monkey who's been sitting on your shoulder—and shouting at you.

Your prices, your lack of value—it's all in your brain

You're believing that monkey.

And be shocked when someone does buy

Even if one person buys. Even if you get one question asking you for more details, you know you've hit pay dirt.

The lack of value is in your brain.

Tell that monkey to be quiet.

Because if you don't do it, no one will.