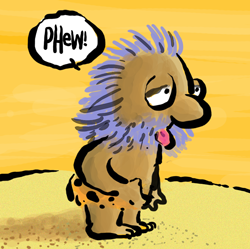 Resistance seems like an overbearing force in our lives

We want to achieve a lot, but as soon as we get started, resistance kicks in. But did you know there are ways around resistance?

Resistance loves a loner. If you're working alone, you're just setting yourself for an encounter with resistance. Resistance loves to play the game of winner. We need to put resistance in second place. Here's how to go about the task of winning the game.

Because loners have limited energy.

They start out on a project, all excited about what's about to unfold. Then, for some reason or the other, they lose their way. And that's when resistance gangs up on the loner big time. It's not much of a fight.

The loner is already exhausted. One tiny tap on the head from resistance, and the loner falls into a heap on the floor. But this miserably one-sided bout could be avoided with the understanding of group work.

In Africa there's a saying:

If you want to go quickly, go alone. If you want to go far, go with a group. And resistance detests groups. And there are several reasons why a group helps you get a project done with far more efficiency and a lower failure rate.

So how do groups help?

The toughest part of a project is dealing with the pressure. And a release of that pressure is needed to give you a breather.  When you rant and rave alone, it's kinda depressing. When you're suffering alone, you think it's something to do with your talent, or your genes, or that you're a loser (yes, everyone feels super-lousy often enough).

And having someone to just listen to your rant is amazing therapy. You rant, you've been heard and now it's time to get back to work, because you have a ton of mistakes to make, and learning to look forward to.

Mistake making is frowned in our society. We love to get things right the first time. And yet all of us know that it's impossible to learn without making a ton of mistakes on any project, no matter how familiar we are with the project. The problem is that mistake-making, instructive as it is, is also terribly depressing.

When you're going round in concentric circles, your exhaustion builds up rapidly. However when you're in a group, you learn from someone else's mistakes, thus getting a bit of respite from the exhaustion factor.

When a group shares its learning and mistakes, everyone learns and everyone gets a little samba in their steps because you're not just learning, but it's exponential learning. You're learning from four-five mistakes every day, and guess what? Most of those mistakes aren't yours.

3) The third factor is just one of support

Working by yourself, you not only miss the ongoing support, but the struggle wears you out. And inevitably you give up.

Sometimes the project is just to clean your desk. You could do with ranting and group support, but it's an overkill. Besides it probably takes under an hour to get even the messiest desk tidy.

But if this seemingly mundane desk has to go on over a longer period of say, six to eight months, then you definitely need the power of the group.

In fact at Psychotactics, groups form a critical part of the project experience

If we take just the Copywriting Course for instance, the three months of learning and implementation are physically exhausting. If you were to try and replicate the same pace by yourself, you'd give up in a week or less.

But with a group, 75-80% make it to the finish line. When you consider the sheer intensity of the Copywriting Course, you should have the figures the other way around (namely 75% should fail to make it to the end). And yet it's the group that helps you through.

But how do you work with projects where the group doesn't have a common goal?

Admittedly it's harder to pull off a project where everyone is headed in different directions. When the African saying suggested you go a lot further with a group, they were indeed suggesting the group had a common goal.

And if everyone in the group isn't headed towards the same deadline, or using similar tools etc., then they have nothing in common. Then it's relatively easier for the group to be counterproductive, as no one is learning from group-mistakes, and everyone has their own agenda.

It's important for the group to set out a common agenda and at least have some common guidelines. So even if you have ten different writers, writing ten different types of books, they should ‘meet' online every day and post their learning for the day, as well as a minimum of 800 words.

If they're a group working on a gardening project, there needs to be the shared learning, the shared support moments, and shared implementation.

But don't you need the right group for things to work?

Yes, having the right group is important. But how do you choose the right group? Groups need to be chosen primarily on the basis of attitude. Which is why for instance, at Psychotactics, we call our courses the World's Toughest Courses. This weeds out the excuse-makers and ensures that you get the cream of the attitude crop.

And just as you get a great group, you can also get a lousy group. Then whining, whingeing and depression will be constant, and progress will be impossible. So just having a group isn't enough.

You need to put in some filters to ensure that at least 75% (or more) of your group will make it to the finish line. And it's a bit of work putting a group together, but hey it's a lot less work than starting endless projects only to see them go up in flames.

All this namby-pamby, touchy-feely stuff makes resistance look really bad. If prefers the loner. And most projects are done by loners. And resistance is happy. Now it can wield it's little finger and push you over.

And resistance laughs and walks away contentedly.

If you haven't yet subscribed:
Here are the links to get all the Psychotactics articles, goodies and podcasts automatically.
iTunes   |  Android   |  E-mail  | RSS | Spotify |