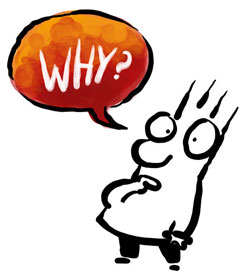 Why? No one knows for sure.
It's not like video took me more time. In fact, the first time I tried to make a video  (I say ‘try' because I didn't complete the video) it took me five hundred and eight hours.

A couple of hours of shooting. Five hundred hours of wondering how lousy I'd look and sound on video. And the remaining six hours of fiddly stuff with the right location, video software etc.

And yet a month or two later, we were shooting eight videos in an hour

My wife, Renuka would set up the camera. We'd switch on the lights. And I'd speak. No teleprompter, no reading from notes, nothing. Just speak as though I was speaking to a client.

And no, I didn't start out that way. I needed the notes. I bought several teleprompters. Then I just got sick of the whole process and decided to shoot whatever I possibly could in an hour.

And it was ONE take. No second take. The less I focused on getting it right vs. getting it done, the more videos got done. But it was killing me to script, shoot, edit, put titles, keywords and upload the darned thing.

Bah! It was maddening!

So I hatched a devious plan

I contacted some kids at school and one of them showed up, keen to edit video. Now he had standing instructions. He had to show up and never call. If he called, I might say something like, “Let's skip this week”.

But if I knew he was going to show up anyway, I had to do the video. This kid was free for a few hours on Saturday. I'd shoot on Friday evening. One hour. Eight videos. Back to back. Then I'd need a beer or two.

But something happened along the way

I can't remember the details. But I just gave up. The kid stopped showing up. Maybe we went on vacation. Maybe something else happened. The point is irrelevant. I just stopped.

And that's what we all do. We stop. And we have to be re-booted once again.

So towards the end of last year, I did the reboot. I contacted a film school and asked if their alumni were keen to earn some money. Three eager beavers showed up. Two dropped out, for some weird reason. One stayed. And he's good!

And that's a lesson in itself

Trying to do the scripting, shooting, editing, rendering, uploading is a pain in the you-know-where. You may start off all nice and cheery, but projects come in the way, chaos drops in for a beer and then all hell breaks loose. You definitely need to get some help. Kids all around you know how to use video cameras and all tend to have access to a computer.

And they will spend the time editing, if not shooting for you. I prefer to have the person shoot and edit, and that is the best way going forward. That way you, the talent, can do the prep work, get time to actually comb your hair and then do the shoot in one go.

And so in two weeks, we've shot seventeen videos

Not in two weeks. In two hours, just spread over two weeks.

And while those seventeen videos were the live videos, I got back into making screencasts as well.

They're tough if you want to do a good job. Because there's no live movement, you have to create the movement. So a 30-minute video may have as many as 250 slides and about 300 specific animation points.

That's not counting the audio recording time (which I do separately) and the graphics. And the layout. And the storyboard. And another half a dozen things. In short, it's a big production. And often people make screencasts because they're afraid of facing the screen.

Well don't let me stop you from making 250 slides

Probably later, but there will be a time (and get this) when you will actually like your voice. No, I'm not kidding. Then people have to shut you up.

The final reason for making screencasts is because you have something that needs to be demonstrated, rather than spoken.
Of course the final reason is just that you're a sucker for punishment—which I am.

So why did I start making video again?

Well, I don't know about you, but if there's a page of pretty pictures to see, or if there's text on this page, I still click on the video. I will head to an Apple.com page in all its glory and pretty pictures and bingo—it's the video I want to see.

Well-made video is quicker and more tidy than reading a whole page of stuff. But let's say you're not me. Let's say for instance you are the one who reads the pretty words and loves the pictures. Well, then there's a good chance you have a client like me.

A client who wants videos. And so you may not be a video-watching person yourself, but your client loves video. And so you do what's needed.

So I buckled down and made the video.

I made live videos.
I made screencasts.
And I'm going to make videos for our sales pages as well. Because I know they work. I've seen them work on painful people like me, who don't want to read or see pretty pictures. And while it's not always fun to get the script, the topics and do all that speaking etc., it's now a lot of fun to see the finished product. It's nice. It's effective.

And more importantly, it doesn't take five hundred and eight hours any more.

The Brain Audit really teaches you the art of persuasion because it gives an insight into how people's brains work. I have used the principles in writing WebPages, writing articles, making presentations, networking, negotiating and even writing submissions for a judge!

But the best bit about the Brain Audit is that it actually works.The principles are easy to understand.

Would I recommend it to people serious about getting on in business? Absolutely.

Michael Smyth, approachablelawyer, Auckland
Judge for yourself —The Brain Audit: Why Customers Buy And Why They Don't

“If you suspect that your business could be bringing in a lot more revenue but you don't have a clue how to make that happen without hype or hassle, 5000bc is a must-have resource.

I honestly didn't see what 5000bc could offer me that I couldn't get from Sean's books. Besides, how could a bunch of people – most of whom are not business experts – help me build my business?

I joined anyway because the price was right and I wanted the information that came with the premium membership. 😉

The information and support I received from Sean and my fellow “cavers” about a single Web page was directly responsible for selling $10,000 worth of books in less than two weeks.

Unlike many Web communities, 5000bc members are active and to the point. Sean keeps adding content that drills down to specific problems in business and then shows you how to solve them.

Judge for yourself—How 5000bc can make your business succeed.

Products: Under $50
You already know that 80% of a sales letter depends on your headline.
So what's the remaining 20% that causes customers to buy? Find out more

1) Do You Often Hit A Wall Called ‘Writers Block'?
Learn how the core elements of outlining can save you from the misery of writing your next article.

3) Do your websites, brochures, presentations, etc… confuse your clients?
Put some sanity into your design, even though you are not a designer?

4) Chaos Planning
Year after year you sit down and create a list of things you want to achieve. Then suddenly it's January, and you've not really moved ahead as you'd expected.
Learn Why Most Planning Fails: And The Critical Importance of Chaos in Planning.

Presentation Series! Black Belt Presentations: How do you create presentations that enthrall, hold and move an audience to action?