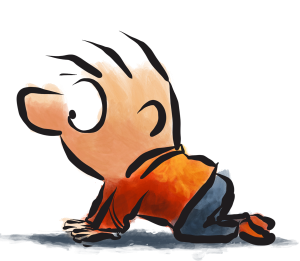 Is it going to drive clients away?
Or will it work?

The odds are it will fail if you don't consider “segregation” and “creating attraction”. This episode shows you exactly what those two terms mean when it comes to waiting lists. Let's roll on to the episode, shall we?

Would you wait 14 years to join a Disney Club?

Apparently so, because Club 33, in Disneyland has a 14-year waiting list. Originally intended as a place for Walt Disney to entertain investors, the club now has a nose-bleed $25,000 joining fee plus a recurring $10,000 a year membership fee. Oh, and you still have to pay your tab for the food and drink.

But surely all this waiting is excessively nutty behaviour, isn't it?

The reservation you made at the restaurant next week, that's also a waiting list. That flight in October, the hotel bookings—they're all waiting lists. Waiting lists are everywhere, but we don't quite seem to notice because they're part of our everyday lives.

And when you book or put down your name, the commitment increases

Or does it? If we look at the hotel you booked, there's a reason for that specific choice. The flight, the tennis match, the restaurant booking—they're all a form of commitment. Some of them you might need to pay for, in advance.

Some of them, you pay for later, but the reason for being on that list is because you and I seek a level of satisfaction. However, we are more likely to show up, pay for, or join something if we're already on a list than if we're not on that list.

If all you do is slap on a form on your website, it's unlikely to get any attention. However, if you create the demand for it, the corresponding commitment goes up as well, because potential clients have both something to gain and to lose.

If they get into Club 33, for instance, they have additional status, plus other goodies such as immediate fast passes, upgrades on Disney cruises and behind-the-scenes tours of Disneyland attractions. If your eyes glazed over the attraction—and the loss factor, in the case of Club 33—then clearly you're not going to get on that list even if you owned half of L.A.

At this point we are probably clear, a factor of attraction is what we're going to need to get a commitment of any kind

In the case of a famed club, restaurant or event, the attraction can be a foregone conclusion. In the case of your course, workshop or book launch, you need to spell out the detail of why the client should even bother getting on that list. However, you don't have to list everything that the client is likely to get.

Clients are pretty smart and know a good deal when they see one, but can quickly get overwhelmed with dozens of reasons. Instead, picking one reason why someone should get on the list is extremely important. For instance, even with the home study versions, we expressly communicate that there are only 25 copies. When a to-be buyer realises the scarcity factor, they understand they can't get the product any other way and hence sign up.

But what if you're a complete newbie?

If you are, pay close attention to the previous paragraph. Even a completely unknown business can focus on one big idea that will convince a client to commit. Let's say you've just decided to sell a physical product like a water bottle. There's nothing fancy about water bottles, but let's say your bottle is designed to enable the person know for sure, how much water they've consumed in a day. That's a single point.

It solves a problem, and the potential client is likely to be more eager to want to know when the product is out so they can buy it. Or let's say you have a camera—a video camera—that is likely to help you edit video as if you were operating a two or three camera set up. That one point is likely to get most people who shoot video to pay very close attention to your list. As you'd expect, it works just as well for a training session or a digital product.

You'll need to pick ONE point from your product that's super-compelling. Let's say, for instance, I'm launching a book on “talent” for example, or a book on how to “make nutritious Indian food, 10 minutes after you get home”, I'd be harping on a single point. And that point alone without a ton of details about the book is likely to be enough to get you on a list.

Once you're on a list, it doesn't mean you'll go through with the commitment

Many reservations get cancelled and changed along the way. However, the greater the loss factor, the more likely the client will go through the entire process. Therefore, even if you're only able to create attraction at this point, you'd want to think about the downside as well.

A person headed to a hard-to-reserve restaurant is more likely to clear all obstructions so that they can make it for dinner. A person that is keen to do a course will wake up at midnight just to make sure they sign up.

It might sound a bit like science fiction to you right now, but remember that all businesses that have that kind of demand today, were once struggling just like everyone else. They systematically put the attraction/loss factor, increased the scarcity and then commitment followed soon after.