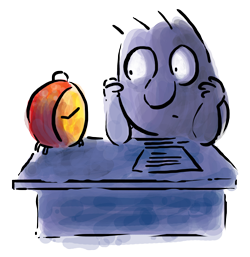 There are two kinds of people on the planet.

Those who make excuses.

And those who don't.

The ones who make excuses don't start that way

No one is ‘born talented' at making excuses. But over the years they learn to get out of things. They learn how to blame the weather, their parents, their teachers, the system, the chewing gum—yeah, pretty much anything that can deflect the blame. And give them the excuse they need.

And then there are those who don't

We all have our difficulties and some days we feel like making excuses. And we start mumbling, but stop before the mumble pushes itself into a rumble. And we get the job done.

Or completely screw up our lives with excuses.

As you go on this journey, you get the chance to back out

To blame the chewing gum.

You have the choice.

Where do we draw inspiration from?

When we try to beat resistance, we tend to look at what we haven’t done and what needs doing. Yet sometimes resistance can be pushed over with a simple concept of inspiration. Find out—Why Inspiration Can Be The Key To Winning The Resistance Game.