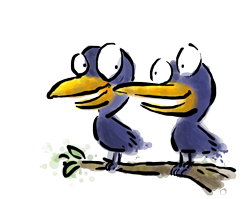 A while ago, women across the planet started to do something quite unusual. Right after they tidied their homes to their satisfaction, they would remove this spray and give it a few squirts around the house. The name of that spray was (and is) Febreze.

Today, Febreze is a multibillion dollar brand. But it almost didn't make it to market

At first, Procter & Gamble (the makers of Febreze) thought they'd hit a gold mine

It was the year 1993. And one of the chemists at Procter & Gamble (P&G) had been working with a substance called hydroxypropyl beta cyclodextrin. And this chemist smoked a lot, and hence his clothes smelled kinda yucky. But one day, when the chemist's wife greeted him at the door, she was puzzled. She was under the impression that he'd quit smoking, because his clothes smelled so fresh, so unlike the stale cigarette odour she'd anticipated. The chemist was curious. Perhaps it was the substance he'd been working on.

As chemists do, the chemist went back to his lab

And he worked on the product, improving it, playing with it. And finding to his amazement that when he put the hydroxypropyl beta cyclodextrin in water and sprayed it, the scents of a lot of yucky stuff were drawn into the molecules.

And once the mist dried, the odour disappeared with it. So now P&G had the potential for a multibillion-dollar product on their hands. They even had a name—they called it Febreze.

All they needed was a target profile.

And there she was–this park ranger in Phoenix, Arizona

The park ranger often dealt with animals. All kinds of animals. But skunks did figure quite prominently. And she was having a hard time getting rid of all the smell. Her home, her sofa, her clothes—it all smelled kinda ‘skunky'.

It's not like she hadn't tried to get rid of the smell. But nothing worked. And it was affecting her, because she always felt that her dates were judging her. And her love life (and confidence) were going down the drain. Then along came Febreze to the rescue. She sprayed it on her curtains, rug, uniform—pretty much everywhere she could think of. And the odour was gone. It was a miracle.

But it didn't. Apparently she was the wrong target profile. Even though P&G marketed Febreze as a product that would get rid of the smells, women weren't buying. Women weren't even using the product even when samples were handed out. The problem lay in our brains.

Have you ever put on a perfume and then can't smell it any more after a couple of hours?

Well, in the fragrance industry, that's called the fatigue factor. And the customers who most needed the product couldn't smell any foul odours at all. Hence Febreze didn't get much traction. No one, it seemed was using the product at all. The target profile was wrong, and the entire marketing team were down a blind alley with not many solutions.

Ironically, another target profile came to their rescue

P&G found another woman in Scottsdale, Arizona who confessed to using Febreze every day. What was puzzling was that her home wasn't particularly smelly. It was devoid of pets; no one smoked; there were no skunks around. But she didn't use Febreze for specific smells.

She used it as a final touch.

After she cleaned the house, she took the Febreze and gently gave it a few sprays. She called it a mini-celebration. The problem that Febreze was solving wasn't bad odours. Instead it was being used as a final touch after the room was tidy—almost like the frosting on the cake.

So yes, the target profile can go off target

And this is our fear. That if we choose the wrong target profile, we'll be doomed forever. And yet, we only think this way when it comes to a sales letter. If we're out eating ice-cream, and we're presented with a new flavour, we don't feel we have to pick right, or we're doomed.

When we went on our first date, we didn't exactly have this notion that we’d hit it off so well that we’d be together with that person forever. We normally expect that we may get lucky and pick the flavour of ice-cream and date of our dreams. But we're nonchalant if we don't.

Febreze turned out to be a monster hit, and continues to be a top player in the market today. And despite doing their research with probably hundreds of women, eventually even a massive company like P&G, found that target profile worked best. And that if the target profile didn't work at first, they would try again. And so they did.

And so should you…

The odds weren't in P&G's favour. They had a product that never existed in that shape or form before. You don't have that problem for the most part. If you're a consultant, or a product creator, there are probably dozens of products similar to yours already in the marketplace.

You don't have to educate your public that much. You just have to find someone who will speak to you, give you the entire sequence of the problem, solution, roller coaster etc. And your first pick may well turn out to be just fine.

But if it doesn't work, don't give up yet

A sales page may not work for many reasons. And before you reject the target profile in favour of another, do a little research with at least a few more people and see if the problem/solution etc. resonates with them. If it does, then there might be something else wrong with your sales sequence. And it's worth investigating.

But if the audience doesn't get all excited about the problem/solution it's time to get right back to that drawing board. Get another client. Do another target profile interview. It sure is worth the trouble—as P&G found out.

And so will you.