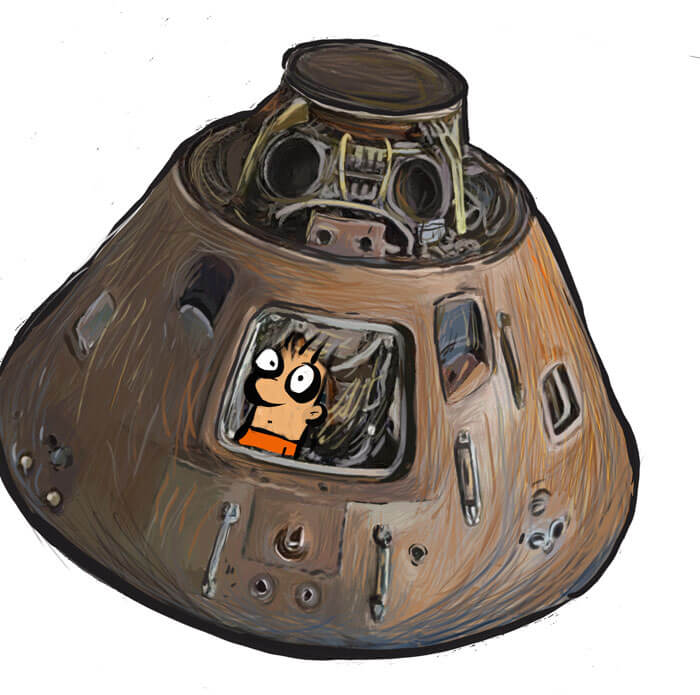 Readers often get lost in an article and hence abandon it

However, there are pretty simple, yet powerful methods to let the reader know exactly where they are in the article at all times. Plus when you use these techniques, you push the reader forward as well. Here's how you go about using these “Transition Technique.

In 1957, Russia sent shock waves through the world when they launched Sputnik. Most Americans were terrified. Even the US president, Dwight Eisenhower declared that the Russians had the decisive upper hand. However, two junior physicists, William Guier and George Wieffenbach rigged up a listening station on the roof of their lab to pick up Sputnik’s signal.

And they noticed something quite interesting. Even though it was just a beep, beep, beep, they realised the radio frequency of the satellite’s transmitter kept on changing. Which is why they decide not only to monitor the satellite but to take shifts and find out where the satellite was at all times.

But it was their boss, McClure who put the second piece of the puzzle together

“If you can find out where the satellite is,” he began, “then you ought to be able to turn that problem upside down and find out where you are.” And that was it—the earliest version of GPS. Today, we can walk out with our phones and know precisely where we are at all times, and where we're headed.

However, the reader of your article has no such luck

An article is usually a mass of content spanning anywhere from 800-5000 words, or more. Readers have no way of knowing whether you're writing about the first idea, are already in the middle of the second idea or coming to the close of your article.

There's a simple way to let the reader know where they are in the article, and where they're going. And it's with a manageable set of tips called “transition techniques”. Let's find out how you can send your own beep, beep, beep to clients so they never get lost in your article.

You can do this in three ways:

Let's start with Technique 1: The hook set up

If you've ever watched a drama-based TV series, you'll notice something quite consistent at the end of the episode. Instead of winding down and coming to a “happily ever after” situation, they seem to put in a hook.

The hook is designed to get you moving to the next episode, and the next and the next. When you're writing an article, you have to do something similar with your paragraphs, especially if your article has several ideas. Take, for instance, this article itself. It has three ideas: the setup, the numbering system and Sarah's italics.

If we treat each of those ideas as an episode it means we have to create two, possibly three hooks

As we come to the end of one idea and we're transitioning to the next, we need to suggest that there's something new coming up. We can set up, by talking about the next section. You can do this by simply referring to the new idea, or you can ask questions.

Let's take an example that's not related to this article itself.

Let's say we talk about Goldilocks and her break into the house of the Three Bears. The three ideas or stages are “she gobbles their porridge, sits in the chairs, and finally falls asleep on one of the beds”.

When you've written about the porridge episode, you end with: But that's not all. Goldilocks wasn't just satisfied with mooching the porridge. She'd decided she was bored and going to wander around the house as well.

See the hook set up?

You know there's a transition happening, and you know it because of the statement that forms the last line of the section or episode. But you don't have to restrain yourself to statements. You can use questions too. e.g. Goldilocks wasn't satisfied with mooching the porridge. Do you know what she did next?

That's a question at the end, instead of a statement

Whether you choose to use a statement or question, they both signal a transition, but they also do something more. A hook, by its very nature, bubbles up with curiosity. That tiny little hook at the end of one idea, gently pushes the reader across to the second idea, and from there to the third, and so on. However, that's only one way to get the transition going. The second method is far more overt, and it involves numbers.

Notice how you knew we'd moved from the first idea to the second? It's pretty apparent when you read it here, because “Technique 2” was mentioned. Obvious it might be when it's pointed out, but many writers are so absorbed in their writing that they fail to consider the reader.

You as a writer know precisely when you've transitioned, but the reader sees the text pretty much like a long road. Unless you put signage on that road, they're not going to know they've entered another zone.

That signage happens to be a combination of numbers and words

Method 2: The numbering system
Strategy 2: The move away from retirement
Bag 2: The problem

The numbering immediately gets the reader to take notice

They know you've moved on to a new section and it's also like a “You Are Here” sign, ensuring the reader isn't lost. It might be okay to merely run numbers with a numerical value. e.g. Method 2, Strategy 2 etc.

However, you can also use words to signify your movement. You could say: First, second and third. Or first, next and final. It might not sound precisely like a number, but it's doing the same task of signalling.

The question that arises here is: should you use the hook set up or the numbering system?

It's your choice, really, but if we go back to that analogy of the road, notice what most towns do? They say: You are leaving Auckland, welcome to Bombay Hills. In a quick sequence there's the signal of both the exit and the entry, isn't there?

I tend to use both in my articles because it guarantees the readers know where they are in the article. Which of course leaves us with a slightly obscure third way to connect, doesn't it? The final way to connect came up quite by accident. I like to call it “Sarah's Italics”.

In the 2018 Article Writing Course, I noticed a curious method of connection I'd never noticed before. At the end of the section, Sarah Hamilton would use a visual attention getter to signal change. Let's say the new idea was about Goldilocks heading from the porridge to the chairs.

Sarah's technique was not only to mention the chairs but also to use italics. Hence, if she were to move through the article, and get to the end of the section, she'd be likely to write “the chairs” and “the beds” in italics.

If you were to put the term in bold, or red or do something over the top, it would be pointless. But italics tend to be used to signal a subtle difference. If you look at most books and you run into a foreign phrase, like “me gustaria cinco cervezas para el desayuno”, that would be italics.

Or let's say you run into a book like “The Brain Audit”, that might also be in italics. In short, italics create a contrast. And that contrast tells the reader, “Hey, something is slightly different at this point, so pay close attention”. Italics do that crucial task without bringing too much attention to themselves, which when you think about it, is pretty cool.

And there you have it—three ways to transition.

The first was the hook at the end of the article, which could be a statement or a question, or a combination of both. The second was the numbering system like Method 2, or Strategy 3 etc. But first, second and third—or start, middle and finale could also be used to determine the location. And finally, we have Sarah's italics, which are incredibly subtle but takes on the conventional role of italics, which is to suggest a change of some sort.

As writers, we often second guess the elements we put into our writing. We look at a bank of articles we've written and see the elements as repetitive. There's a technique for writing the headline, the First Fifty Words, the subheads, the outlines—and now even this transition between ideas is being added to the list. Won't this seem super formulaic and completely turn off the reader?

No, it doesn't turn off the reader

We know this because we have watched those TV serials. They do this over and over and over. And yes, over again. Does it bother you when they have a hook at the end? Yes, we might be a little impatient when we're, and they summarise the last part, but in article writing, there's no summary when you move to the next part. You've moved from one section to the other flawlessly and let the reader know exactly where she is on the road. But that's only one of two reasons.

Your client will read one article, and before you send out the second, they're going to read about seventeen million e-mails, five reports, finish a quarter of a book and spend sixteen and a half hours on Facebook. There's no way on earth they're going to think about any formula you've been using.

And if you're still worried about appearing formulaic, then stop it. Why? Because almost every movie, every book, every story told also follows an almost identical formula. If you haven't noticed it yet, it's because the contents are interesting.

You too can make your contents exciting, but more importantly, you can get the reader to move gingerly through your article. They always know where they are and where they're going.

It's a small thing, this transition bit. But it's super important to keep the reader going.

Yet writing is a “language” like everything else. Learn the structure and you can learn to write without the frustration and faster than every before.
Click here for Free Goodies: Article Writing mini-booklet that helps you quickly improve your article writing
Click here to read about: The Article Writing Course