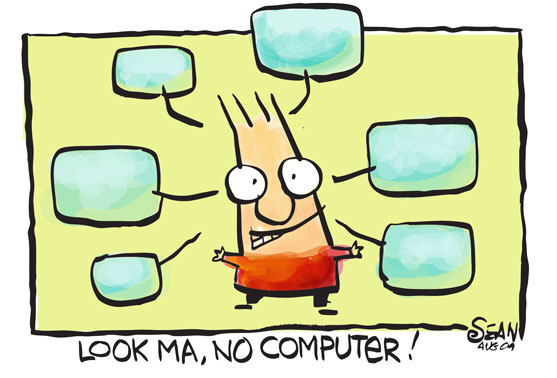 How to use article writing techniques to produce a book
Have you heard of the story of the ‘Goose that laid the Golden Eggs'?
What about ‘The Tortoise and the Hare'?
And surely you must have heard of ‘The Fox and the Grapes'.

And what do those stories have in common?
All of these stories are credited to a Greek slave who lived from 620-520 BC.
You know the name of this slave and story-teller: His name was Aesop, and his stories are well-known as Aesop's Fables.

But what has Aesop's Fables got to do with writing a book?
When writing a book, it's important to come up with an angle. Or a theme. Or a specific direction.

And here's where most writers go horribly wrong.

Most writers are too eager to start writing when they should be outlining and create the theme
The outline of any document, whether it be an article or a book rarely takes more than five-six hours at best. The writing of such a document can take weeks, and even months. And if you've not created an outline and theme, then hey you may get lucky and still put a document together, but luck is not a good strategy.

Because even as we go back to the 5th century BC we see a running theme.
1) Most of Aesop's fables aren't just fables: They are fables with a moral.
2) Most of them have foxes, lions, tortoises, hares, dogs, grasshoppers: You get it, right? They're mostly animal-based.

And of course we see the outline:
1) The story begins. (The tortoise and the hare have a race).
2) It has some drama and flow. (The tortoise is left behind, but soon overtakes the sleeping hare).
3) The story ends. (The tortoise wins, much to the hare's dismay).
4) There's a moral to the story. (Slow and steady wins the race).

So if we were to look at “The Long Tail” by Chris Anderson, we get the following on the Contents Page:
1) The Long Tail.
2) The Rise and Fall of The Hit
3) A Short History of the Long Tail
4) The Three Forces of the Long Tail
5) The New Producers
6) The New Markets
7) The New Tastemakers
Long Tail Economics.
9) The Short Head
And it goes on…

See? There's a theme. And there's an outline. But interestingly (and yes this is interesting) those eight chapters could almost be eight articles strung together.

And ironically the answer to the question of ‘How to use article writing techniques to produce a book' falls in place, doesn't it?
If all you ever have is a theme and an outline, you can even take seemingly unrelated articles and put them together.
And we see this with Jim Collins' book “Good to Great” (that has to date sold over 2 million copies).

1) Good to Great
2) Level 5 Leadership
3) First Who Then What
4) Confront the Brutal Facts.
5) A Culture of Discipline.
6) Technology Accelerators
7) The Flywheel and the Doom Loop
From Good to Great to Built to Last.

If you were to read this book, it's almost like reading seven or eight different books in a single book. Each of the chapters goes off on its own tangent. Yet what holds the book together is the theme. And the theme ties together the content to cohesively create a book.

But is there a rule of what to throw away and what to keep?
Sure there is. You keep the articles that loosely fit to the theme. When put together, these articles will form your outline and give your book the structure and flow. The articles that don't fit the theme can be kept aside. You can't have a 10,000 page book, so it's just a matter of picking articles that create chapters or sections for your book. Malcolm Gladwell's book on the “Tipping Point” had only three main sections. Jim Collins had eight. Chris Anderson had fifteen. Aesop apparently had 650 (though hopefully not in the same book).

So as you can see, throwing and keeping is just a matter of choice. Which of course, brings us to the moral of the story.

And what's the moral?
– Take a bunch of ‘articles.'
– Create a theme.
– Create an outline.
– Throw away the articles that don't fit the theme.

And you too can be like Chris Anderson, Jim Collins or Aesop.

And so the story ends.
And every writer that followed this method, lived happily ever after, and went on to write many a book…just by writing articles!

Want to get more goodies?
Next Step: More Goodies: Find the entire series on article-writing (articles not tips) in text and audio with cartoons!
Don’t forget: To share the article via twitter, facebook, email, blog or your newsletter